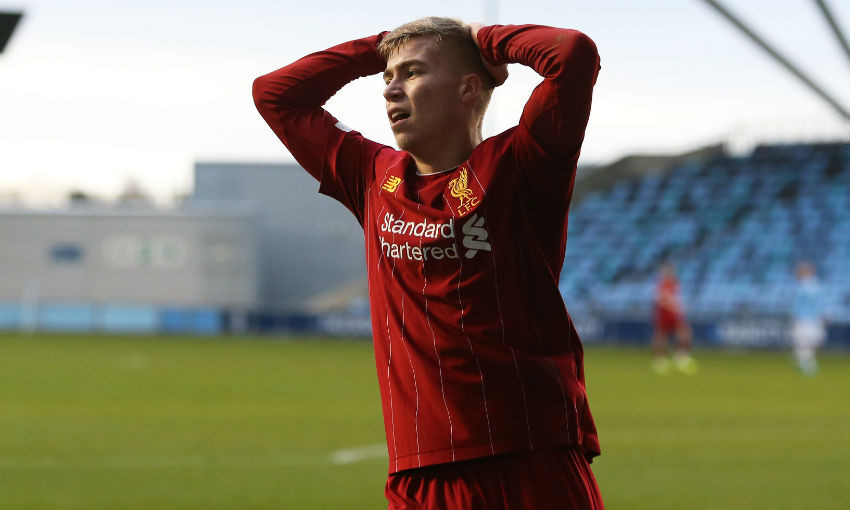 Liverpool U23s suffered a 3-0 defeat away at Wigan Athletic in the Premier League Cup on Friday night.

An Emeka Obi header broke the deadlock early on at the Lancashire FA County Ground and was followed by Divin Baningime's clinical finish in the 32nd minute.

The young Reds were unable to convert numerous chances in front of goal and their first defeat of the group phase was confirmed when Olly Crankshaw added the third during the second half.

The hosts made an encouraging start to the affair and Luke Robinson fired early notices to Neil Critchley's side about his threatening delivery from dead-ball situations.

Liverpool goalkeeper Ben Winterbottom had to be alert to tip over Robinson's free-kick from the right in the seventh minute.

However, he was beaten two minutes later when Obi was left unmarked in the penalty area. Robinson sent in a corner kick from the right as it was met by the towering defender to put Wigan in front.

Liverpool, though, responded well and had two opportunities to level. Joe Hardy's effort from a tight angle was saved by the feet of Bobby Jones before Jack Bearne fired wide when put through on goal by Jake Cain.

And the visitors were made to rue those missed chances when Baningime fired in to double Wigan's lead. Sepp van den Berg got a foot in to stop Charlie Jolley receiving a cross in the box, but the ball ricocheted towards Baningime in front of goal.

Liverpool could've halved the deficit right before the break, though Bearne headed wide from close range when Liam Millar fired across the face of goal.

Millar went close himself in the opening stages of the second half, with his drilled shot from the corner of the box going agonisingly wide.

But there was a positive for the Reds during the evening as Adam Lewis made a return to action after injury when he replaced Tony Gallacher for the final quarter of the match.

Wigan made it 3-0 with 13 minutes remaining when Crankshaw picked up the ball on the right flank and drove towards the Liverpool goal. The No.7 then proceeded to find the roof by rifling beyond Winterbottom and completing the scoring.