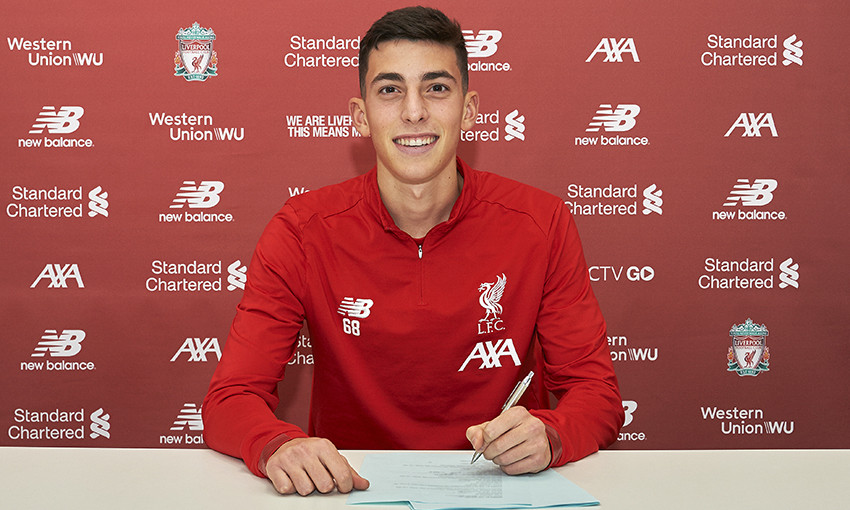 The midfielder, who turned 18 last month, is a member of Barry Lewtas’ U18s squad.

New York-born, Ritaccio arrived at the Academy in the summer of 2018 from BW Gottschee in his home city.

He had first been spotted by the Reds as a 13-year-old at a training camp for the US national team, though he also holds an Italian passport.

A tough-tackling and exciting player, Ritaccio started the season in fine form for the U18s but his momentum was brought to a halt by a leg injury.

Now well into his rehabilitation at the Academy in Kirkby, he is expected to return to action early in the new year.