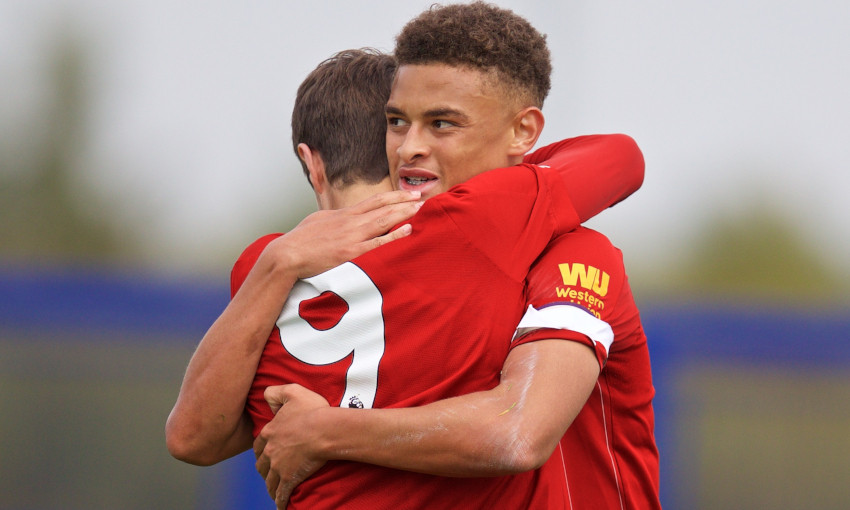 Liverpool U18s surged back from a goal down to clinch a brilliant 6-1 mini-derby victory over Everton at Finch Farm on Saturday morning.

Barry Lewtas’ Reds trailed to Tyler Onyango’s seventh-minute effort but struck twice in a matter of moments before the break, through Fidel O’Rourke and then Layton Stewart, to overturn the score.

Liverpool remained on the front foot in the second half and made sure of three points from the U18 Premier League North contest via a Reece Welch own goal, Jake Cain’s assured finish, Leighton Clarkson’s fifth and a last-minute goal by substitute Tyler Morton.

The emphatic result made it five wins out of seven for the Reds in the division and sealed a positive week after success in the UEFA Youth League on Wednesday.

Everton might have opened the scoring 60 seconds before they actually did.

Lewis Warrington found a pocket of space in the Liverpool box from a throw-in on the right and his prod at goal was stopped by Jakub Ojrzynski, as was the immediate follow-up from Rhys Hughes.

But the respite was short-lived and the Blues moved in front in that same seventh minute.

Hughes’ cross into the area was flicked on by the head of Dylan Thompson and off the post. The ball bounced out to Onyango, who took a touch and forced a finish through Ojrzynski. 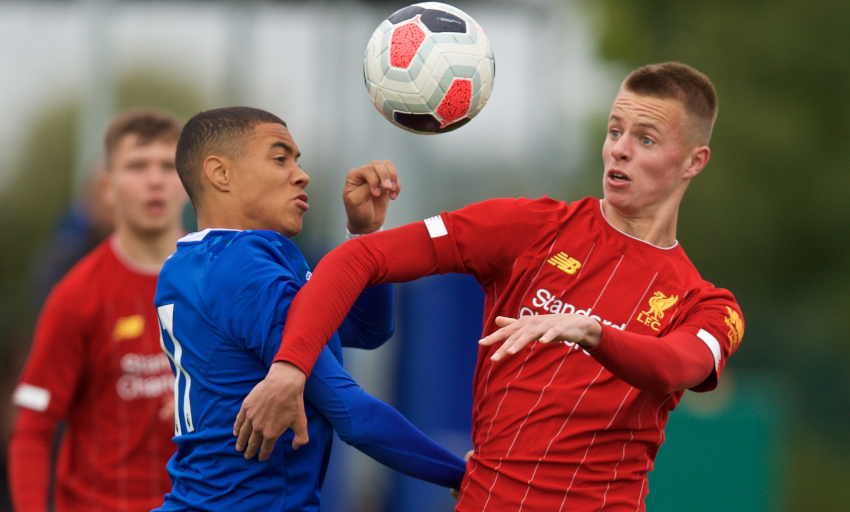 The goal instigated a series of chances at either end, Ojrzynski thwarting Lewis Dobbin’s low shot with his feet, before Niall Brookwell failed to convert from a promising position after a slick one-two in Everton territory.

Remi Savage next came close to equalising as Liverpool responded strongly, the centre-half’s back-post header cleared off the line by the hosts at the last.

For all of the visitors’ character, however, the home side – and specifically striker Thomas Cannon – were inches away from extending their lead on two occasions.

First his low drive from the right channel clipped the outside of the post, then, when a cross into the box caused problems on the half-hour mark, his outstanding sweeping volley thudded off the same area of the goalframe.

The Reds took full advantage and were ahead by the interval. 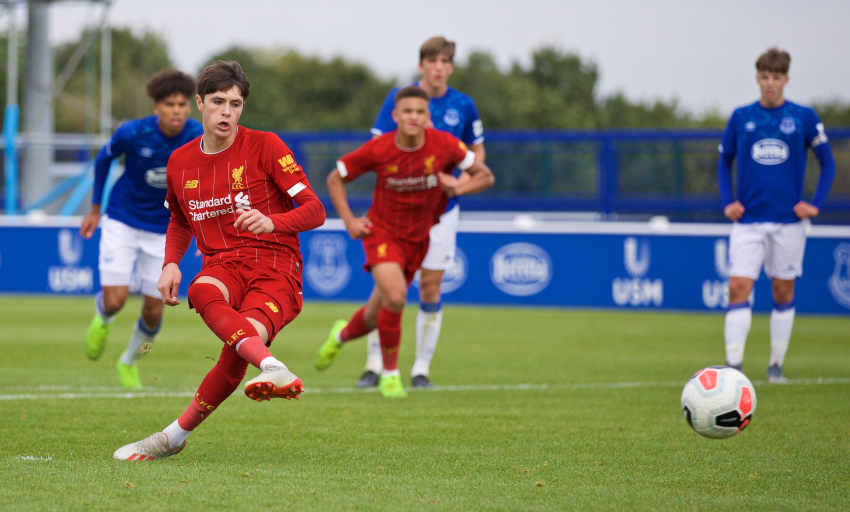 After Clarkson stole possession for Lewtas’ charges high up the pitch two minutes before half-time, Stewart slid a pass across the area for his fellow forward O’Rourke, who planted a low hit underneath the goalkeeper to level.

And within seconds, the referee awarded Liverpool a penalty. Seb Quirk fouled Owen Beck and Stewart took responsibility from 12 yards, successfully rolling his kick down the middle.

Both sides maintained their attacking impetus upon the restart and the increase in the Reds’ confidence as a result of the quickfire double was visible.

Billy Koumetio hit the woodwork with a close-range header on the hour mark but the visitors’ frustration passed when the third goal arrived seconds later.

Clarkson completed a one-two with Stewart in the left channel and drove forward. His delivery towards the middle was cut out by Welch but sent into his own net for 3-1.

Everton goalkeeper Jack McIntyre kept Liverpool at bay in the aftermath but would have been helpless had Koumetio not been off target with another header from a corner.

The Reds did get their fourth of the match on 71 minutes.

It came from a sweet team move, Cain threading a pass into Brookwell’s run into space along the left and darting into the Blues box to collect the return. His calm finish equalled the quality of the build-up and Lewtas’ team were three up. 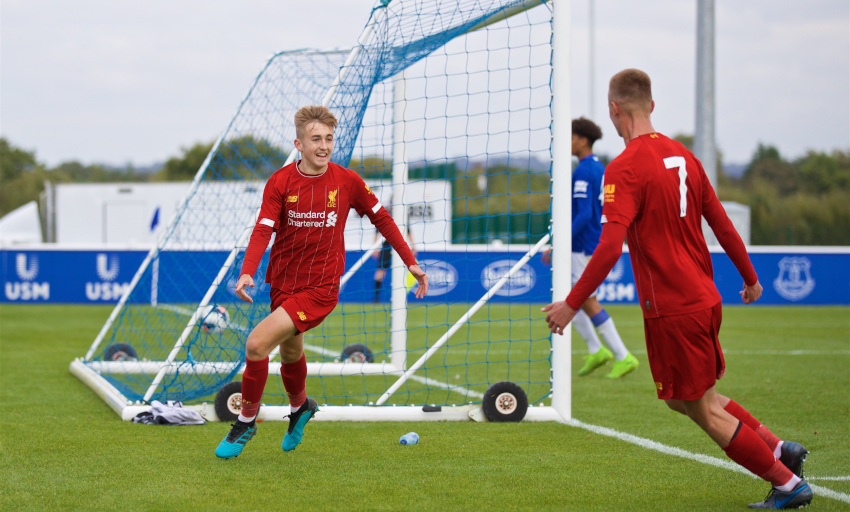 And they were not finished either; McIntyre made a fine save to push away a Brookwell blast in the 79th minute but Clarkson fired the loose ball back towards goal from the byline and it squirmed in through the ‘keeper.

Then, in the final minute of normal time, substitute Morton broke free in the box to sweep home and wrap up an emphatic comeback in the mini-derby.