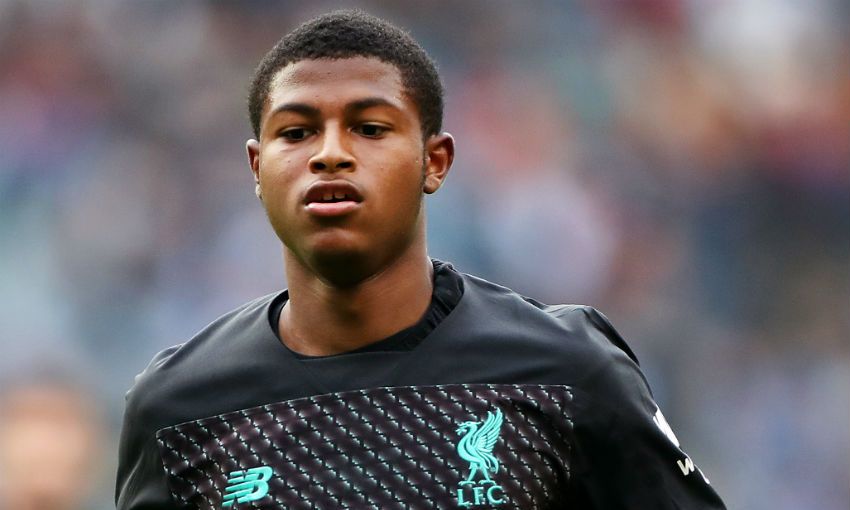 Rhian Brewster, Curtis Jones, Pedro Chirivella and Luis Longstaff were all on the scoresheet at the Staplewood Training Ground to give the young Reds their first win of the new season.

Brewster gave Neil Critchley's side the lead after 12 minutes of action but they were quickly pegged back by Will Smallbone's effort for the hosts.

Jones, captaining the team once again, made it 2-1 with 26 minutes on the clock before Chirivella added Liverpool's third in the second half.

Dan N'Lundulu's goal set up a tense finish but substitute Longstaff struck late on to get the Reds up and running in 2019-20 after defeats in their opening two fixtures.

It was an action-packed start to the affair on the south coast. Moments after N'Lundulu fired wide for Southampton, Liverpool went up the other end to break the deadlock.

It started with a neat one-two between Jones and Brewster. Jones was then afforded the space to run into the penalty area, with Brewster waiting in the middle.

Jones squared the ball to the 19-year-old, who made no mistake with a clinical side-foot past Harry Lewis.

A high press from Southampton saw them regain possession just on the edge of the visitors' 18-yard box. Smallbone advanced and then drilled beyond Caoimhin Kelleher to restore parity.

However, the Reds' response was perfect. A botched clearance from Saints stopper Lewis was pounced on by Chirivella before the Spaniard sent Jones through on goal with a perfectly-weighted pass.

Jones' finish ricocheted off the goalkeeper and trickled over the goalline to put his side back in the lead.

Southampton welcomed the half-time whistle after all three Liverpool forwards – Jones, Brewster and Harvey Elliott – went close to making it 3-1 towards the end of the first half.

There was an early let-off for Liverpool in the opening moments of the second period, with N'Lundulu grazing the post with a shot from a tight angle.

That scare, however, appeared to jolt Critchley's charges, who secured a two-goal lead shortly after. Morgan Boyes' header off a corner was parried as Chirivella reacted quickest to the rebound to poke home.

But the advantage was halved when N'Lundulu converted Jake Vokins' cross to hand the hosts a lifeline.

Then, Saints had two golden opportunities to level proceedings. Callum Slattery struck the crossbar with a looping header before Marcus Barnes could not convert when bearing down on goal as the match entered its final quarter of an hour.

However, Longstaff's strike wrapped up the points for Liverpool with six minutes remaining when his strike evaded a number of defenders and beat the goalkeeper.