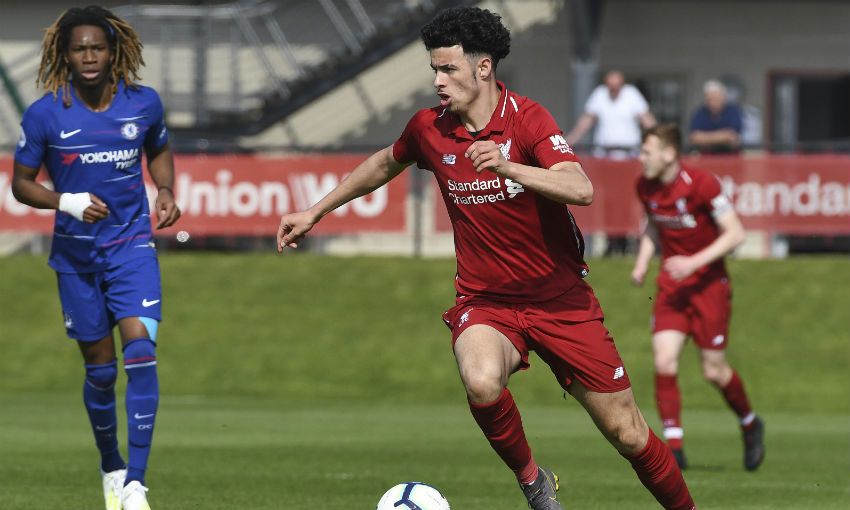 Curtis Jones scored a superb 86th-minute winner as Liverpool U23s came from two goals down to beat Chelsea 3-2 on Saturday.

Goals from Ben Woodburn and Abdi Sharif drew the young Reds level after Conor Gallagher's two first-half finishes had put the visitors 2-0 up at the Academy.

And a brilliant effort from Jones then secured all three points in dramatic fashion.

Neil Critchley's side were caught off guard and fell behind inside three minutes, with Gallagher tapping in Tariq Lamptey's cross from the right.

Caoimhin Kelleher then saved twice - from Tariq Uwakwe and Joseph Colley - to stop Chelsea from adding to their lead in the ninth minute.

The dominance from the visitors continued. The Blues continued to find joy down Liverpool's left side and doubled their advantage with 28 minutes on the clock when Gallagher was on hand again to convert Lamptey's pass from the flank.

But the hosts' response to the second blow was positive, and they received a lifeline in the 40th minute when Jones was fouled inside the box by Colley.

Woodburn took responsibility from the resulting spot-kick, sending Karlo Ziger the wrong way to give Liverpool hope at half-time. 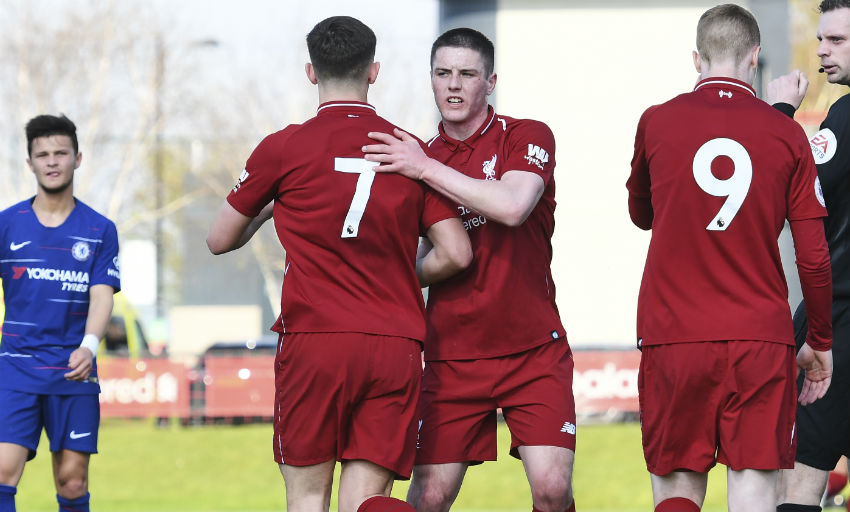 Liverpool continued to carry the momentum after the interval and earned their deserved equaliser five minutes into the second half.

After good hold-up play from Glen McAuley, Woodburn peeled off to the right and then found Sharif arriving at the back post for his first goal at U23 level.

Jack Bearne, the match-winner in the U18s' win at Everton last weekend, then came on to make his U23s debut and had an instant impact, providing the assist for Jones' winner.

Jones received possession from Bearne, turning and then beating numerous Chelsea players before unleashing a thumping effort beyond Ziger to complete the turnaround.