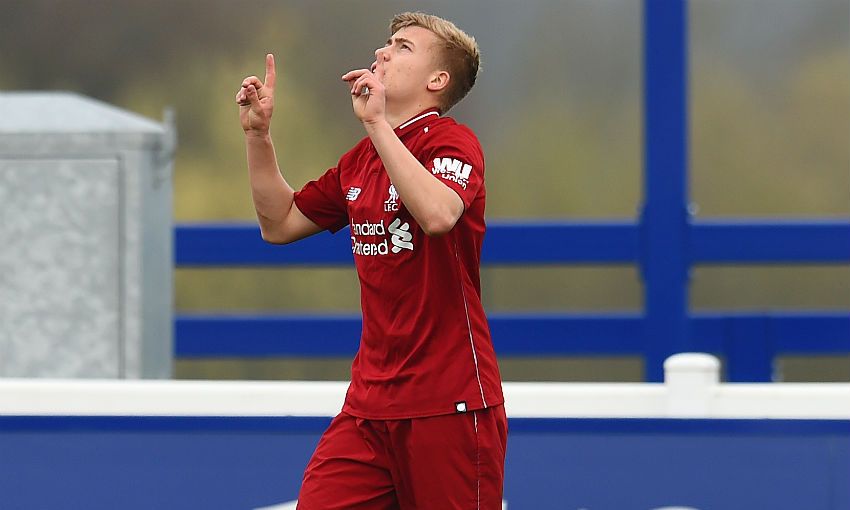 Liverpool U18s secured a double over Everton this season as Jack Bearne was the match-winner in Saturday's mini-derby.

Bearne scored the only goal of the game after half an hour at Finch Farm to maintain the young Reds' title hopes.

The result means Barry Lewtas' side continued their chase of Derby County at the top of the U18s Premier League North table.

Liverpool emerged the victors of a dramatic 4-3 encounter with their local rivals back in November and came through another end-to-end meeting on the winning side here.

After a number of early sightings for Everton forwards Ellis Simms and Lewis Dobbin, the visitors settled and began to assert control on the affair.

A perfectly-weighted pass from Leighton Clarkson then found Yasser Larouci, who advanced into the penalty area from the left-hand side and pulled the ball back.

Bearne timed his run to perfection as he met Larouci's cross to side-foot the Reds ahead. 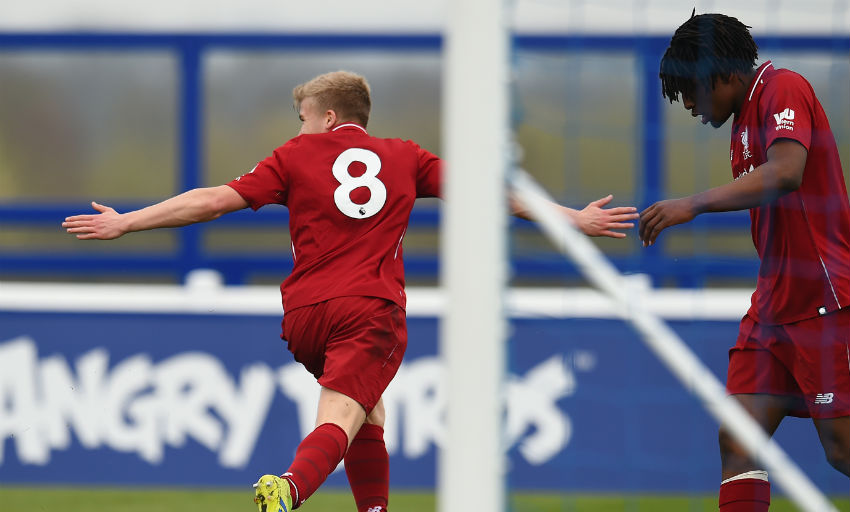 There were further chances at both ends in the closing moments of the first half. Simms went close on two occasions for Everton before Bobby Duncan was denied from point-blank range by Tyrer.

Liverpool emerged from the break looking to quickly double their advantage. Jake Cain forced Tyrer into another save, while Fidel O'Rourke fired just wide.

At the other end, Daniel Atherton pulled off a brilliant, outstretched save to stop another Simms goal-bound effort right on the hour mark.

Another opportunity fell to the hosts, with Mackenzie Hunt squandering an inviting opening to secure a point for his side.

Everton threw more players forward in a desperate search for one last chance. Liverpool held on, though, to keep applying the pressure on Derby at the top.