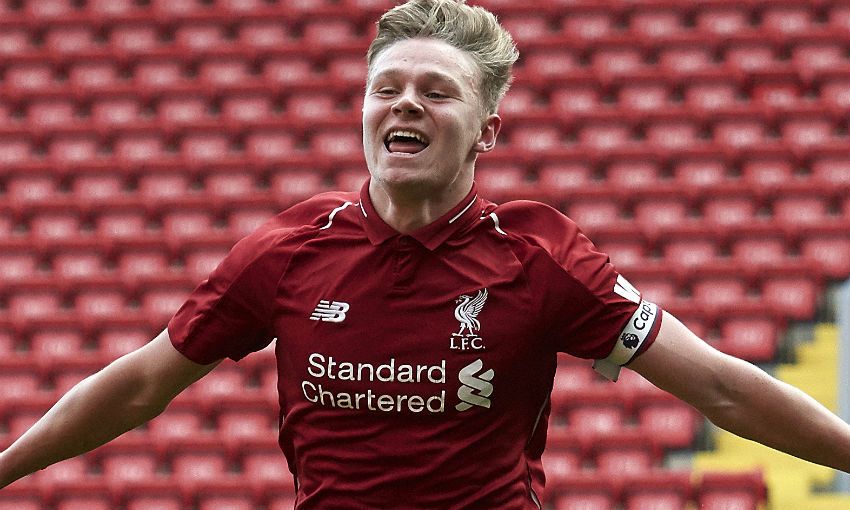 Paul Glatzel reflected on an Anfield debut to savour after his double led Liverpool into the final of the FA Youth Cup.

Young Reds captain Glatzel scored twice in the opening 25 minutes of his maiden appearance at the first-team stadium to earn a 2-1 last-four win over Watford on Sunday.

A final against either Manchester City or West Bromwich Albion now awaits Glatzel and co, who are seeking to become the first Liverpool side since 2007 to lift the Youth Cup.

And the Liverpool-born striker, who has now scored 28 times in all competitions this season, spoke of the pride felt by Barry Lewtas’ squad following their victory.

“It’s an unbelievable feeling. We’ve come here trying to get to the next round and we wanted to put in a performance for ourselves that we can be proud of and I think we have done that,” Glatzel told Liverpoolfc.com.

“We played well and got the result, which is the main thing, and we have the Youth Cup final to look forward to.

“We have all looked forward to it [playing at Anfield] for a long time now. The day has come, and everybody has performed and that’s what we needed to do. We are all proud.”

On his match-winning brace at the Kop end, Glatzel continued: “It’s a great feeling. I mean, you dream of it.

“Obviously, it’s not quite what you dream of because it’s not quite full yet. But it was a great feeling to score in front of the Kop and to do it twice is a good feeling.

“But it’s all about the team and we got the win. We can look forward to the final now.”

Liverpool’s hopes of winning a treble of U18 Premier League North, the Youth Cup and UEFA Youth League were dashed by last week’s penalty shootout elimination to Dinamo Zagreb in the latter competition.

That defeat in Croatia, Glatzel explained, provided Lewtas’ players with an added incentive to overcome Watford.

“We want to do well in every competition,” he said.

“Obviously, we didn’t quite make it in the Youth League - going out on pens, which is disappointing - but the boys have bounced back.