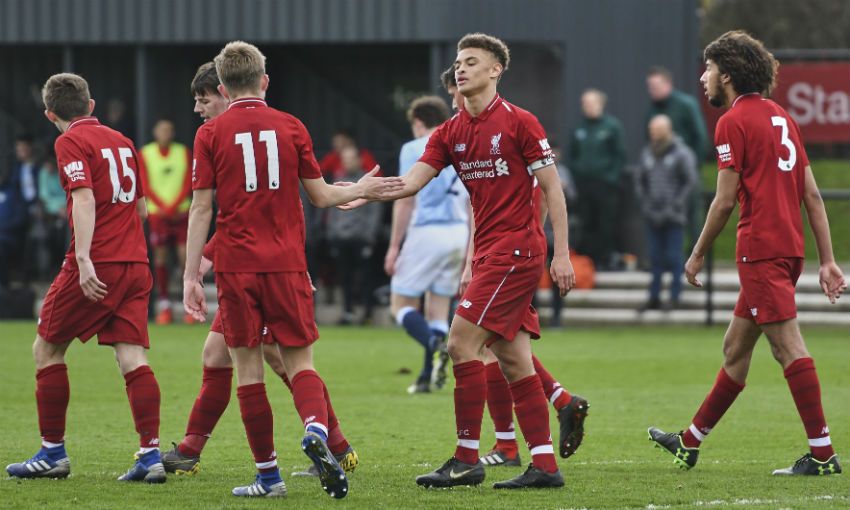 Neil Critchley on Anfield mini-derby and his consistent captain

Barry Lewtas’ side netted four times in the space of nine minutes once the visitors had equalised to make it 2-2 shortly after the restart.

The young Reds had earlier fallen behind to Vilius Piliukaitis’ second-minute strike, before Duncan and captain Fidel O’Rourke turned it around by the midway point of the first period.

Jalil Saadi’s goal then pulled Rovers back on terms, but U18 Premier League North leaders Liverpool - who made seven changes for the game - were in no mood to drop points.

A penalty by Duncan and Jake Cain’s fine hit from distance put them back in control, with Edvard Tagseth and Duncan’s 24th goal of the season extending their advantage further heading into the last 15 minutes.

A stoppage-time finish by O’Rourke completed the rout, which was watched from the sidelines by Trent Alexander-Arnold and Ben Woodburn and represents ideal preparation for Wednesday's FA Youth Cup quarer-final against Bury.

“Obviously we’re disappointed with the start to both halves. They went one goal up and could’ve gone two which would’ve made the job a lot more difficult, but I thought we responded really well to both them moments, and obviously to get the seven goals is good.” 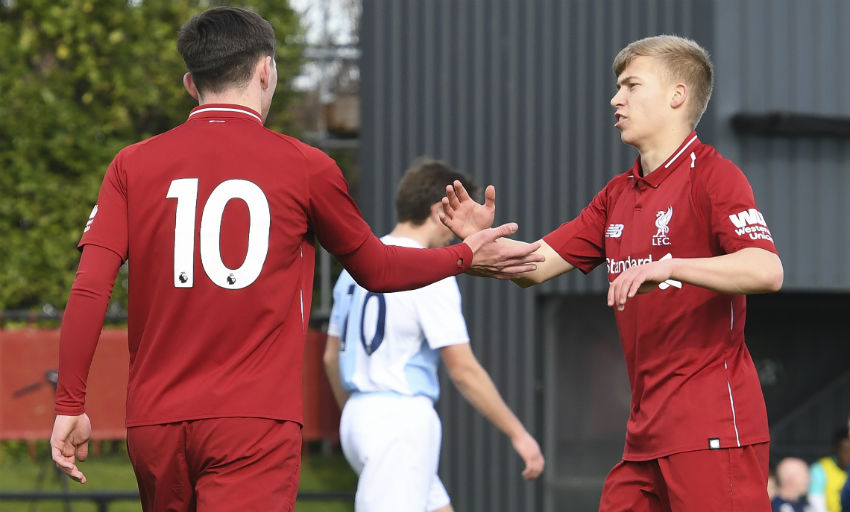 The sequence of play that resulted in Piliukaitis’ opener began with a Liverpool corner, with Blackburn transitioning from defence to attack rapidly thanks to Jack Vale’s powerful run down the right.

Remi Savage ceded possession to Vale and the forward burst away before pulling back to his Lithuanian teammate, who slotted a first-time shot past Dan Atherton.

Atherton made a valuable, brave save at Vale’s feet soon after but, once they’d cleared their heads, Liverpool began to assert their authority.

And, by the 12th minute, Lewtas’ team were level courtesy of Duncan.

Jack Bearne’s quick feet in the box afforded him two attempts on goal that were blocked, but the No.10 was on hand to volley home the loose ball in emphatic fashion.

The tide had well and truly turned, with the equaliser only serving to accelerate Liverpool’s ascendancy.

Elijah Dixon-Bonner rattled the post from range and O’Rourke slid Cain’s cutback wide before the skipper made amends in impressive style.

Cain zipped a pass into O’Rourke’s feet and his excellent first touch preceded a dart away from his marker in the area and a rising, right-footed finish that found the roof of the net.

The hosts went close again before the half-hour mark when Cain’s attempt was deflected wide, but Blackburn made it to the break without sustaining further damage.

And, within three minutes of the restart, the visitors were level, when Saadi converted Luke Brennan’s cross from the right at the back post.

Duncan then fired over the crossbar having worked an opening for himself in the box before, at the other end, Atherton made a fine stop to prevent Samuel Durrant.

The game appeared to be heading for a finely-poised final quarter - until, that was, Liverpool buried their opponents in an avalanche of goals.

Duncan’s second of the afternoon arrived from the penalty spot after Morgan Boyes had been hauled down, and Cain made it 4-2 in the 68th minute when he collected Matteo Ritaccio’s pass and coolly side-footed into the bottom corner from 20 yards.

Substitute Tagseth then got in on the act by intercepting James Connolly’s under-hit backpass and rounding goalkeeper Lewis Thomas before rolling in. 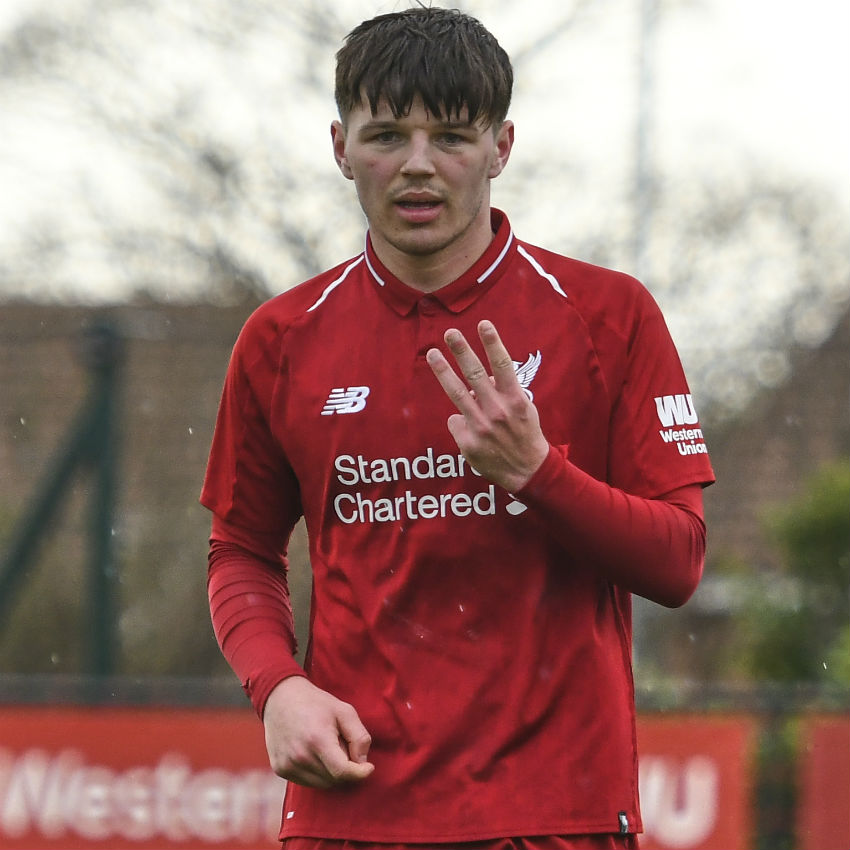 Soon after, Duncan reached his treble with a clinical right-footed finish after he’d been fed by strike partner O’Rourke, with the captain then rounding off the scoring in injury time.