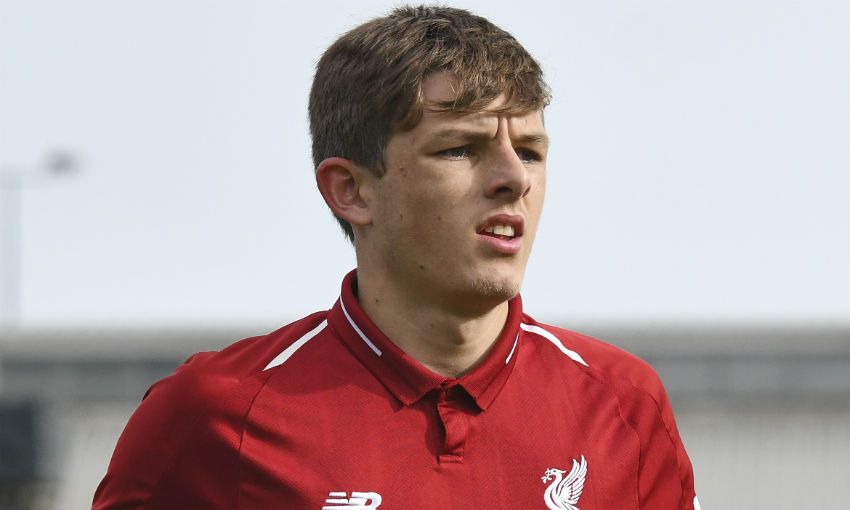 Leighton Clarkson rescued the young Reds in the north east, with the midfielder’s last-gasp strike enough to earn a point that takes Barry Lewtas’ side top of the table by virtue of Everton’s 4-2 loss to Stoke City.

Lewtas’ U18s have now scored decisively in injury time on five occasions in the league this season, and the manager felt his team’s latest feat of escapology was fully merited given the balance of play throughout the 90 minutes.

“They defended quite deep and looked to catch us on the counter-attack,” Lewtas told Liverpoolfc.com.

“It was hard, they were a tough team to break down. We created a few chances but just didn’t get that elusive goal, which is the only disappointing part of the performance, really. We just couldn’t create that final pass, that final cross to finish and they scored against the run of play in the 65th minute.

“But in fairness to the lads, we kept playing, we kept trying to break them down and then we equalised in injury time again.

“Sometimes those games can be really difficult. I think although we were patient in our attack and the way we tried to play, they defended ever so well: they blocked, they cleared and we had to start again.

“It’s good experience for the boys, we’ve had a number of those games now, but sometimes you’ve got to give credit to the opposition. They blocked when they needed to block, they cleared when they needed to clear. They were in good positions to clear when we crossed the ball, so it was one of them. 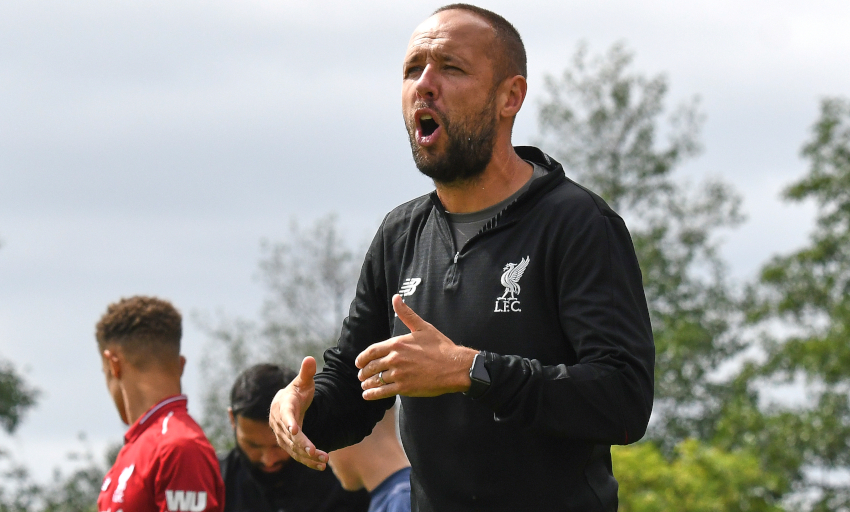 With Everton and Manchester United - who were held to a 2-2 draw by Blackburn Rovers - also failing to win this weekend, Liverpool now sit a point clear at the summit of the U18 Premier League and have a game in hand on each of their closest rivals.

That match comes against Stoke at the Academy on Wednesday - and Lewtas is in no doubt that the young Reds are in for a challenging test versus the team that defeated Everton on Saturday.

“We’ve said to the boys that it’s great that it’s so close at the top of the table but we don’t want to be chasing results week in and week out because I don’t think that’s really healthy,” he continued.

“But we’ve got to keep chasing good performances and we’ve said that if we perform well, the results will take care of themselves. If we can keep performing to our levels until the end of the season, we’ll see where that takes us.

“They’ve got to look after their own business and we’ve just got to keep focused on ours. We play Stoke on Wednesday and I know how tough that’s going to be.

“Everton were in a tough game today against good opposition, and we’ll be in the same on Wednesday so we’ll see how we do.”