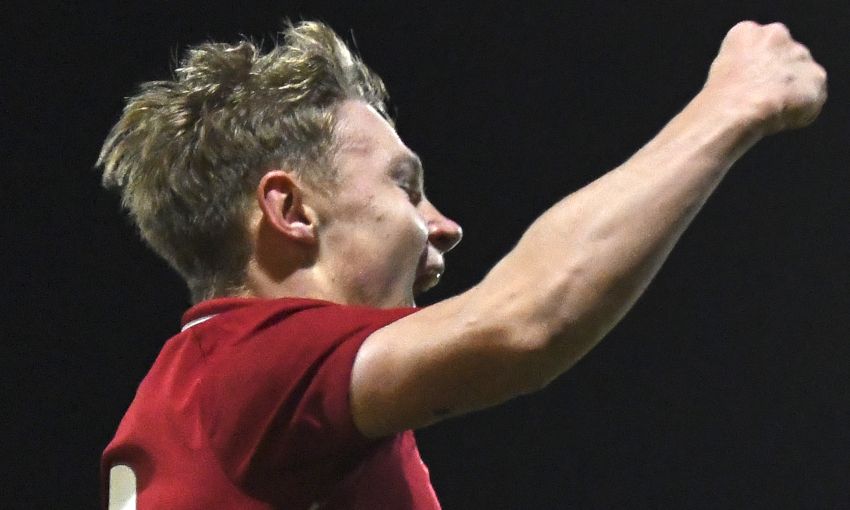 In the final stages of an encounter that had lacked opportunities for long periods, the striker – who celebrates his 18th birthday on Wednesday – pounced on an Abdi Sharif assist to convert from close range.

It was Glatzel’s first strike at U23 level but his 23rd of the campaign overall and proved the difference between the sides at Chigwell Construction Stadium.

For all the commitment and energy from both teams in the opening 20 minutes, genuine goalscoring chances were rare, with the Hammers perhaps enjoying the better of it.

And it was they who launched a futile appeal for a penalty midway through the half, when a strike by Ajibola Alese struck George Johnston en route to goal.

In one of the cleanest passages of play, West Ham’s Jahmal Hector-Ingram made ground with a direct dribble along the right flank on 28 minutes and lifted an inviting cross to the edge of the Liverpool box.

Oladapo Afolayan was there to meet the ball with a first-time hit that was sent too close to goalkeeper Shamal George to cause any real concern.

The most promising avenue for Critchley’s side had been through balls to the runs of Glen McAuley and Glatzel, with both finding space but unable to exploit it fully.

They did combine five minutes before the interval, though.

McAuley used time on the right-hand side of the West Ham box to pick out his fellow forward in the middle and Glatzel’s low shot was blocked by the recovering Kristijan Belic.

The stalemate of the opening 45 minutes continued into the early stages of the second half, though Curtis Jones did get a sight of goal just shy of the hour mark.

Glatzel’s hard work deep in the left corner paved the way for the opportunity but, having spun around the marking of Alfie Lewis in the area, the Reds No.10 fired straight at the goalkeeper.

The Hammers carved out a clear chance at the other end soon after, substitute Dan Chesters sliding in Mesaque Dju on the left, but the final finish flew harmlessly off target.

And, instead, it was Liverpool who found the breakthrough on 77 minutes.

Connor Randall intelligently nodded a long diagonal to the right into the forward run of substitute Sharif and he squared for Glatzel to rush in and force home the winning goal from yards out.

McAuley knocked a stoppage-time effort off the near post after scampering free near the right corner flag, but the visitors had done enough for a hard-fought win.