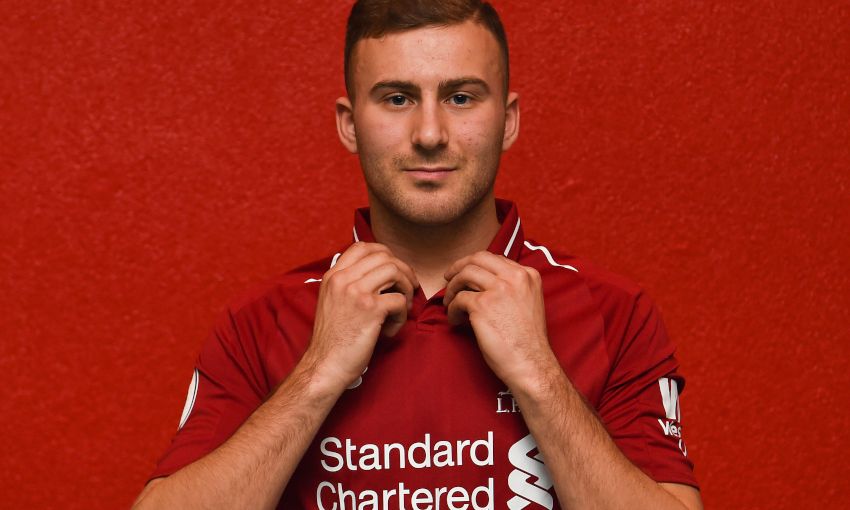 Herbie Kane has vowed to continue the hard work that earned him a new Liverpool FC contract and an extended loan spell with Doncaster Rovers.

The midfielder was an ever-present for the Reds’ U19s in the UEFA Youth League last season, scoring three goals during their run to the quarter-finals.

This term, Kane has shown a penchant for long-range strikes in a productive stay with Doncaster, which has now been prolonged until the end of the campaign.

Shortly after signing his new deal with Liverpool at Melwood on Friday, the 20-year-old sat down with Liverpoolfc.com to discuss his recent progress and long-term aims to make the step up to the first team…

Herbie, congratulations on your new contract. What does a show of faith from a club like this mean to you?

It is massive, coming from a massive club like Liverpool, so I’m happy. When I first found out I was excited.

It is always a special day for any player coming in to sign a new deal, can you talk us through your emotions?

Driving in, I was excited to get it done. It took a lot of hard work to get this, but thankfully it is done.

Who is the first person that you phone when you get news like this?

My dad, and then my mum; I made sure they knew first and obviously they were excited and pleased when I told them.

Is this an occasion that makes you realise how much you want your future at Liverpool to be bright?

Yes, definitely. Signing a contract means I want to stay at such a massive club, so I’m pleased and hopefully I can carry on working hard and get to where I want to be.

We’ve seen so many young players come here and be given a chance at Liverpool – does that influence you and why you want your future to be here as well?

Definitely, it influences me a lot, I’ve just got to keep working hard and hopefully I’ll get an opportunity like other people have.

You’ve been on loan at Doncaster this season, 26 games and six goals so far, has it been exactly how you wanted it to be?

Not far off, but it has been tough. I’ve enjoyed every minute of it, to be honest, I’m just trying to do as well as I can for myself and help the team, but also trying to improve. Hopefully people at Liverpool notice that I’m doing well, and hopefully when I come back to Liverpool it will impact it. 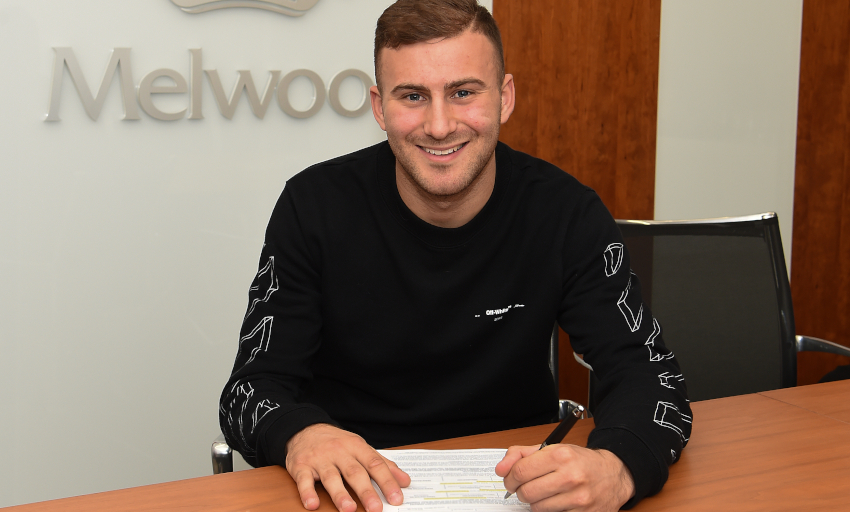 It is a massive step from the U18s or U23s to a first-team environment, like the one you’ve made at Doncaster. Is it a completely new level?

What are the factors you’ve noticed most since being at Doncaster that have made you realise what first-team football is all about?

Playing in front of crowds and playing for three points when it matters. Winning is the main thing, obviously everyone wants to win in the team and it is competitive too, everyone’s trying to get a place in the team.

Liverpool put a lot of work into finding the right club for players to go out on loan to. Why do you think Doncaster has been a good fit for you so far?

I think they have a similar playing style to the first team at Liverpool, off the ball and in terms of reaction, and also playing with freedom. It is parts of the game that I’m used to anyway just from being at Liverpool.

Do you already feel a different player, that the time there has improved you?

I feel more mature. Playing in a first team makes you more mature; I feel like I’ve improved and I’ve just got to carry on improving.

Yes, Neil Critchley texts or rings me asking how I’ve got on in my games. Jools [Julian Ward, loan pathways and football partnerships manager] texts me, I know he’s been to a few of the matches as well, so they are showing that they are still keeping an eye on me, which is pleasing.

Do you keep in touch with your teammates here as well?

We have a group chat, that is how we keep in contact, so we all know what’s going on and how well we’re doing. I like to know how the U23s are getting on.

You’re heading back to Doncaster now – what are your aims and ambitions there for the rest of the season?

Just to play as well as I can, I want to get as many goals as I can and help the team as much as I can to get them promoted, and try to improve the things that I feel I need to work on myself.

Looking at your future at Liverpool, how do you visualise your pathway here now, is it all about coming back in the summer and making a big impression?

Are you motivated by the thought that one day you’ll get your chance in the first team? Do you allow yourself to dream that far ahead?

Sometimes, but obviously I know how much hard work it takes, so every day I’m working hard to try to take that next step into the first team.