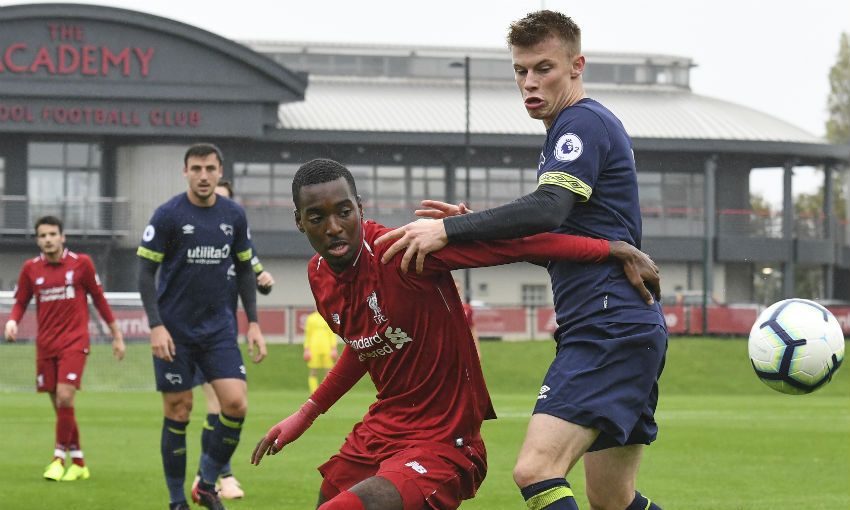 'Melwood training is intense but you have to impress'

A second-half turnaround condemned Liverpool U23s to a 3-2 defeat to Derby County on Sunday.

Matty Virtue put the young Reds ahead early on in an evenly-matched Premier League 2 contest at a rain-drenched Academy, before goals by Calum MacDonald and Jacob Butterfield saw the visitors take the lead.

Midfielder Isaac Christie-Davies, who had an effort cleared off the line prior to MacDonald’s leveller, then curled Liam Millar’s cut-back into the top corner to equalise 13 minutes from time.

However, Louie Sibley took advantage of a fortuitous ricochet off Juanma and Neco Williams to prod in a late winner for Derby. 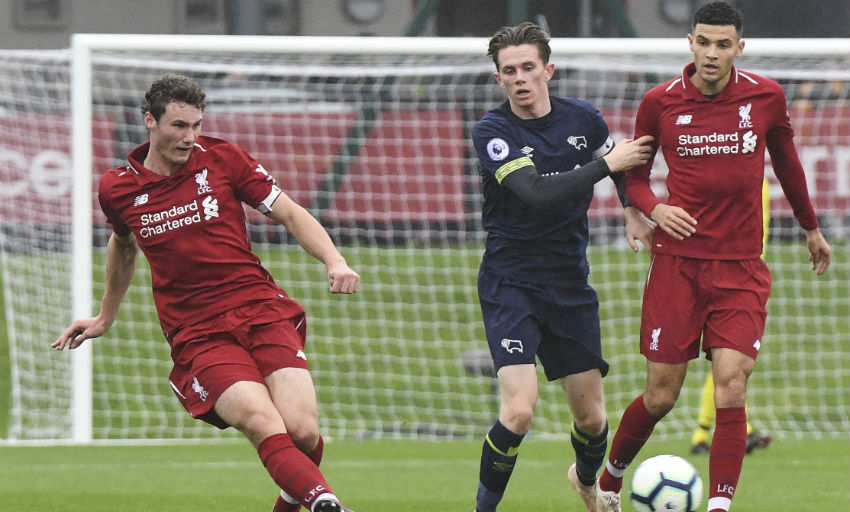 There was little to choose between the sides during an evenly-matched first half, but the period’s high watermark in terms of attacking quality brought about the opening goal for Neil Critchley’s team 17 minutes in.

A rapid one-two between Adam Lewis and Ben Woodburn down the left - which was facilitated by Rafael Camacho’s clever pass out wide - enabled the former to whip in a low ball across the face of goal.

And a trademark surge into the box from deep by Virtue saw the Liverpool skipper slide home at the front post. 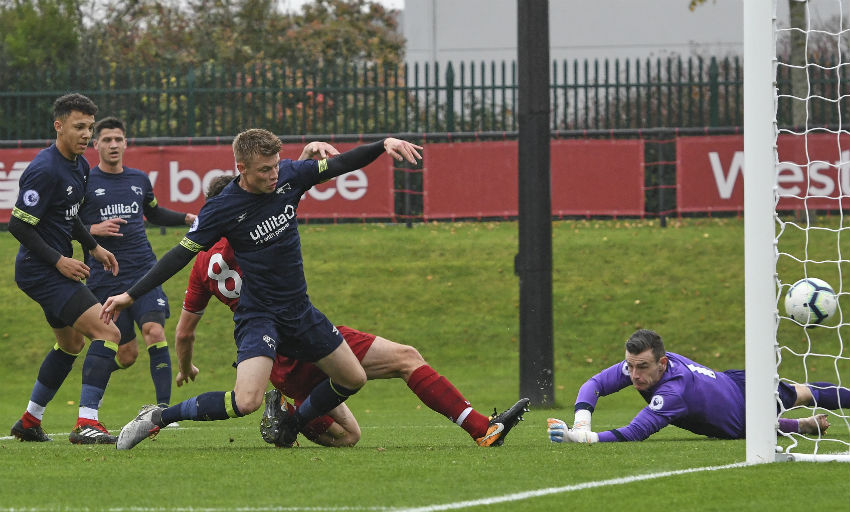 Derby, boasting the experience of three senior players in Butterfield, George Thorne and Alex Pearce, responded well to going behind and Cameron Cresswell looped a header wide, before a goal-saving, last-ditch block by George Johnston denied them just before the break.

Christie-Davies went agonisingly close to doubling Liverpool’s lead in the early stages of the second half when his shot was hacked away off the line - and, perhaps buoyed by that narrow escape, Derby launched a fightback.

First, McDonald headed in from a corner and then Butterfield bundled his way into the area from midfield and saw his lifted finish over Caoimhin Kelleher deflect off Juanma and in.

Lewis rattled the post with a long-range free-kick before Christie-Davies put the hosts back on terms in fine style.

It was Derby who would go on to snatch all three points, though, with Sibley settling matters from close range.