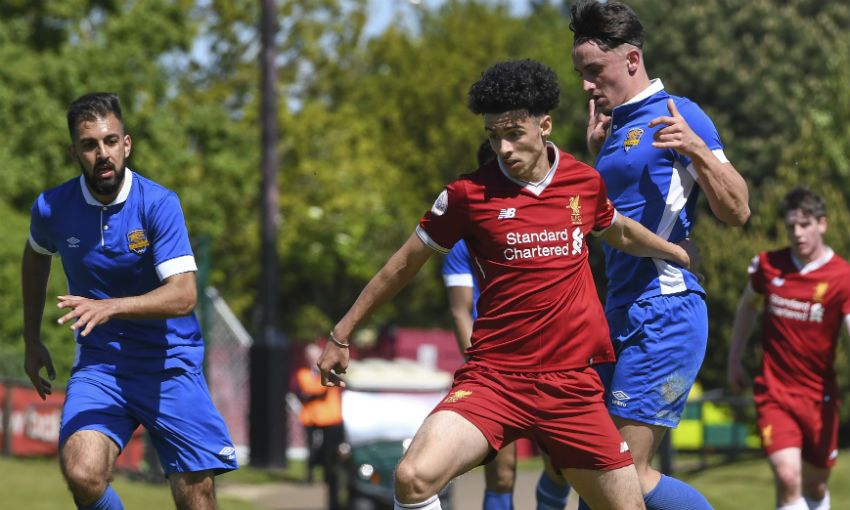 Liverpool U23s rounded off their campaign with a 4-1 victory over Panjab FA in Monday’s end-of-season friendly at a sun-drenched Academy.

Neil Critchley’s side, who secured second place in the final Premier League 2 standings last week, fell behind in Kirkby when Cameron Bhandel headed in the rebound from a penalty saved by trialist goalkeeper Ross Sinclair.

But they reacted well to that 19th-minute setback and goals from Adam Lewis and another trialist, Angel, meant they went in 2-1 up at the interval.

Substitute Herbie Kane then added a long-range third 15 minutes from time before Bobby Adekanye netted a late fourth as the young Reds signed off for 2017-18 with a comfortable win. 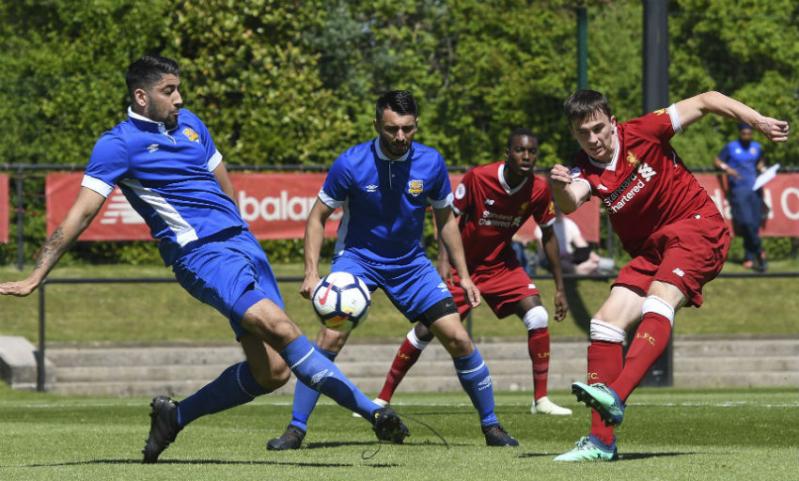 The hosts’ first attempt on goal arrived six minutes in.

Curtis Jones fed Angel down the left, and his searching cross was collected and then fired wide by Liam Millar.

Jones was again the architect of Liverpool’s next opportunity, as his trickery ended in a shot that looped onto the head of Rafael Camacho via a deflection, only for the forward to nod wide.

However, Panjab’s first meaningful attack led to the opening goal.

A penalty was awarded after Armavir Sandhu had been felled in the area by Sinclair, who then parried away Armar Purewal’s spot-kick brilliantly but saw Bhandel nod in the rebound.

Critchley’s team were not behind for long, though.

The Panjab defence could only partially clear the danger following a corner taken by Jones, and George Johnston teed up Lewis to calmly stroke home the equaliser. 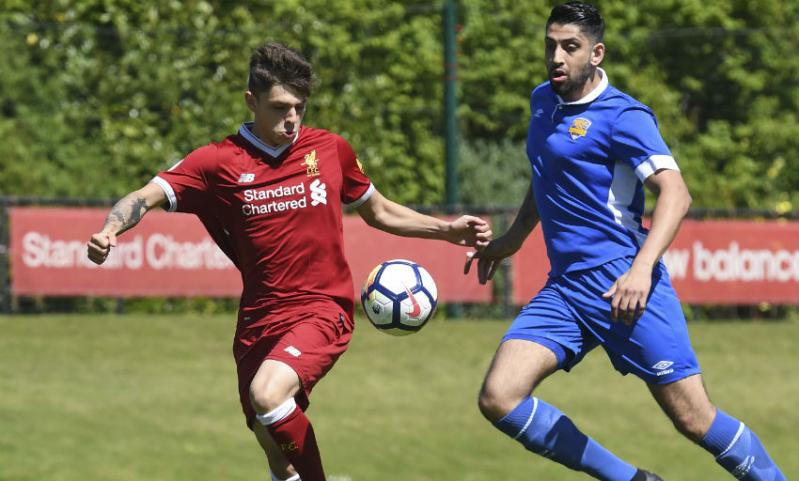 Angel missed an excellent chance to put Liverpool ahead when he volleyed Adekanye’s delivery wide - but, just two minutes later, he made amends in style by driving a low, 20-yard effort into Yousuff Butt’s bottom corner.

Butt then made a superb stop to repel Lewis’ diving header and keep the visitors within one goal of Liverpool at the break.

Purewal cleared Sinclair’s crossbar as Panjab sought to level the score early in the second period, but the home side quickly regained control of proceedings.

Abdi Sharif and Glen McAuley both went close midway through the half - the former heading against the bar after the latter had shot wide - and Juanma sent a wayward effort off target after dribbling his way into the penalty area.

However, Kane found the net when he clipped the ball into an empty goal from distance after Butt had scuffed his attempted clearance of the midfielder’s raking long pass.

And Adekanye put the gloss on a comprehensive victory when he converted from close range five minutes from time.