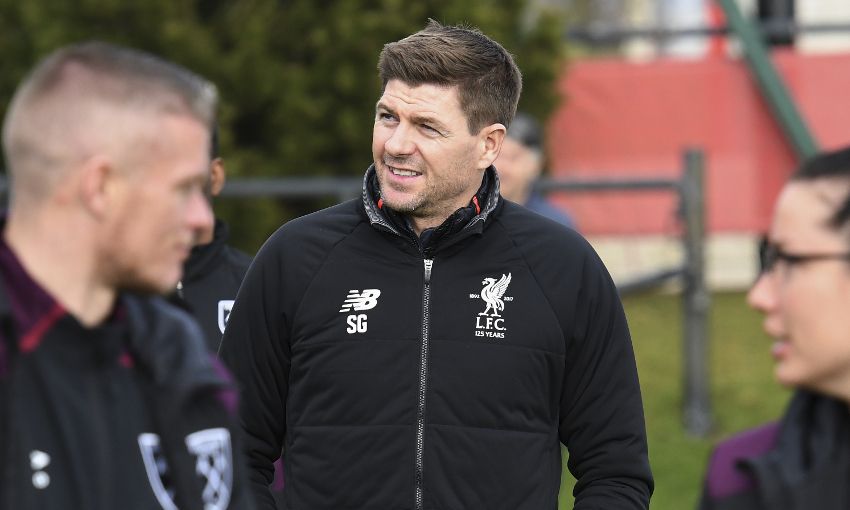 Jürgen Klopp declared his happiness for Steven Gerrard after he was today confirmed as the new manager of Scottish club Rangers.

The agreement was announced on Friday afternoon, meaning the Reds legend will leave his role as U18s boss at the Academy to begin his tenure with the Glasgow-based side ahead of the 2018-19 season.

“How I know it, Rangers are a big club in a little bit of a difficult moment still but a much better moment than a few years ago. It could be a really good fit, it could be nice, coming closer to Celtic.

“Stevie is one of the best midfielders ever. Now he wants to be a manager. He has the passion for football and the knowledge about football. All the rest is to learn; I’m sure he learned a lot in the last year.

“I’m really happy for him to have the opportunity.”

After taking up a coaching position at the Academy in February 2017, Gerrard took the reins of the U18s at the beginning of 2017-18 and led the youngsters to third place in the league.

He also oversaw the U19s’ progress to the quarter-finals of the UEFA Youth League, where they suffered a penalty shootout loss to Manchester City.

Everybody at LFC wishes Steven the best of luck in his new role.

Gerrard on Man Utd test and first season in charge