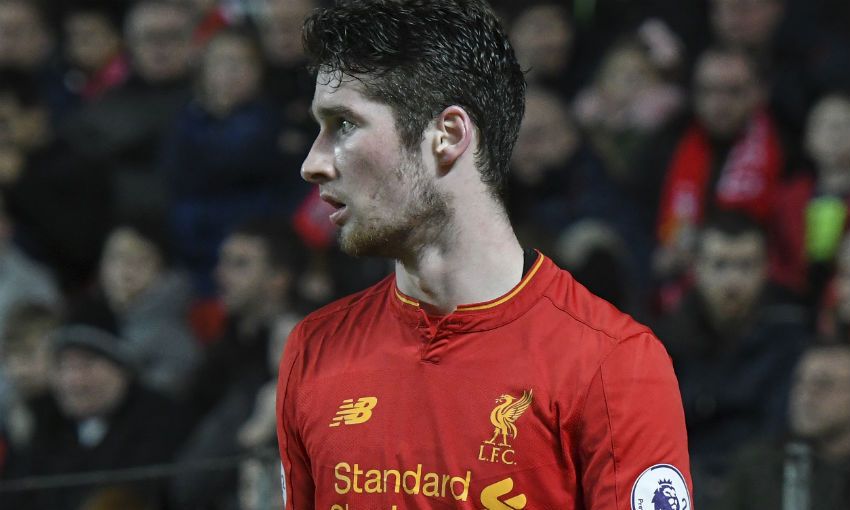 Brewster: I showed I can offer both goals and assists

“Every time you put a Liverpool shirt on, it’s an opportunity,” the versatile Reds U23s defender tells Liverpoolfc.com.

“Every game, you’ve got to treat it as an opportunity, because you don’t know what the manager’s doing. He could be watching, or he could watch a video of the game, you just don’t know.

“And if you do get the chance to get down to Melwood to train with the first team, that’s a massive opportunity.”

Whelan, it’s fair to say, does not lack focus or ambition.

Having seen a number of his Academy peers make the step up to become involved with Jürgen Klopp’s squad this season, the 19-year-old wants to follow that same path.

“That’s the aim. We train here every day with a great set of lads and we get first-team players dropping in now and again and their attitude is always top class. So definitely, you’ve got to aim for that - at the end of the day, that’s the final goal,” Whelan says.

“Every day you’ve got to work hard. I don’t think you can miss a day, you can’t come in to your place of work and think ‘I’m going to put 60 per cent in today’, because that won’t get you to where you want to go.

“I want to work hard, impress the staff here and hopefully get a call to go there and then impress the manager.

“You’ve got to put yourself out there. You can’t go there to make up the numbers, you’ve got to go there and say ‘right, I’m ready, I’m here and I want to stay here’.

“I’m sure the lads that have gone there have done that and that’s why they’ve stayed there. I think that’s key.”

A lifelong Liverpool fan who joined the club at the age of 10, Whelan has established himself as a regular in the U23s side this season.

Last month, the Chester-born youngster made his bow for the Republic of Ireland’s U21s, for whom he qualifies through his father and grandfather, in a European Championship qualifier against Kosovo - one of many topics we discussed on a cold, drizzly April afternoon in Kirkby.

From international debuts to ‘Prison Break’, and Steven Gerrard to roast dinners: This is ‘Meet the Academy’ with Corey Whelan…

Watch Liverpool U23s host Manchester City on Monday (7pm BST kick-off) live on LFCTV or LFCTV GO. Click here for details on how to sign up for either service. 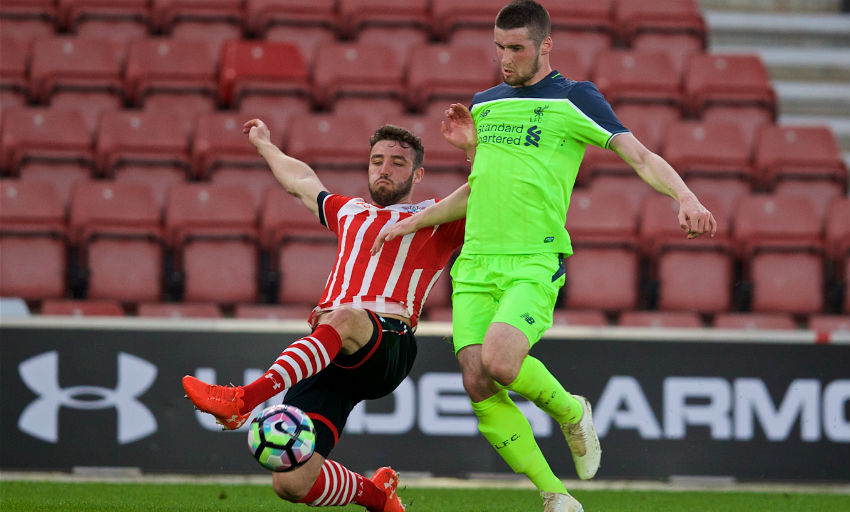 So, 16 appearances for the U23s and an international debut at U21 level. You must be pleased with how this season has gone for you?

“Yeah, I am pleased. I was starting a lot at the start of the season and then had a phase when I was out of the team with players like [Mamadou] Sakho and Tiago Ilori coming down which was frustrating for me, but I kept my head down, kept working hard and knew there would be a break some time in the season.

“With those lads going on loan then it’s allowed me to come in, whatever position I’m asked to play.”

Did you speak with Mike Garrity and, before he left for Brazil, Michael Beale about your frustrations?

“I had numerous chats with them. The message they put across was really encouraging - they told me it was nothing to do with my performance level, my performance hadn’t dipped, but I just had to keep working hard in training and put myself out there.

“But them [Sakho and Ilori] being around here, they’ve had experience in the game that hopefully in the future I want to have, so it was nice to learn off them in that respect as well.”

How did you find playing international football at U21 level?

“It was good. It was a lot different to club football, because obviously we’re playing for results here but when you’re playing at a level like the U21s in a Euro qualifier, the result is literally all that matters, it’s not about development. So it’s another string to my bow, really.

“I’ve gone out there and the manager’s worked all week on set-pieces, on things that you won’t get exposed to at your club. So it was different, but I definitely enjoyed it. It was a good game, we won 1-0 so got three points on the board early, and we’ve got other good games coming up so hopefully I’ll be selected for them.”

You've supported Liverpool all your life - what's the story behind that?

“I was swayed towards it by my dad, he’s a big Liverpool fan. My mum’s actually a [Manchester] United supporter, so the family’s a little bit split, but just everything about this club, it just edged me that way and I’ve supported the club ever since I was little.”

Who did you play for before, and what did it feel like when you found out Liverpool wanted to sign you?

“I came from Crewe, where I started off in the pre-Academy at the age of four or five. I went through the ranks there, spent the U9 season with Crewe, and then came here in U10s.

“It was overwhelming because I’d played my football at - no disrespect to Crewe here - a lower level, and you don’t expect such a big team to come in for you. It really didn’t take me long to decide that I wanted to come and sign here.”

Who was your favourite player growing up and why?

What’s it like having him here at the Academy, then?

“It’s top class. I don’t think he wants people to judge him on being a player - he wants to learn from us as well because the coaching thing is new to him. I’m looking forward to working with him at every opportunity I possibly can.”

They say you should never meet your heroes…

“I don’t think that’s a problem with him! I’ve chatted to him a few times and he just seems like a dead down-to-earth fella. He’s just like another coach now really, but obviously it’s nice to have him here because he’s played at the top level, played in big games throughout his career, so there’s a lot to learn from him.”

What's it like to play in front of him? A few of the lads have said that it makes you want to perform better…

“Definitely. I think whenever the Academy staff are watching - Alex Inglethorpe, Mike Garrity, anyone could be watching from the windows, you just don’t know. Obviously there’s a bit more of an urge [to play well in front of Gerrard], especially when you haven’t played in front of him before. It’s definitely good and obviously you want to impress everyone you can at the club, because you want to go as far as you can here.” 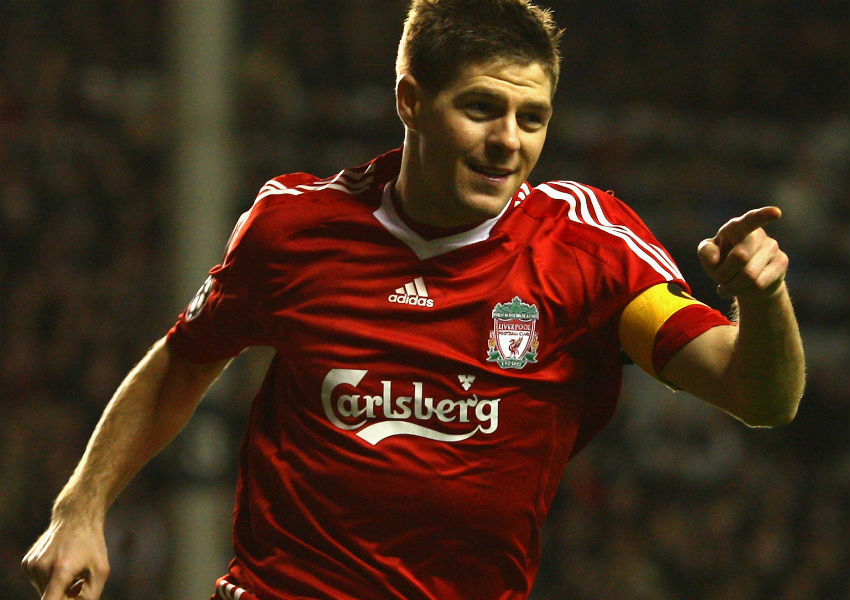 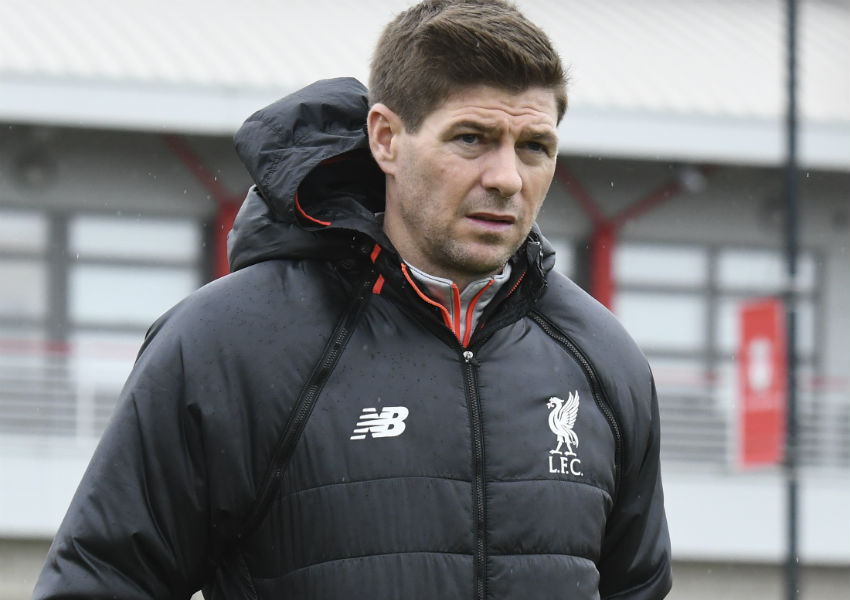 What kind of player are you?

“I’m versatile. I’ve played centre-half, left-back, right-back, wing-back and midfield this season, so I’m definitely versatile. I can use the ball well, I’m a good ball player and I’m not fazed by having the ball at my feet, I’ll always love being on the ball.

“I’m strong defensively. I’ve still got things to work on, definitely, which I’m doing every day here with Tim Jenkins. I think all the defensive lads are working on everything they can in their game because when you get to the higher levels then the tempo speeds up, the physique of people gets bigger, so you’ve got to work every day here to try your best to match that.”

Is there a particular part of your game you’re working on at the moment?

“We come together as a defensive unit and work solidly for half an hour, 40 minutes on one thing. Lately it’s been blocking - getting one v one, don’t get square, forcing people to the lines, getting them in a part of the pitch that you want them in so it’s easier for you to defend. That’s been progressing very well and we’re happy with the way it’s going.”

“I haven’t got one. I was speaking to Michael Beale before he left and he didn’t really know what position I was, and I don’t think I’ve found it yet. Being versatile helps me, because if I can’t play somewhere because the manager’s got someone else there, I can go elsewhere and play. That definitely helps me fit into teams more than players who can maybe only play in one position.” 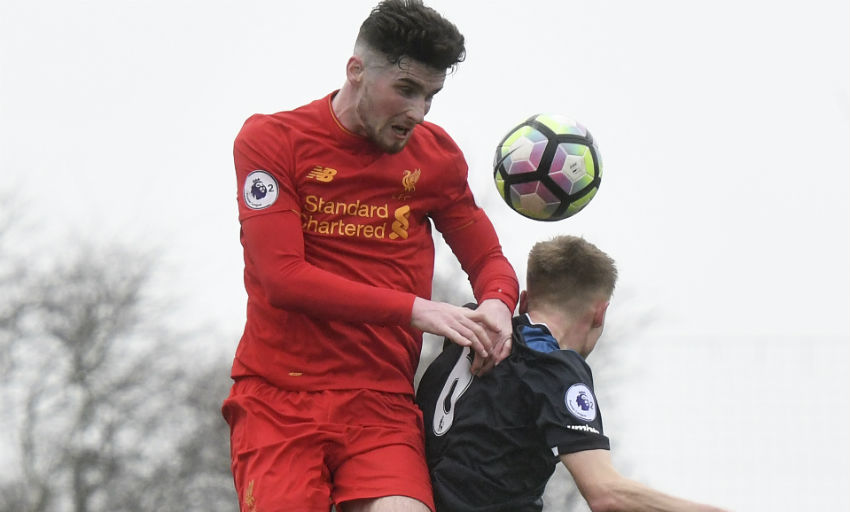 Pick a current Premier League player that you look up to and aspire to be like...

“That’s a tough one! I could name a few, but I think at the minute I think it’d be Dejan Lovren. I love watching him play, because not only is he comfortable on the ball, he can play off both feet, he can play long and he’s a solid defender.

“Like you saw against Everton at Anfield the other week when he snuffed one of the best strikers in the world out, he didn’t give him a peep in the game. At the minute when I watch Liverpool, I enjoy watching Dejan Lovren defend because I think he’s really solid. He’s a joy to watch.

“Well, the Champions League is where you’re learning off the best, but I’ll watch anything. Barcelona v PSG would have to be up there, but I was lucky enough to be at Anfield when Liverpool came back against Dortmund, that was definitely one of the best games, I’ve got to say. The place, the way the fans lifted, the players lifted, it was like being involved yourself.

“I was sat near Harry Wilson and Tom Brewitt. After it, all we could talk about was the game and the comeback. It was remarkable.

“What Barcelona did the other week was unbelievable and games like that and the Dortmund one make you realise that when it comes to football, anything is possible. You can score a goal in a second. Those two games stand out, and obviously Istanbul too.” 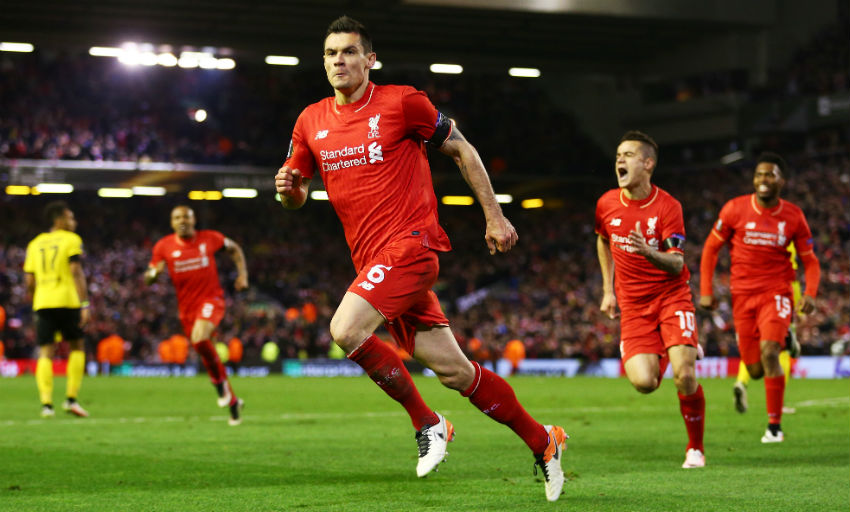 What’s your ultimate aim in football?

“To make a career out of the game. From a young age that’s what I’ve wanted to do. I want to play football every day for a living, I don’t want to do anything else. I’ve got to focus and get there, then I can know for myself that I’ve achieved it.

“Also, making family and friends that have stuck by me through the years proud. Obviously when I was younger and I couldn’t drive I was relying on my mum and dad to get me to games and training, and it wouldn’t have happened without family and friends. Making them proud is a big part of it.”

What do you like to do in your spare time?

“I enjoy playing FIFA with friends, chilling, I play a bit of golf too when it’s a sunny day and I’ve got the time. That’s it. Spending time with family and friends, being around good people, that’s what I like doing.”

“'Prison Break'. It’s a great watch, I started it about a year-and-a-half ago and couldn’t take my eyes off it, and the new series has just started.”

“My nan’s roast dinner - I haven’t been to a carvery yet that beats it! Either that or carbonara.”

“Funny, definitely - I hope the lads would agree with that one! Funny, outgoing and ambitious.”

Read the rest of Liverpoolfc.com's 'Meet the Academy' series...