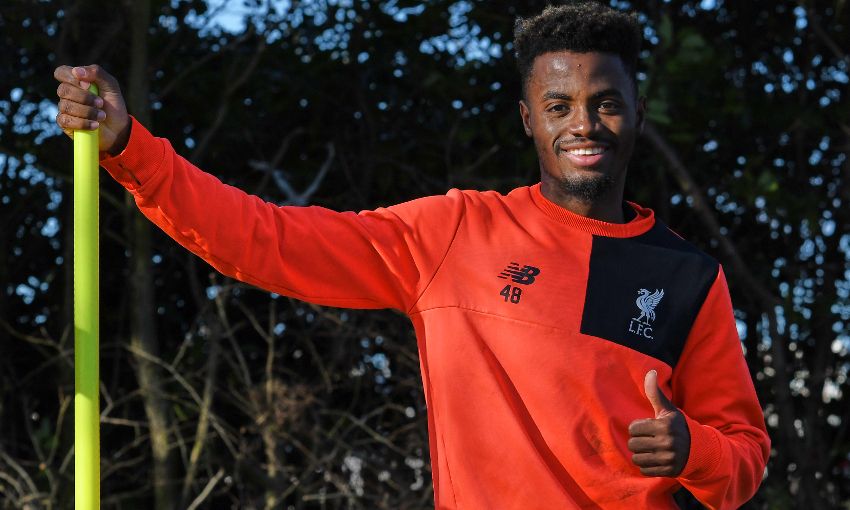 Madger Gomes was just as excited as any supporter when Liverpool legend Steven Gerrard's recent return to the club was confirmed.

In January, the Academy welcomed one of its finest exports back to Kirkby as, fresh from hanging up his boots, Gerrard was appointed as a coach by the club he served with such distinction.

The news held particular significance for Gomes given that he has long considered Stevie a reference point for his professional development.

What’s more, the Huyton-born midfielder provides a link to the 20-year-old’s fondest footballing memory since moving to England in 2014.

In a period that saw Gomes given regular chances to train with the first team under Brendan Rodgers, he recalls seeing the former No.8’s countless qualities up close and being awestruck.

And such moments still serve as motivation when he runs out on the pitches at the club’s youth facility each day.

Gomes says: “My focus here was always Gerrard. He was amazing and sometimes I [watched] him.

“I went to first-team training [before the] Champions League game at the Bernabeu; sometimes under Brendan Rodgers I went training at Melwood.

“I always remember that – it’s my focus every day that I [could] do that. Playing with those players, training with them, you can learn a lot.” 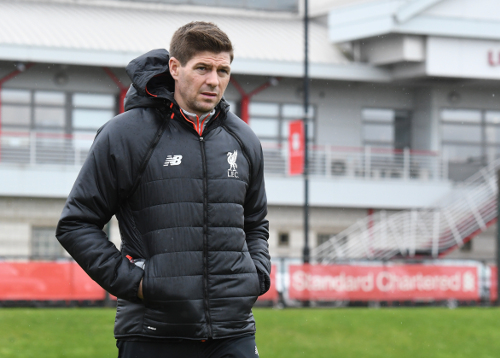 Now, Gomes can tap into Gerrard’s vast knowledge on a daily basis at Kirkby – an opportunity he doesn’t intend to pass up.

But he knows that coming anywhere close to the heights scaled by the former England midfielder is a big ask.

“When Gerrard speaks to me I listen to everything because you can learn a lot from him,” he adds.

“Not only Gerrard, you need to learn from all the players because all the players are different. When they speak to you – it’s the same for the coaches – it’s to help you, it’s to make you a better player in the future.

“Gerrard is an amazing player and maybe one day I want to do one per cent the same as him but it’s very difficult.”

Gomes’ admiration for Gerrard is just one of the topics he discusses enthusiastically during a sit-down with Liverpoolfc.com for the latest edition of our ‘Meet the Academy’ feature.

Read on to find out more about the bubbly Spaniard’s journey to LFC, the improvements he is making to his game, and his difficulties in understanding the unique brand of English spoken on Merseyside.

Where did your football story begin?

I had eight seasons at Villarreal and I enjoyed it a lot. I always remember it because I had all my friends [there], sometimes I miss it. But, here in England, I learned a lot – I think I am a better player than I was in Spain.

What have you improved on specifically?

Here, I see football differently. I work harder than in Spain – not because I had it easy in Spain but because I didn’t work the same. When I played my first game [here] – against West Ham – I played well, but I [knew] I needed to improve my physique, I needed to learn more about football, I needed to work very, very hard. I do that every day.

What made you want to join LFC?

It was to learn, to change, I wanted a different focus. Liverpool is a big club, everybody wants to play for Liverpool. Maybe you have one chance in your life to play for Liverpool. That moment, that was my chance, and I think it was a good moment to change. I didn’t know if I would do well or not but I wanted to go, to learn, to have the opportunity to one day play with big players. Liverpool is different to Villarreal, it’s a bigger club, and my dream is to one day play at Anfield. I think it was a good decision.

How do you find living in England?

It’s difficult sometimes because I have all my family in Spain. It’s good when I come to the Academy, but when I’m at home sometimes it’s a little bit boring because it’s a long time to do nothing and the weather is different to Spain. In Spain, you can go with your friends to play football, futsal, but here it’s always raining! It’s hard, but I think my life is good here. It’s relaxed, calm, I can recover after training and speak with my friends and family when I’m at home.

It’s hard because sometimes I don’t want to speak in English because when you speak, you don’t speak well or the accent is different. But I think I have improved! When I came here, I only knew ‘hello’. English, when you learn in Spain, is completely different; sometimes, people here speak in Scouse! 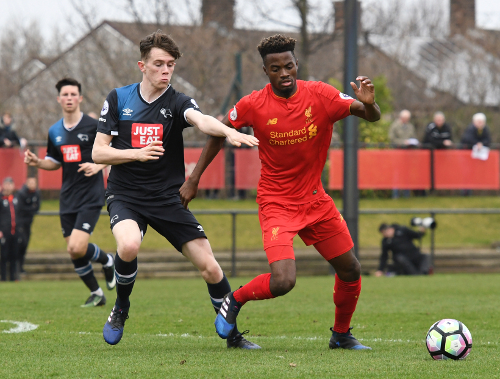 Do you get to go home often?

Sometimes I can stay three months and then go home. Here, we play every three days or two games in a week, but when I have two days [free] I’m always back home. I’m going home tomorrow because I have four days off because of the international break. I miss it a lot but that is my life – that is what I want.

How is the season going so far on the pitch?

The season has been a little bit hard. I got injured the second game of pre-season, my knee ligament, and I was out three or four months. When I was back I played 25 minutes my first game; later 35 minutes, a half. After Christmas, it’s been hard because of the change of the coach, first-team players are sometimes back when they don’t play. Sometimes I’m in the squad, sometimes not. It’s not the best season but I learn and I improve a lot when I play. When the team win it’s difficult to change.

What are you aims for the rest of the campaign?

My focus is to win the next game, my focus is to work every day, play every game the coach [picks] me, and help the team. I want to play with the first team next season but that depends on the way I do on the pitch.

Do you watch football away from work?

I watch any game. I love the weekend because I can stay on the sofa after training and watch the games. You can learn and I enjoy watching football. When I can, I go to Anfield, because they have amazing fans and when they sing ‘You’ll Never Walk Alone’ you want to play in that moment.

I like football, basketball and tennis, when Rafa Nadal plays.

What television do you watch?

I don’t watch TV, only football!

I don’t like a lot of music but I listen to Chris Brown, Rihanna sometimes.

Funny, because I’m joking a lot. Annoying, because sometimes I joke too much. And happy.

There is only one word: amazing.