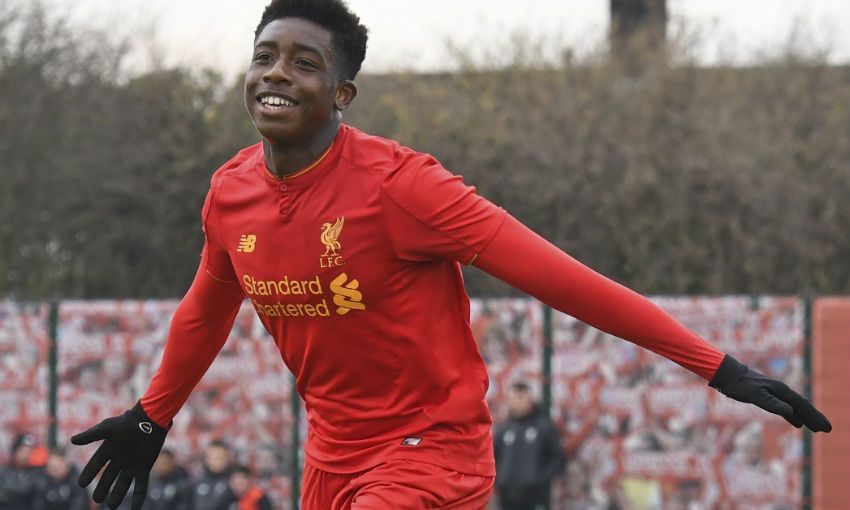 On a list of things you expect to hear a 17-year-old footballer say, 'I'm a qualified referee' doesn't feature particularly highly.

But that’s exactly what U18s striker Okera Simmonds told Liverpoolfc.com during our chat at the Academy earlier this week.

“The week before last, eight of us did a test here and we all passed. We reffed each other in games and stuff on the indoor pitch, then came in here and did the test, which was out of 50. Two days later we found out we’re all qualified refs,” the versatile, Manchester-born forward explained.

“Not everyone did it because we all have different schedules with school and training, but me, Liam Coyle, Anthony Driscoll-Glennon, Adam Lewis, Liam Millar, Glen McAuley, Ben Williams and Marley Blair did it.

“On a Saturday morning, we could go out there and referee the U12s to earn a bit of money. I think it’s £30 a game and when we heard that we were all like ‘that sounds good, I want to do that!’

“I’m tempted because it’s extra money and it’s good experience as well, because we can see how it is on matchdays.

“Obviously as players we give referees stick but we never see it from their point of view, so it’s good for our understanding of how they see the game and how they feel and the decisions they have to make.

“I’d never thought about that before. We all came in on the day thinking it was going to be boring, a drag, but when we all did it, it was actually fun. It was dead engaging and everyone liked it.”

This revelation comes towards the end of a wide-ranging and insightful conversation with a driven, level-headed teenager who speaks with an assuredness that belies his tender age.

The latest in Liverpoolfc.com’s ‘Meet the Academy’ series begins with a discussion about Simmonds’ status as the U18s’ resident changing-room DJ… 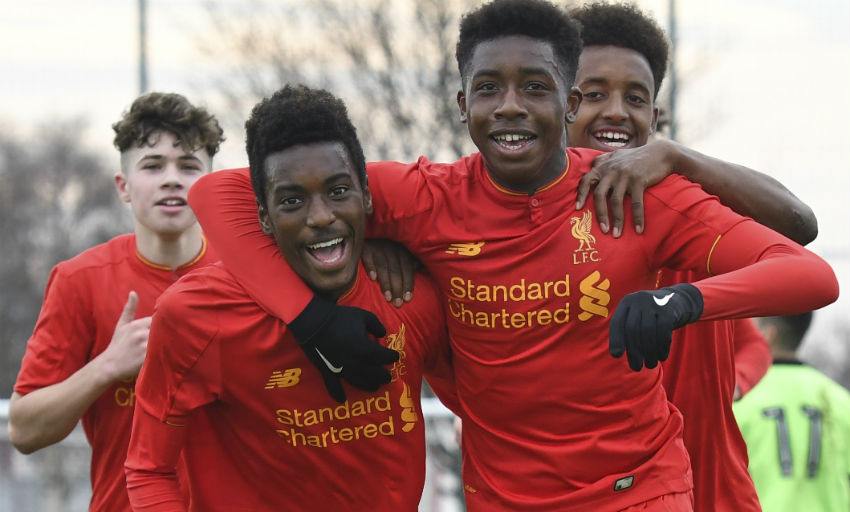 There’s only one place to start, really. Glen McAuley, Rhian Brewster, Liam Coyle and Adam Lewis have all told us you’re in charge of the music in the changing room…

“[Laughs] Yeah, that’s probably because I enjoy listening to all types of music. Obviously I have my favourites so I listen to them, and then here and there I’ll throw in something Adam would like or Liam would like, so it’s for everyone! Everyone enjoys it because we play stuff everyone likes.”

How did you get that job, then?

“Everyone knows that I like to dance and I’m always singing, so when someone has a speaker I’m the first to say ‘I’ll connect, I’ll put my music on’. But because I like all types of music, some people might not know certain songs but they’ll recognise them and I know what they are, so I play them again and they find out songs they like from me.”

What are your go-to pre-match songs?

“I have a few, to be honest. Sometimes I throw it back a bit, with Drake’s old album ‘Take Care’ and I throw a bit of house music in there for Liam and Adam! I have a lot of choices. A bit of RnB from the 2000s, Yan [Dhanda] likes that. Rhian likes hardcore London rap music so I have to put a bit of that on for him - some of the boys disagree with that but if he likes that, if that gets him in the mood, then it goes on.

“People will request songs that get them in the mood, and if everyone’s in the mood then it’s good because then we go out focused. I think it’s an important thing, because it gets everyone ready to play, and when we’re ready to play we have a better chance of winning.”

Is music your biggest passion outside of football?

“Yeah, I love my music. I just enjoy listening to it, now and again me and my friends from Manchester will mess about and throw a beat on and people start making lyrics. It’s just a mess about really but it gets you focused as well, so it’s a big part of my preparation for a game and everyone else’s.”

So, onto football. Who did you support growing up?

“Man United. Pretty much everyone in my family supports City, but I wanted to be different. They don't like it and I get plenty of stick! When the derby’s on, our house is chaos!”

“I was 10 or 11 when I came here, I signed properly at the end of the U11s season and got my scholarship when I was 14. I used to play for United and [Manchester] City and a Sunday League team when I was younger.”

What type of striker are you?

“I’m skilful, strong, quick and I can be clever at times, in tight situations. I’m a team player as well.”

What can you improve on?

“My finishing. I lose focus sometimes and rush, rather than taking my time, so I can get better at that. I can be calm on the pitch and I need to do that in front of goal, not hesitate and rush the shot.”

Who’s your all-time favourite player and why?

“I’ve got three, but the one that will always stand out is Ronaldo, the Brazilian Ronaldo. I just love how he played, everything he did, that’s how I want to be one day. I really like Thierry Henry and Neymar, as well.” 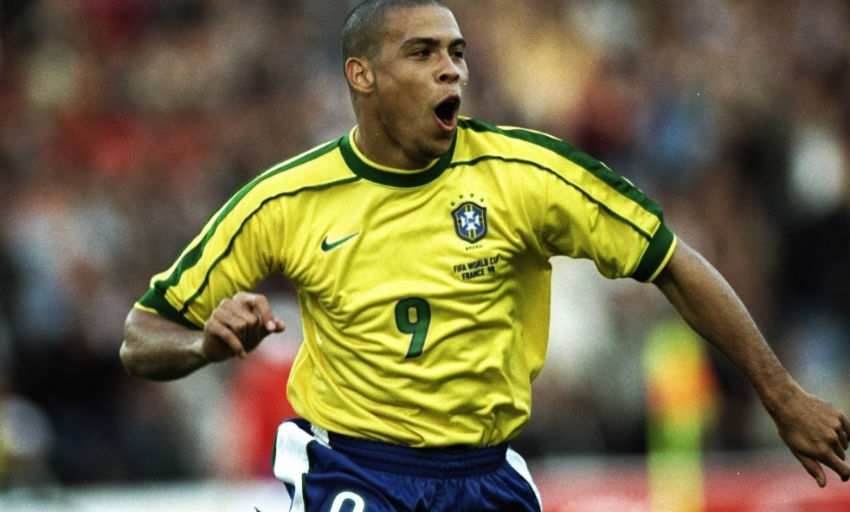 If you had to choose a current Premier League player you look up to and see yourself in, who would it be?

“Well, I play up front, on the wing and as a No.10 as well. As a No.9, I like [Sergio] Aguero. He’s so sharp, his finishing’s top and he can link up with other players. He knows when to shoot, when to pass, he’s clever as well.

Who in Liverpool’s current first-team squad do you admire most and why?

“I like [Divock] Origi because he’s dead sharp and skilful. He’s quick as well and can finish - his finishing’s top. I think I’ve got some of the same attributes as him and I look up to him, to see how he does things. But I like to add my own bits to it because I don’t want to change how I play to be like he is, I want to do things my way, not be a copy of someone else.”

“Barcelona against PSG the other night - that's the maddest game I’ve ever seen! We trained late that day and it was on the telly here in the coaches’ room. I said ‘I think Barca are going to win 5-0 here’, but everyone was like ‘no, no, no’.

“When I got home and saw that [Edinson] Cavani scored I was disappointed but I still had that belief that Barca can score six. When it got to 88 minutes and Neymar scored the free-kick, and then with the two goals after that, I just started screaming!

“I don’t even support Barca, but I jumped up out of my bed screaming and my digs lady was like ‘are you alright?!’. She was laughing, I was buzzing.” 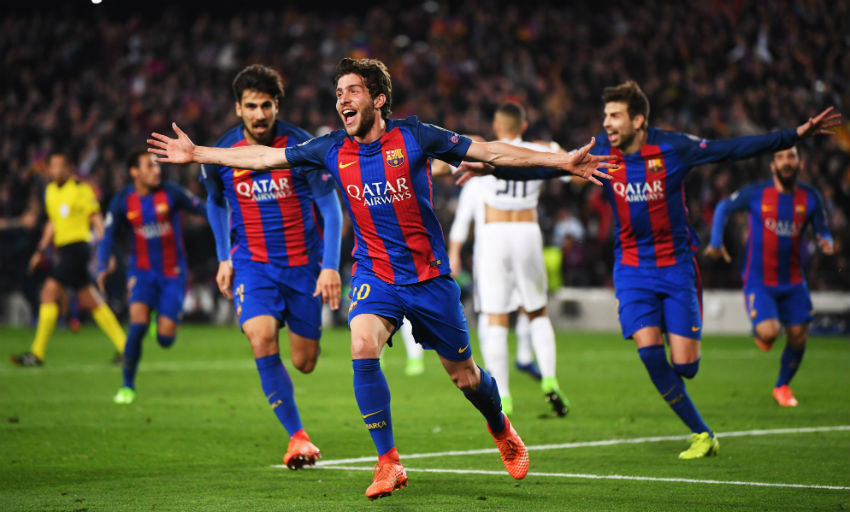 Have you seen the video of Stevie Gerrard celebrating in the studio?!

“[Laughs] Yeah, he’s jumping around everywhere! I haven’t spoken to him about it yet but I’m going to!”

What’s your ultimate goal in football?

“I don’t really have one. I used to do gymnastics as a kid but obviously I stopped doing that because of football. I like basketball, I can play a bit, I’m not bad. In the summer, when it’s hot and I’m back home, we play basketball or football.

“I don’t watch the NBA much because of the times - we have training the next day so I don’t like staying up too late.”

“Big Bang Theory. I watch it every day, without fail.”

“That’s hard because my mum makes so much food! It’d be a Caribbean dish - curried goat and rice and a few roast potatoes and boiled veg. My mouth’s watering just thinking about it!”