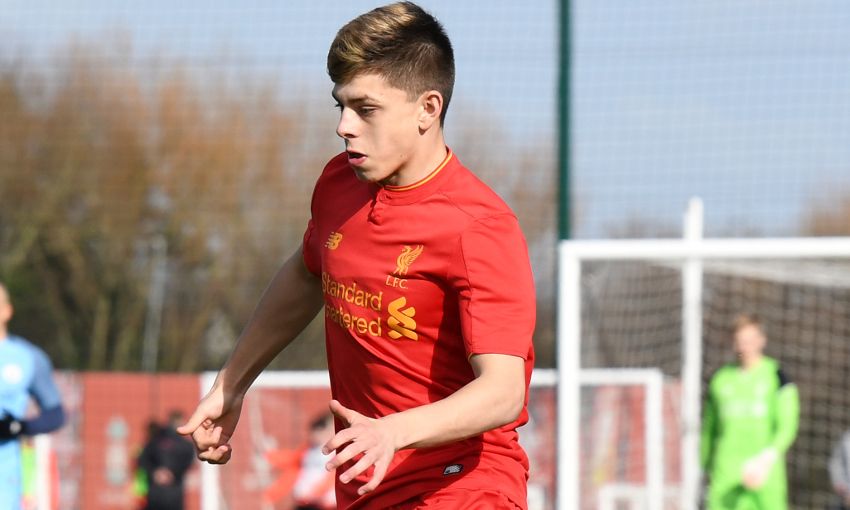 Scouse defender Adam Lewis has enjoyed a whirlwind season so far, battling back from a bad injury to shine as a regular member of Neil Critchley's title-chasing U18s.

Lewis, who has been at the Kirkby Academy since U6 level, is set to feature as the young Reds face Manchester United at Altrincham FC on Friday night – a game you can watch live on LFCTV and LFCTV GO.

The 17-year-old suffered a broken leg playing for the U16s last season but showed such character and determination to recover, he was rewarded for his hard work with a move up this term.

After speaking with Critchley and Academy director Alex Inglethorpe, Lewis has excelled in a new position of left-back and provided evidence of his versatility with a Man of the Match display in last weekend’s 2-0 victory over Manchester City.

Reflecting on an encouraging campaign, he told Liverpoolfc.com: “I’ve really enjoyed it so far but at the start of the season I found it difficult because I broke my leg last season and I was out for five months.

“Coming back from the injury has made me stronger and it’s helped me in terms of making tackles. At first I was a bit wary of the injury happening again, but I’ve been working hard off the pitch as well with the physio to get stronger.

“I started in a new role at left-back, which at first I was unsure about, but all of the coaching staff have really helped me settle into the position and believed in me.

“My dream is to play for the first team one day, and maybe playing at left-back there is a chance for me in the future if I continue to get stronger and do well. 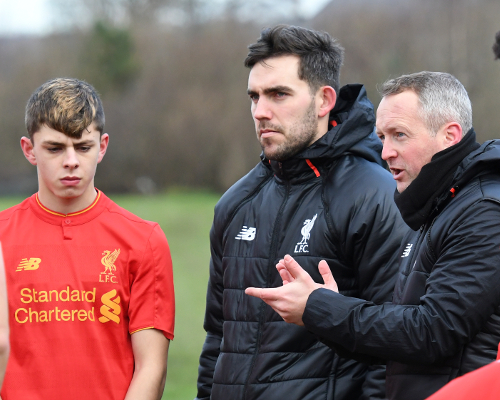 “I just love playing the game and this club means everything to me. I love making tackles and I hate losing. I always want to win and that is the mentality we have with this group.”

Read on to find out more about this boyhood Red chasing his LFC dream in Kirkby...

Why Liverpool for you?

What is it like having Steven Gerrard around the Academy now?

“It’s unbelievable. He’s my dream player and I looked up to him from when I was very young. He gives you so much confidence and he’s just like a normal person now. I don’t just see him as a legend now, as he is a coach and he is here to help us because he has been in that situation before.” 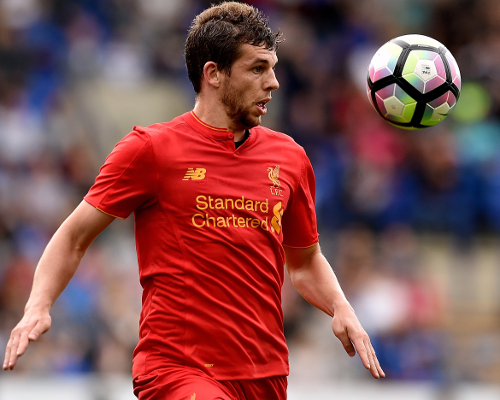 “Jon Flanagan. If I could go on to achieve what he has done and play for Liverpool’s first team, that would mean everything to me. He’s a Scouser, he overcame injuries and he is someone I look up to.”

“Lucas. I’ve been fortunate to have had the opportunity to train with him a few times at Melwood and he is always there for the young players. He gives you encouragement.”

“Playing for my country. I scored on my debut for England U16s. All of my family were there.”

“To be a professional footballer for this club.”

“Drake. Okera Simmonds has been in charge of the music before a game in the changing room but me and Liam Coyle are going to change that. It will be a Scouse takeover!”

“Funny, handsome and good to be around!”