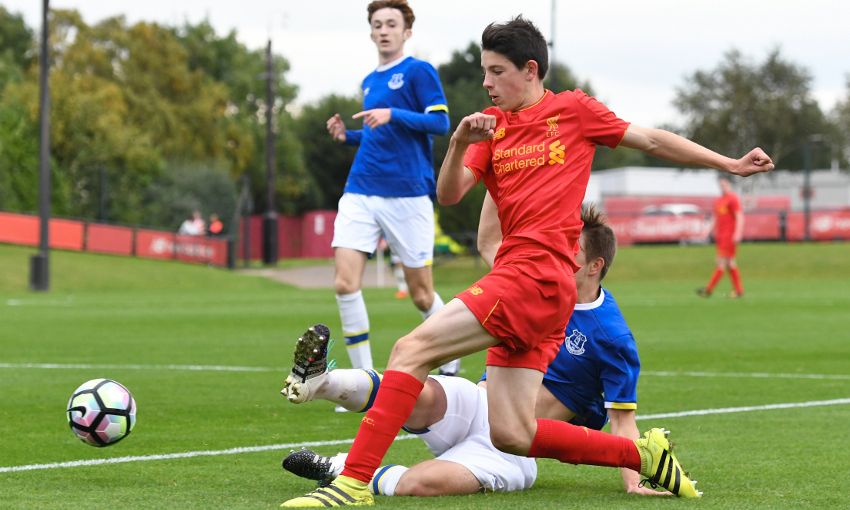 Liverpool U18s suffered a heavy defeat to rivals Everton in the latest edition of the mini-derby at the Academy on Saturday morning.

The Reds were beaten 4-1 as the Toffees recovered from conceding an equaliser through Yan Dhanda in the second half to run out emphatic winners.

Kevin Sheedy's side were ahead after just 10 minutes in Kirkby as Antony Evans escaped two central defenders to run clear and produce a low finish.

Reds striker Rhian Brewster had two good chances to level things up before the break, but was denied on both occasions.

The second, a fine volleyed effort from a Toni Gomes cross, required a particularly impressive save from opposition goalkeeper Chris Renshaw.

Liverpool were forced to wait until the second half to draw level, but did so when Dhanda followed in a parried Gomes effort and fired in from close range.

Parity did not last long, however, with Evans grabbing his second soon after courtesy of a powerful drive from midfield and another smart finish.

There was a touch of fortune about Everton's next goal, with Daniel Bramall's cross taking a healthy deflection over Caoimhin Kelleher before nestling in the far corner.

But it was unselfish play from Beni Baningime that brought about the fourth, as he burst in behind before providing a tap-in for Bramall that finished the game as a contest.

The Reds suffered a further blow late on when Adam Lewis was stretchered off after sustaining an injury in a heavy tackle, moments after Glen McAuley had hit the post with a header in the box.