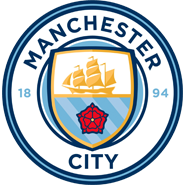 Liverpool and Manchester City took a point apiece from an evenly-matched 1-1 draw at Etihad Stadium.

Mohamed Salah’s penalty was the Reds’ reward for an assured start and Gabriel Jesus then equalised 31 minutes into an absorbing Premier League clash.

The visitors were aggrieved by the decision to award City a spot-kick as half-time neared – Joe Gomez was penalised for handball – but Kevin De Bruyne pulled it off target.

And there were no additions to the scoresheet during a calmer second period in Manchester, meaning stalemate between last season’s top two.