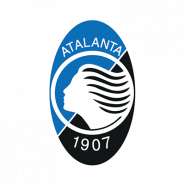 Diogo Jota fired a hat-trick as Liverpool recorded an emphatic 5-0 victory over Atalanta BC in Champions League Group D.

The Portugal attacker continued his hot streak by claiming his fourth goal in four games after 16 minutes, converting via a subtle dink over the home side’s goalkeeper in Italy.

He added a second ahead of the break when he controlled a ball into the area and slammed in at the near post.

The Reds then scored three times in the opening nine minutes of the second half, with Mohamed Salah finishing superbly after running most of the length of the pitch to reach a ball forward from Curtis Jones at an Atalanta corner.

Sadio Mane then got in on the act with a magnificently executed finish from a Salah pass before Jota claimed the match ball by rounding the goalkeeper and slipping home.