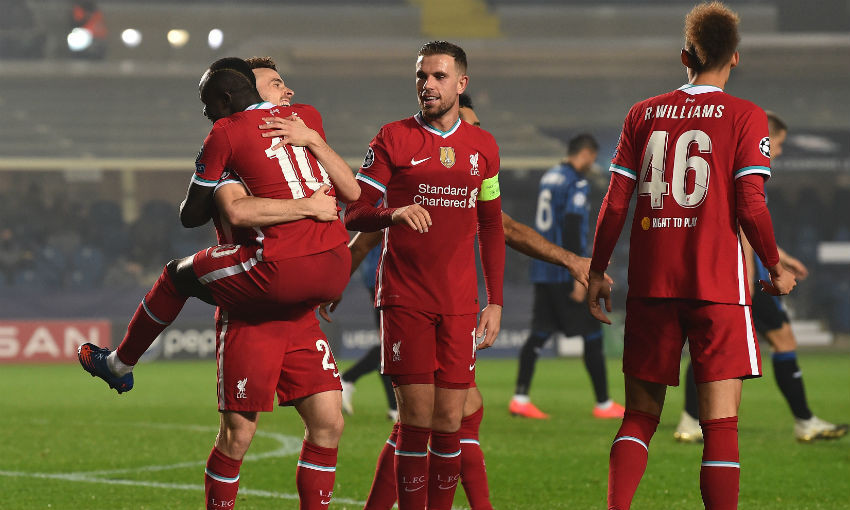 Diogo Jota fired a hat-trick as Liverpool recorded an emphatic 5-0 victory over Atalanta BC in Champions League Group D on Tuesday night.

The Portugal attacker continued his hot streak by claiming his fourth goal in four games after 16 minutes, converting via a subtle dink over the home side’s goalkeeper in Italy.

He added a second ahead of the break when he controlled a ball into the area and slammed in at the near post.

The Reds then scored three times in the opening nine minutes of the second half, with Mohamed Salah finishing superbly after running most of the length of the pitch to reach a ball forward from Curtis Jones at an Atalanta corner.

Sadio Mane then got in on the act with a magnificently executed finish from a Salah pass before Jota claimed the match ball by rounding the goalkeeper and slipping home.

It leaves Liverpool sitting five points clear at the top of the group, with maximum points from the opening three matchdays.

Liverpool’s teamsheet showed two changes as Rhys Williams and Jota came into the line-up in place of Nathaniel Phillips and Roberto Firmino. The Reds’ bench was bolstered by the returns of Joel Matip, Naby Keita and Kostas Tsimikas. 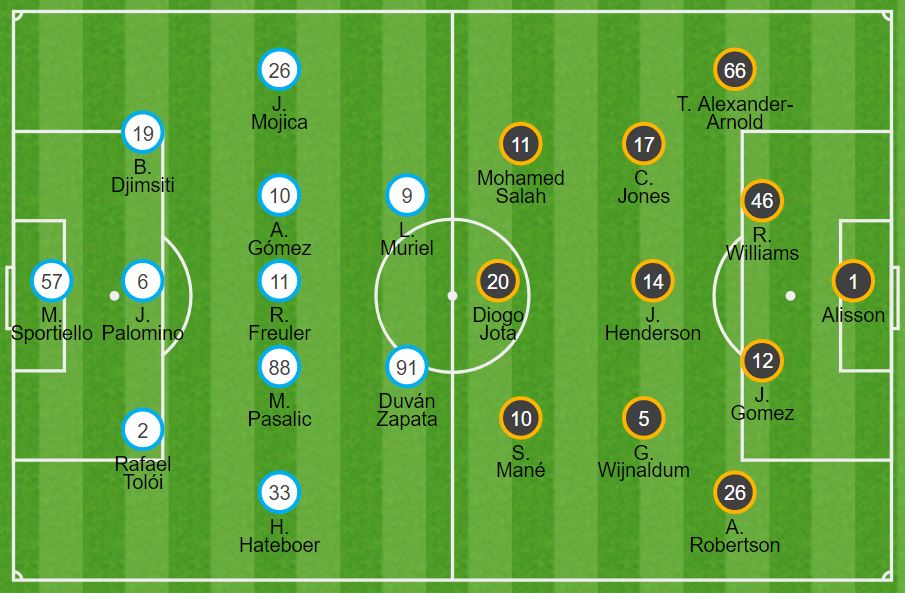 Liverpool journeyed to Bergamo having recorded four straight victories, including each of their opening two Group D fixtures, meaning they topped the standings heading into the latest round of matches.

And they almost got off to the perfect start in Italy, too, as man-in-form Jota weaved his way into space inside the box with just two minutes elapsed. His low shot, however, was thwarted by the gloves of Marco Sportiello.

The Reds had begun assertively and Mane’s spin-and-shot on the edge of the area forced another save from the hosts’ goalkeeper soon after.

However, on 15 minutes, the visitors’ own custodian was called into action as Alisson Becker denied Luis Muriel’s driven effort.

Liverpool quickly sprung to the other end of the field and Jones watched his shot met by another stop from Sportiello.

Trent Alexander-Arnold’s precise pass sent Jota scampering into the area and he retained his composure to deftly dink the ball over the advancing ‘keeper to grab his fourth goal in as many games.

Muriel would again give cause for concern when he was foiled by Alisson once more, but Liverpool were good value for their early lead.

This time he touched Joe Gomez’s ball forward inside Rafael Toloi before lashing a half-volley in at the near post, leaving Jürgen Klopp to exclaim, “What a finish, Diogo!” on the sidelines.

It could have been three moments after, but Sportiello produced a flying one-handed save to touch Mane’s attempted curler around the post to retain the deficit at two goals heading into the break. 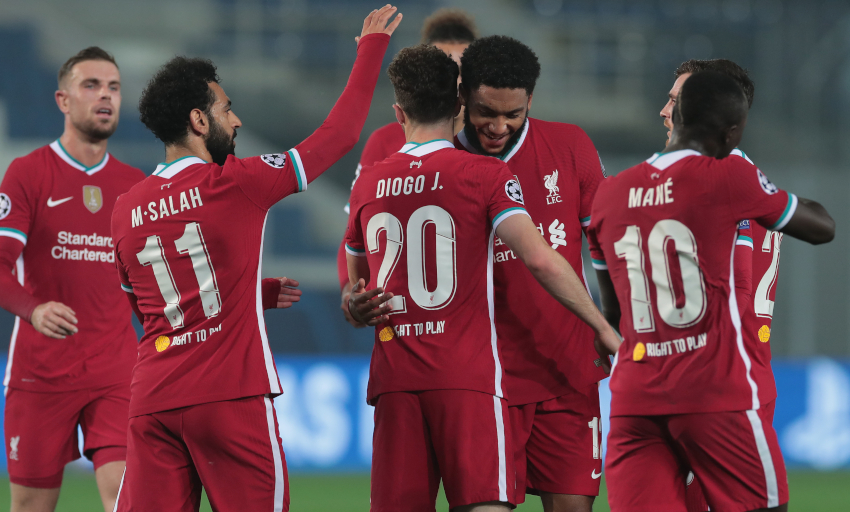 Any hopes Atalanta harboured of staging a comeback were dashed in the nine minutes that immediately followed the restart, with Liverpool striking three times in ruthless fashion.

First, Jones superbly made space inside his own area at a corner for the Italian side and lifted the ball forward to halfway for Salah to chase. The Egyptian turned on the accelerator to speed forward and convert with trademark aplomb.

Then the No.11 turned provider two minutes later as he slid Mane into space in the left channel of the box. The forward chipped the ball over Sportiello as he advanced to close him down.

Jota completed his hat-trick in the 54th minute. This time Mane claimed the assist, threading an inch-perfect pass forward for the 23-year-old to run onto before he went around the goalkeeper and rolled into the unguarded net.

It was devastating stuff from the Reds.

Diogo Jota is only the 3rd different @LFC player to score an away European hat-trick, after Michael Owen (twice) an… https://t.co/4vcFUpCJ8J

Atalanta were unfortunate not to have reduced the arrears on the hour mark, but Duvan Zapata’s thumping strike cannoned back off the top of the post.

The 65th minute brought another treble – a trio of substitutions from the visitors, with Firmino, James Milner and Keita replacing Jota, Jordan Henderson and Andy Robertson.

Alisson had Zapata clutching his head in his hands twice more when he denied two further blasts from the Serie A side’s forward.

Salah then saw a near-identical counter-attack to his goal foiled at the last by Sportiello’s save and Mane planted a header straight at Atalanta’s No.57, but the Reds’ work had long since been done as they took a commanding grip on Group D.