Live from Melwood: Pre-season day one

Follow our live blog direct from inside Melwood as Liverpool begin pre-season training ahead of 2018-19.

Stay tuned for the latest news, photos, videos and much more. This page will auto-update, there's no need to refresh.

And that's about it for today here at Melwood.

Day one of pre-season training is done, with all 26 players who reported this morning having headed home for a hard-earned rest.

Recap on an eventful day, which began with the news that Mohamed Salah has signed a new long-term contract with the Reds, by scrolling down.

The players will be back tomorrow - and you won't miss a thing on Liverpoolfc.com, with more interviews, photos, videos and, of course, our live blog, which will again run throughout the day.

See you in the morning!

We caught up with Jürgen Klopp for an exclusive chat on the first day of pre-season training.

The boss discussed the arrivals of Fabinho and Naby Keita, Mohamed Salah’s new contract, welcoming a number of players back from injury and much more.

Watch the interview in full below, or click here for a full transcript.

Liverpool's players faced a gruelling fitness test at Melwood today, as they ran around the inner perimeter of the training ground in the searing Merseyside sunshine.

But which member of his squad did Jürgen Klopp back to outlast the rest? 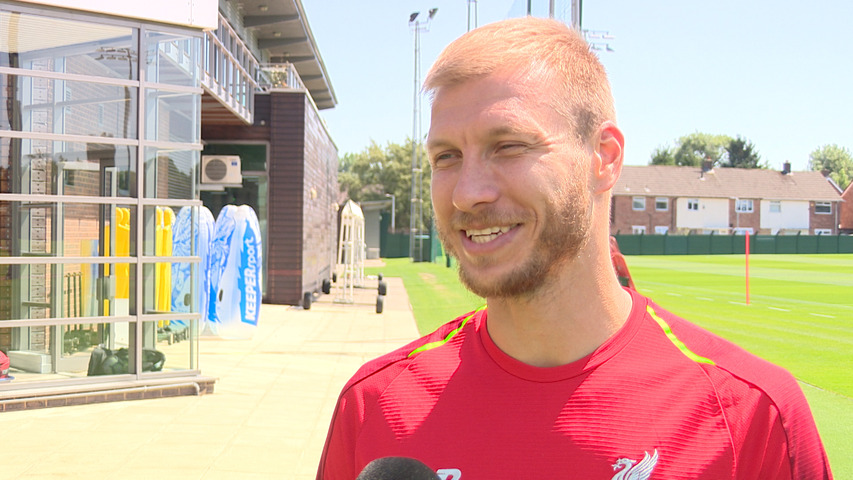 "It's always nice, the first day back at Melwood, you see so many excited faces and everybody's ready to rumble."

The words of Ragnar Klavan as we caught up with him for a quick chat earlier this afternoon.

Click here to read what he had to say about the start of pre-season training.

Adam Bogdan has joined Hibernian on a season-long loan deal, Liverpool can confirm.

The goalkeeper will contest the 2018-19 campaign with the Scottish Premiership side after the switch was finalised on Monday. 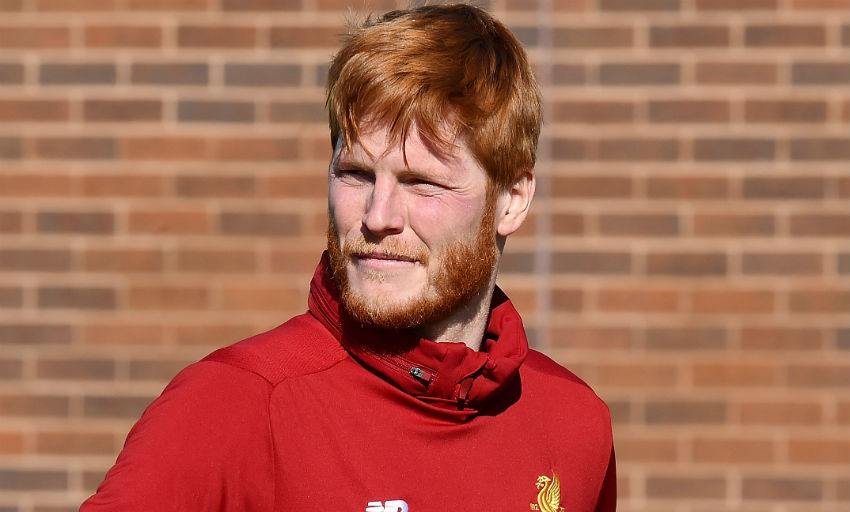 Bogdan joined the Reds from Bolton Wanderers in July 2015. He’s made six first-team appearances and also spent time on loan at Wigan Athletic.

Hibernian’s competitive season begins on July 12 when they take on NSI Runavik in the UEFA Europa League first qualifying round at Easter Road.

In the video below, Mohamed Salah says...

“Hello to Liverpool fans, I’m very happy to say I have signed a new contract with the club.

“My first year at the club was an incredible experience for me and my family. I have to thank everyone at Liverpool and also you, our supporters.

“I know we can achieve a lot of things together [and] I’m looking forward to seeing you. See you soon.”

@mosalah has a message for all you #LFC supporters around the world... 🙌😁

Following news of his new long-term contract this morning, Mohamed Salah has posted the below on his official social media accounts...

Some great footage below of the players returning to Melwood for the first day of pre-season this morning.

Naby Keita, Adam Lallana, James Milner and more feature in the clip, which you can watch on LFCTV GO now.

Exclusive LFC copyright images. Do not share without authorisation. 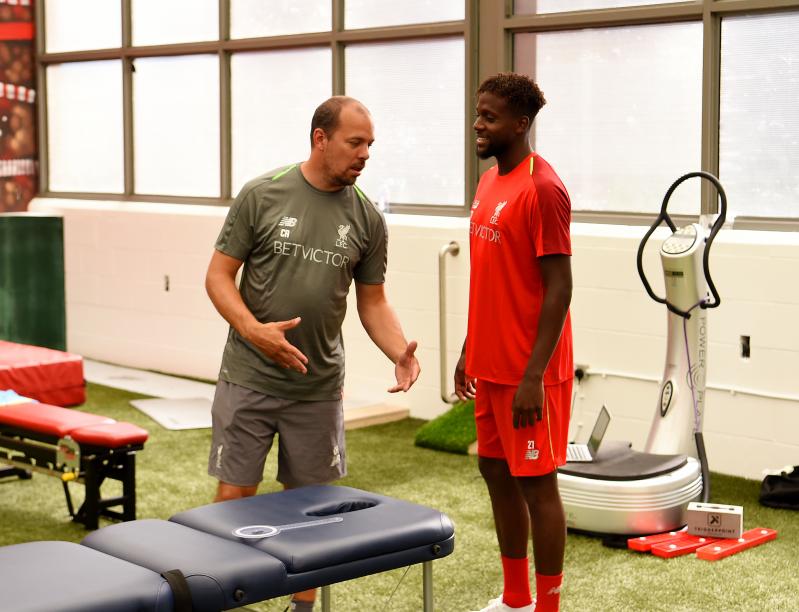 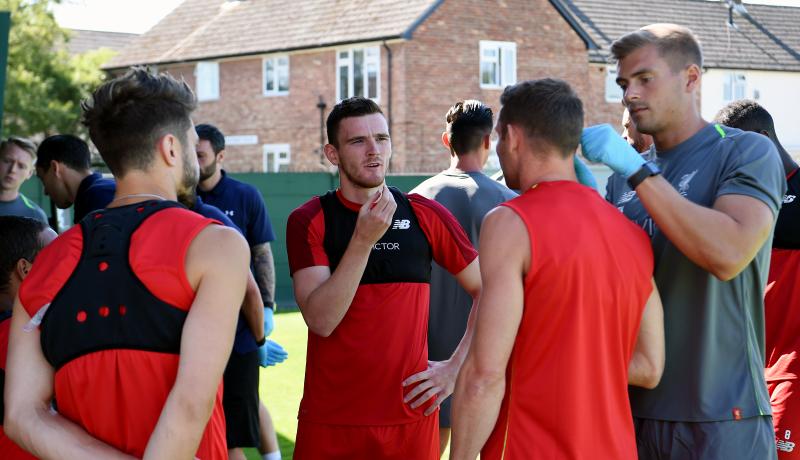 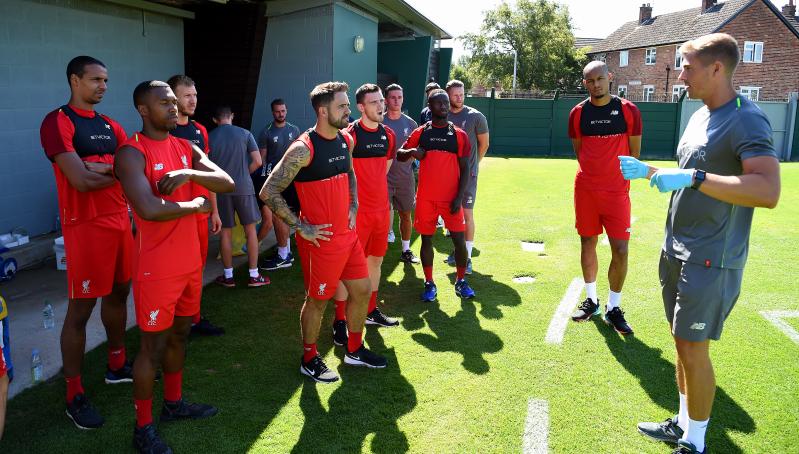 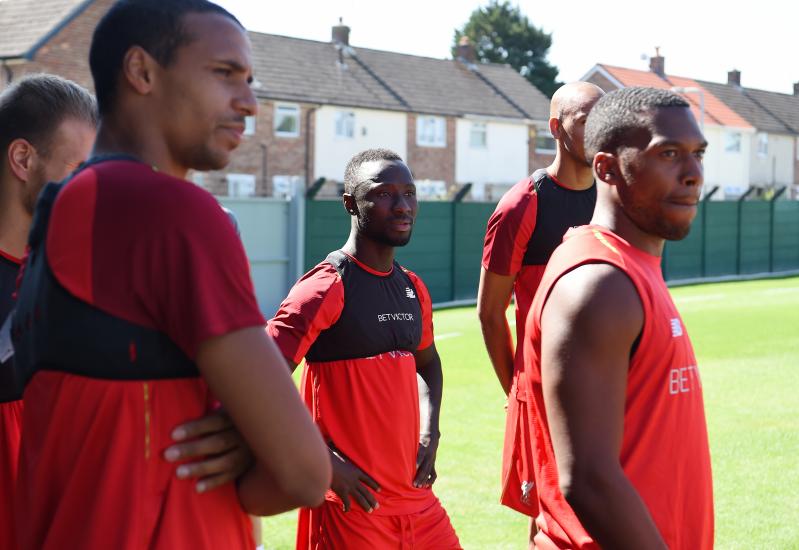 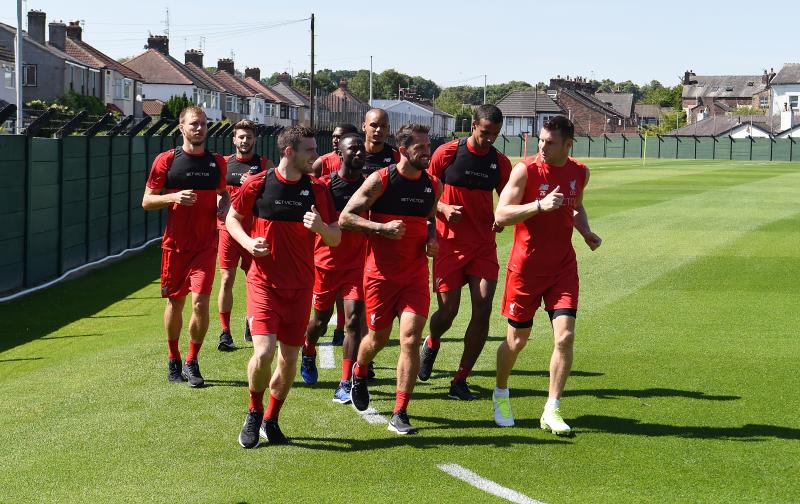 We're pretty sure it won't be his last, though...

Exclusive LFC copyright images. Do not share without authorisation. 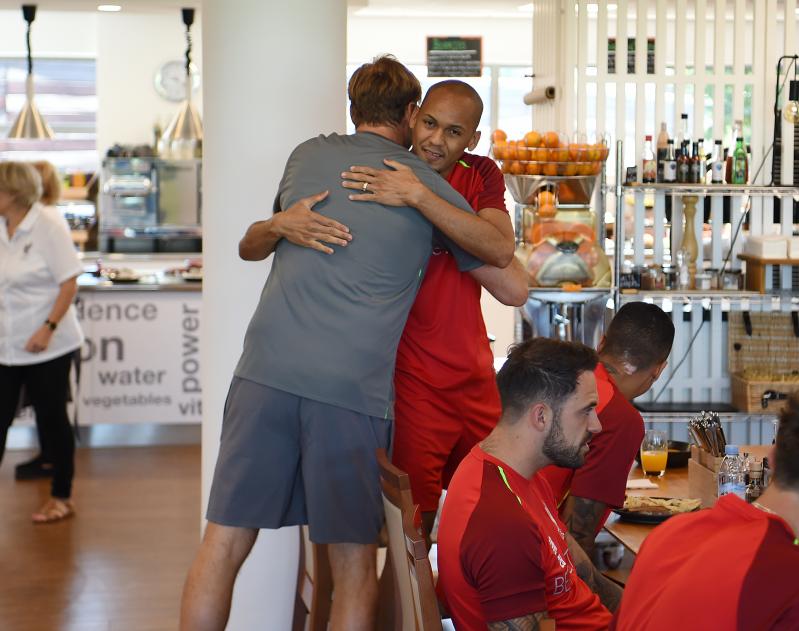 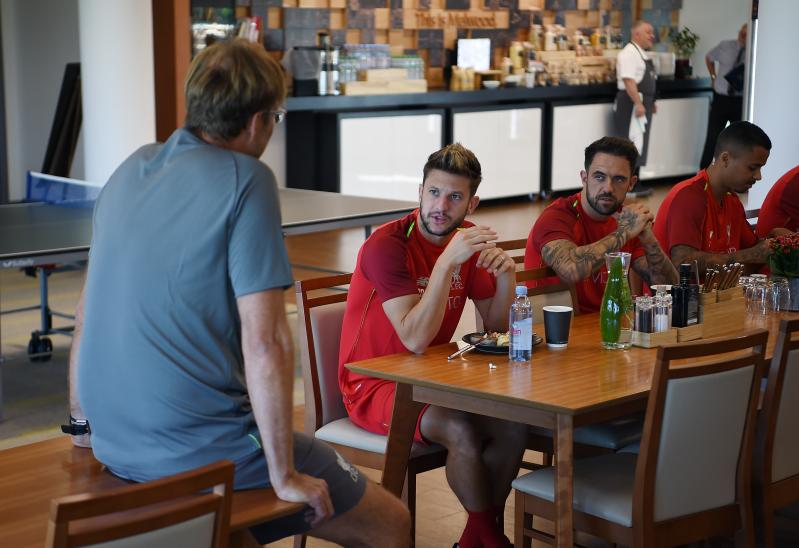 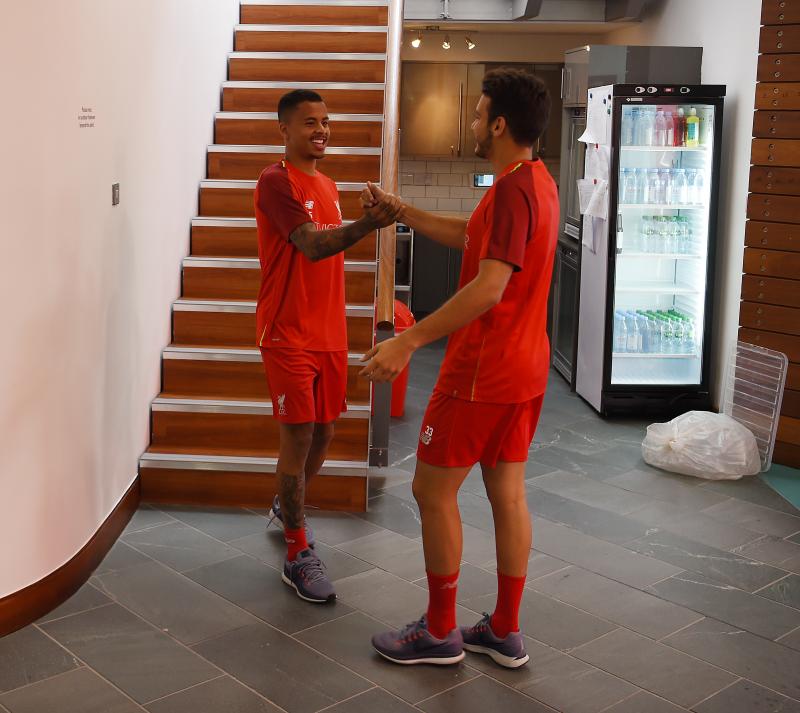 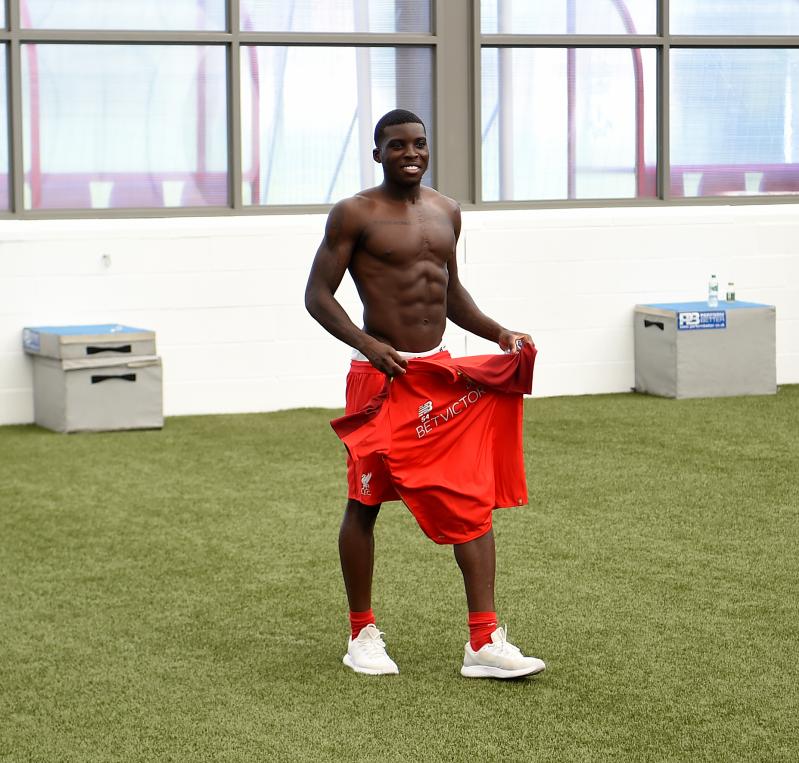 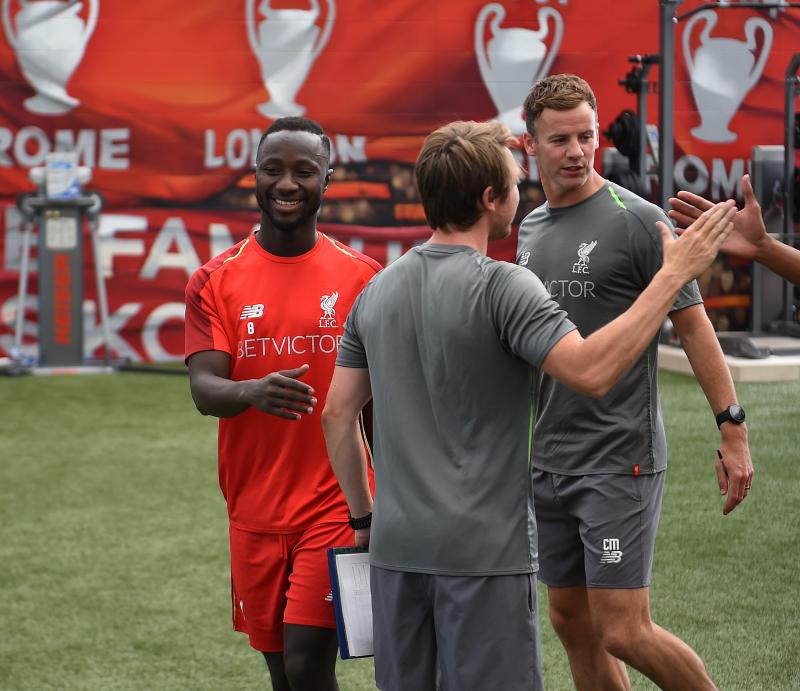 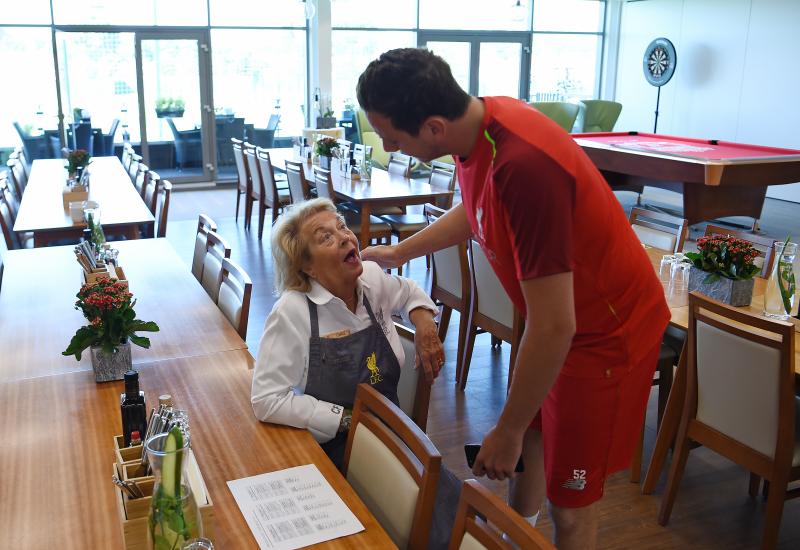 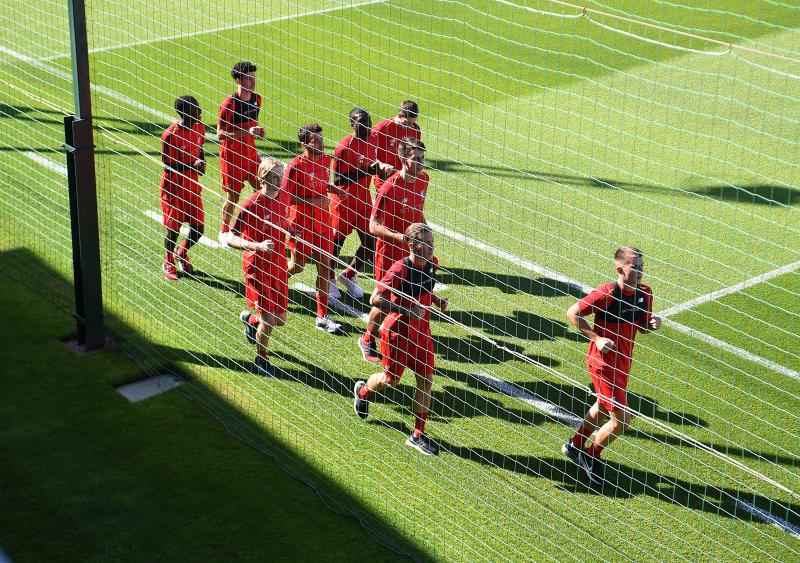 Jürgen Klopp and all the players scheduled to be here today have now arrived at a sun-soaked Melwood.

Preparations for 2018-19 have officially begun!

Naby Keita is in the building for day one of pre-season training - watch Liverpool's new No.8 arrive at Melwood with our free video clip below...

So the Reds will contest four domestic friendlies, starting this Saturday, against Chester FC, Tranmere Rovers, Bury and Blackburn Rovers.

Then it's off to the United States for the International Champions Cup fixtures with Borussia Dortmund, Manchester United and Manchester City.

After that, we're heading to Dublin to take on Naopli before an Anfield friendly with Torino concludes the fixture list.

Tickets for that home game are still on sale - click here to get yours now.

The players have been split into three groups of nine, nine and eight, with their arrival times staggered throughout the morning.

After eating breakfast together, each group will head to Melwood’s indoor-outdoor performance gym for Functional Movement Screen and Range of Motion tests, before lactate testing takes place on the outdoor pitches.

Following a break of around an hour where they are able to eat and rest, the players will then go to the facility’s rehab gym to complete jumps and specific assessments.

Salah: A Year On

Celebrate Mo's new deal with a look back at an incredible first year at Anfield for the Egyptian forward.

Jürgen Klopp and his staff will welcome back 26 players in total today and they are:

Virgil van Dijk and Georginio Wijnaldum featured for the Netherlands in an international friendly immediately after the 2017-18 campaign and will report back later. 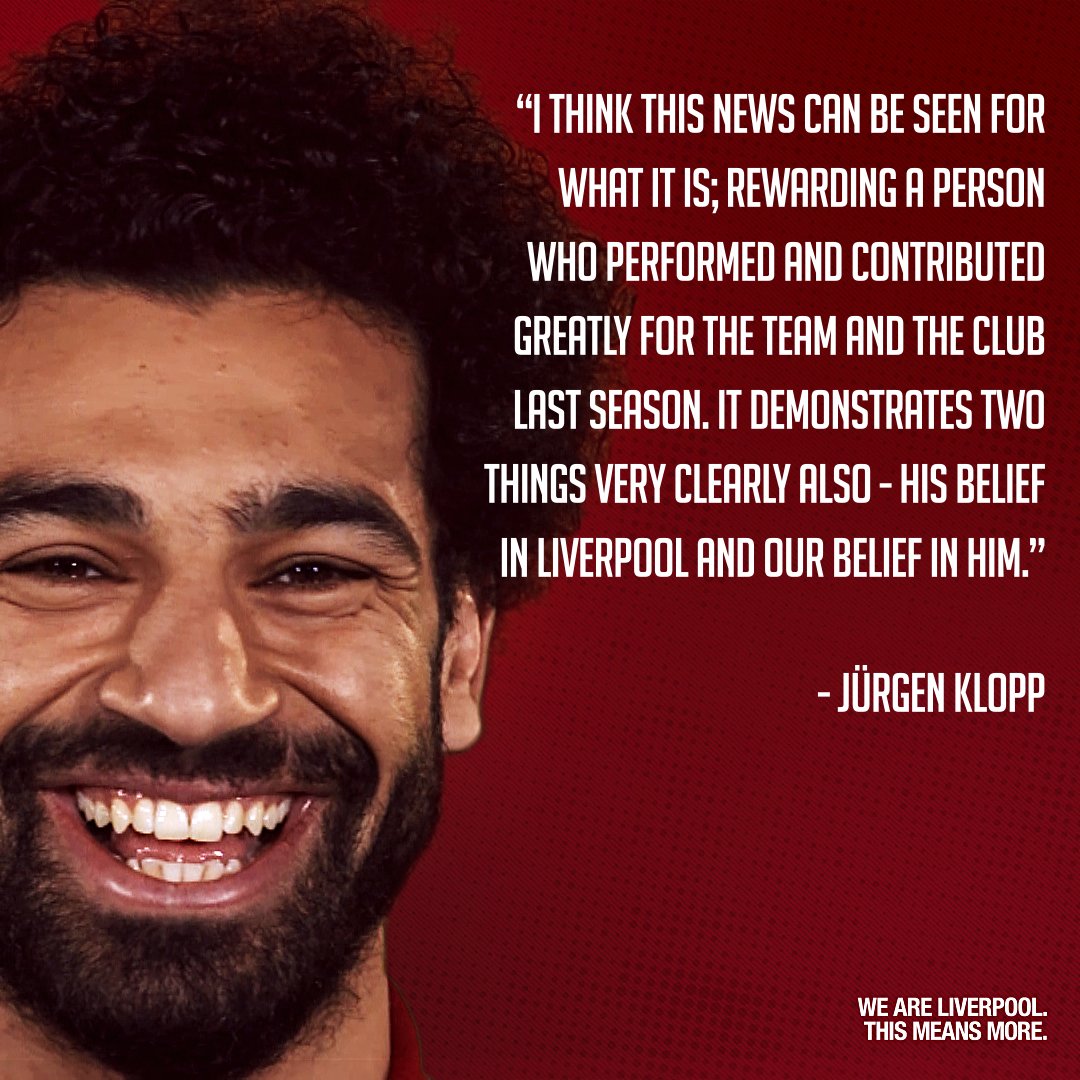 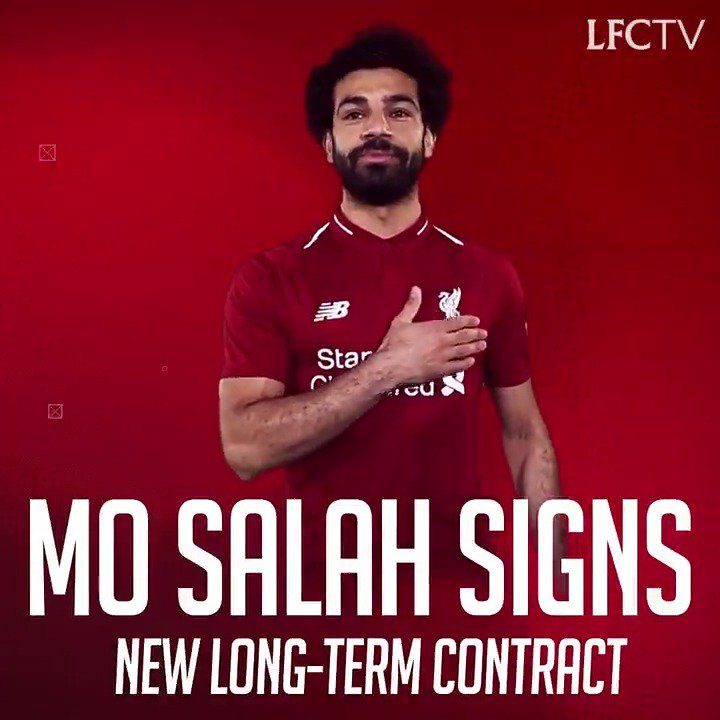 Before we get into the pre-season stuff, you may well have noticed some huge news breaking on the homepage of Liverpoolfc.com.

Mohamed Salah has today signed a new long-term contract with the club - click here to read more about this fantastic news.

Today's the day! After what has seemed like a rather short summer break, Liverpool's first-team squad are back at Melwood today to begin preparations for the 2018-19 campaign.

Of course, with the World Cup still ongoing, it won't be a full complement of players returning to the club's training base, but there are plenty of big names making an appearance.

We'll bring you updates, photos, video and plenty of behind-the-scenes info as the work begins ahead of another big season.