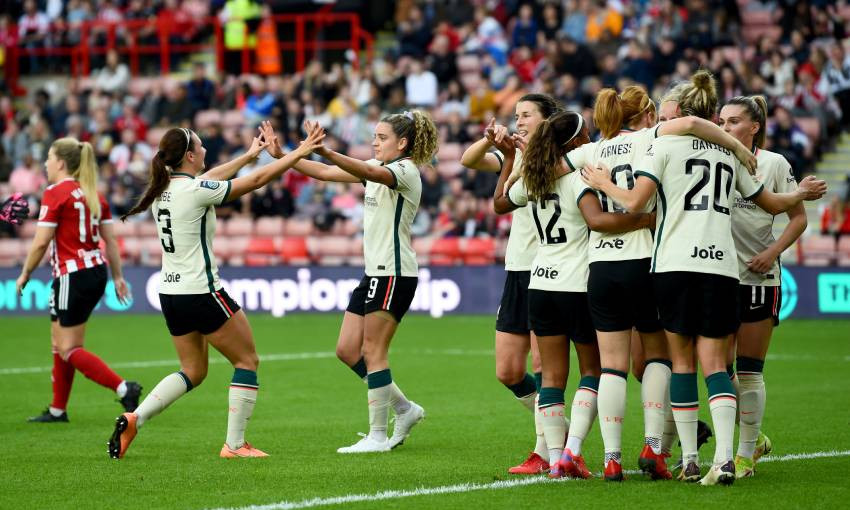 Liverpool FC Women moved to the top of the FA Women's Championship after an excellent 2-0 victory over Sheffield United in front of 4,100 fans at Bramall Lane.

Charlotte Wardlaw's first goal for the club and Leanne Kiernan's third in two games did the damage during the first half for Matt Beard's side, who then managed the match well in the second period.

The result sees the Reds move up to first place and one point clear of Durham Women, who face Sunderland on Sunday afternoon. 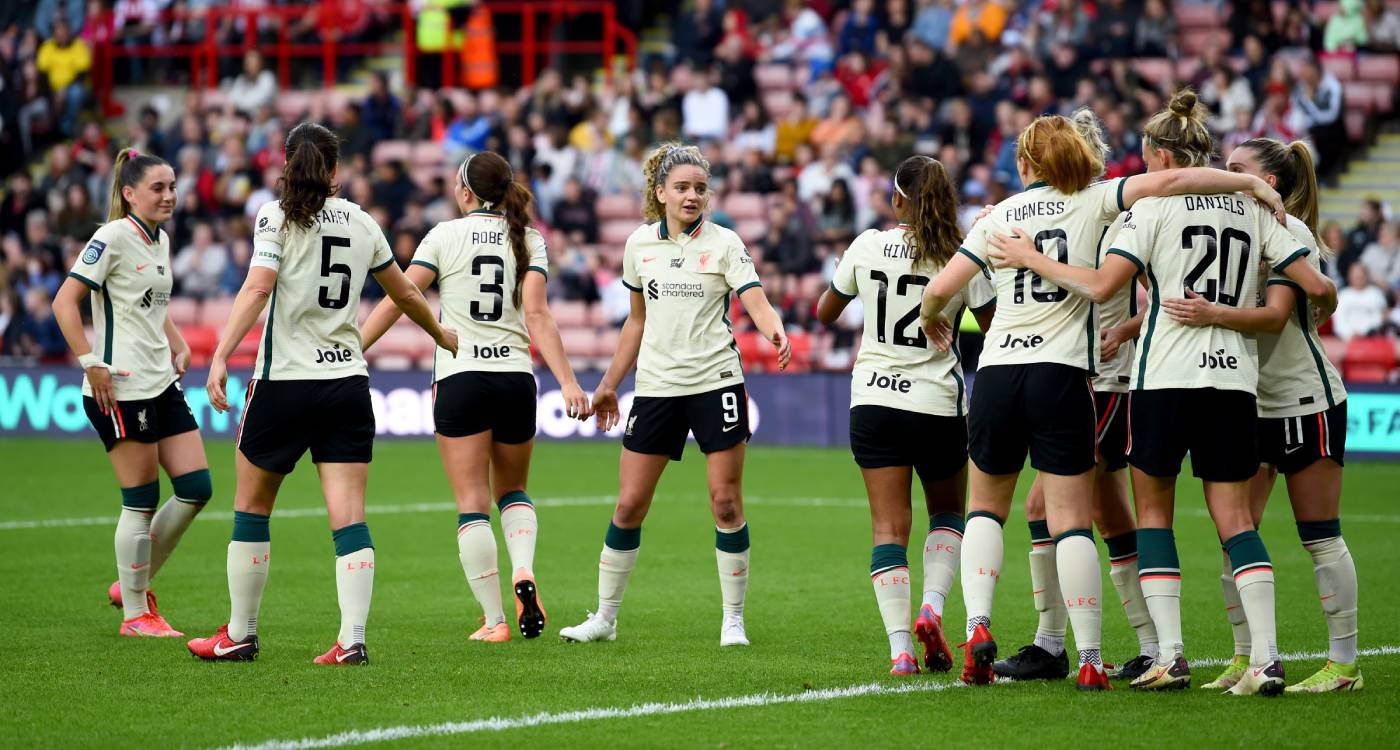 Beard made three changes from the win at Crystal Palace, with captain Niamh Fahey drafted into defence, Rachel Furness joining midfield and Yana Daniels making her first start since her return to the club on the wing.

The visitors should have been ahead after just 90 seconds. A well-flighted Taylor Hinds free-kick from the left found Jasmine Matthews right in front of goal, and the defender knew she should have scored when heading just over.

Liverpool didn't have to wait long for the breakthrough, however, and it came from a rather unlikely source.

Right wing-back Wardlaw cut in well from her touchline and, after assessing her options, decided to shoot from more than 20 yards. One of four former Reds in the Sheffield United line-up, Fran Kitching, could only watch as the ball curled over her head and into the net. 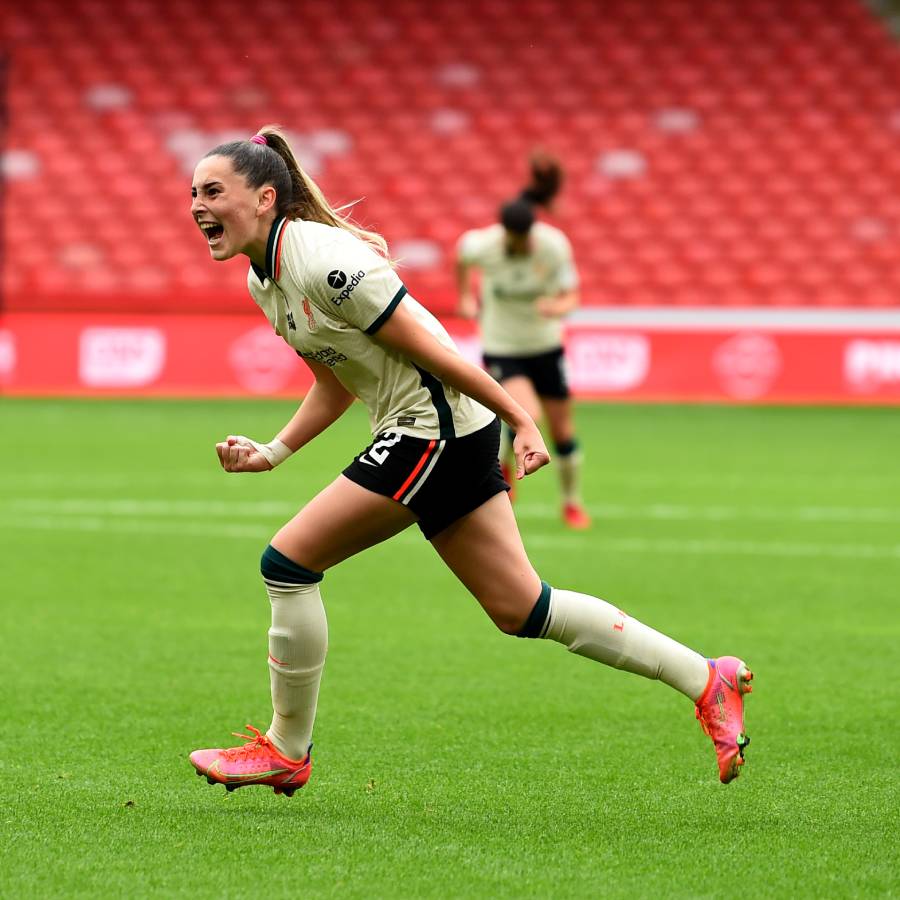 Hinds also fired an effort from distance, though her shot from 30 yards was well claimed by Kitching this time.

The hosts hadn't created much but Rachael Laws had to be careful when a goal-kick was almost charged down, while a cross from Maddy Cusack looked dangerous but couldn't find a Sheffield United head.

Lucy Watson had the home fans cheering on 25 minutes with a left-footed drive which many thought had gone in – but Laws had it covered and the effort went into the side-netting.

Another former Red, Courtney Sweetman-Kirk, wasn't far from an equaliser just after the half-hour mark when she charged down a Laws kick-out, but the ball cannoned away past the post.

Instead, it was to be Liverpool who stretched their lead.

A superb Furness cross had brought Kiernan her first Liverpool goal against Palace last week, and the same combination struck to make it 2-0 on 37 minutes.

United failed to clear their lines and Furness made space to deliver a wonderful in-swinging cross with her left foot. Kiernan expertly finished it with a simple header at the back post. 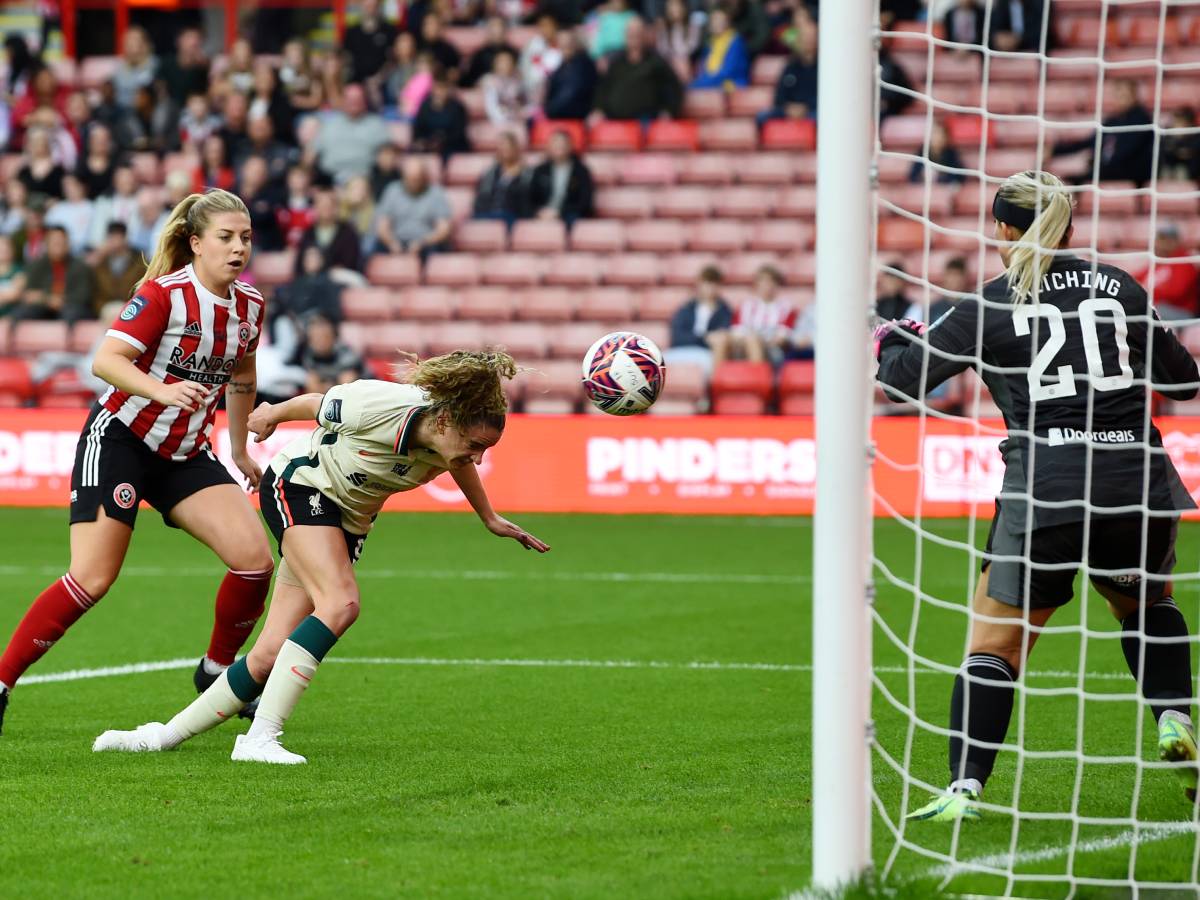 There was almost a third just before the break, with a low shot from Hinds blocked by the legs of Kitching before Kiernan's follow-up was cleared near the line by a defender.

The second half was to be about game management and getting over the line.

Wardlaw and Hinds made some excellent breaks out of defence, the former landing one perfect cross on the head of Kiernan – but the in-form striker couldn't keep her header down this time. 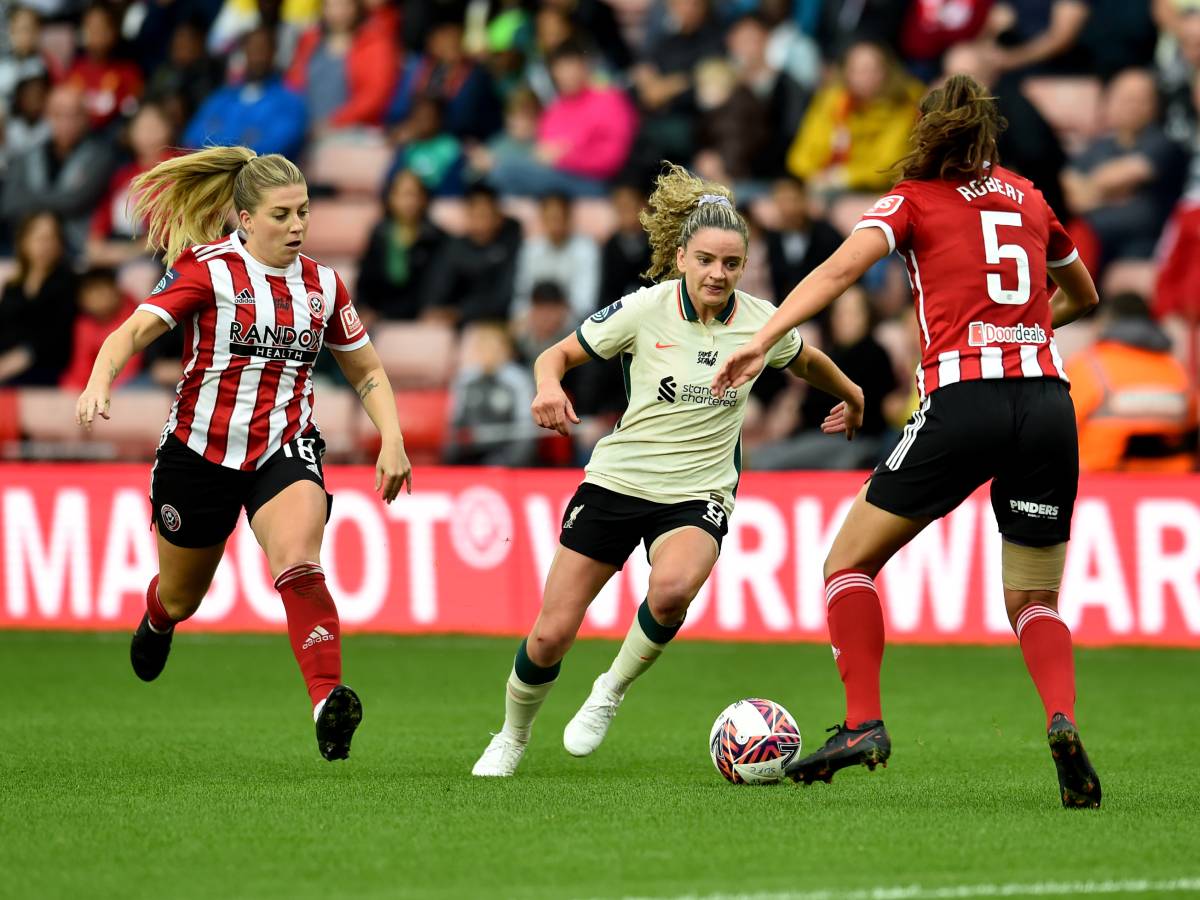 A fine run from Kiernan ended with a cut-back for Furness but the Northern Ireland international's shot lacked the power to beat Kitching.

Leighanne Robe, Matthews and Fahey were dealing comfortably with everything at the back, though Watson did force a tidy save from Laws after Daniels lost the ball in midfield.

Substitutes Missy Bo Kearns and Georgia Walters forced an error from Kitching on a goal-kick but the ball deflected to safety, while Kearns' late corner caused chaos in the home defence but somehow stayed out.

The Reds saw off some dangerous set-pieces in injury time, and from one Kearns broke the length of the pitch but ended up dragging her shot wide with just the 'keeper to beat

It was a terrific Ashley Hodson tackle that created the counter-attack and the only downside of the day was to see her helped from the pitch with an injury moments later.