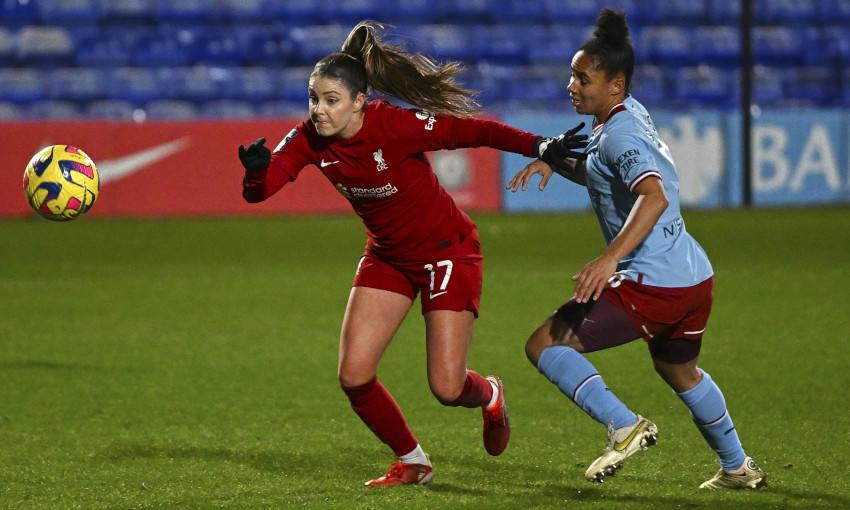 The defeat means Matt Beard’s Reds must wait for other fixtures in the competition to be completed to see if their tally of nine points is enough to reach the quarter-finals.

In the fledgling stages of the Group B clash, Yana Daniels almost capitalised on City’s failure to clear their lines but the visitors mopped up before the Liverpool attacker could strike.

The Reds landed the first shot on goal in the eighth minute, however, a turnover deep in opposition territory allowing Missy Bo Kearns to sweep a curling effort towards the top left corner that Sandy MacIver took out of the air well.

City began to assert control of the ball, though without truly concerning the home team, with Hayley Raso’s driven cross-shot past the front of goal the closest they came during that spell.

They fashioned their best chance of the first half eight minutes before its end, Demi Stokes making headway down the left flank and feeding a pass back to Angeldahl, whose rising blast perhaps had Eartha Cumings beaten but whistled just over the crossbar.

Beard was forced into a change moments from the interval, Charlotte Wardlaw succumbing to an injury and Katie Stengel her replacement with the score still goalless. 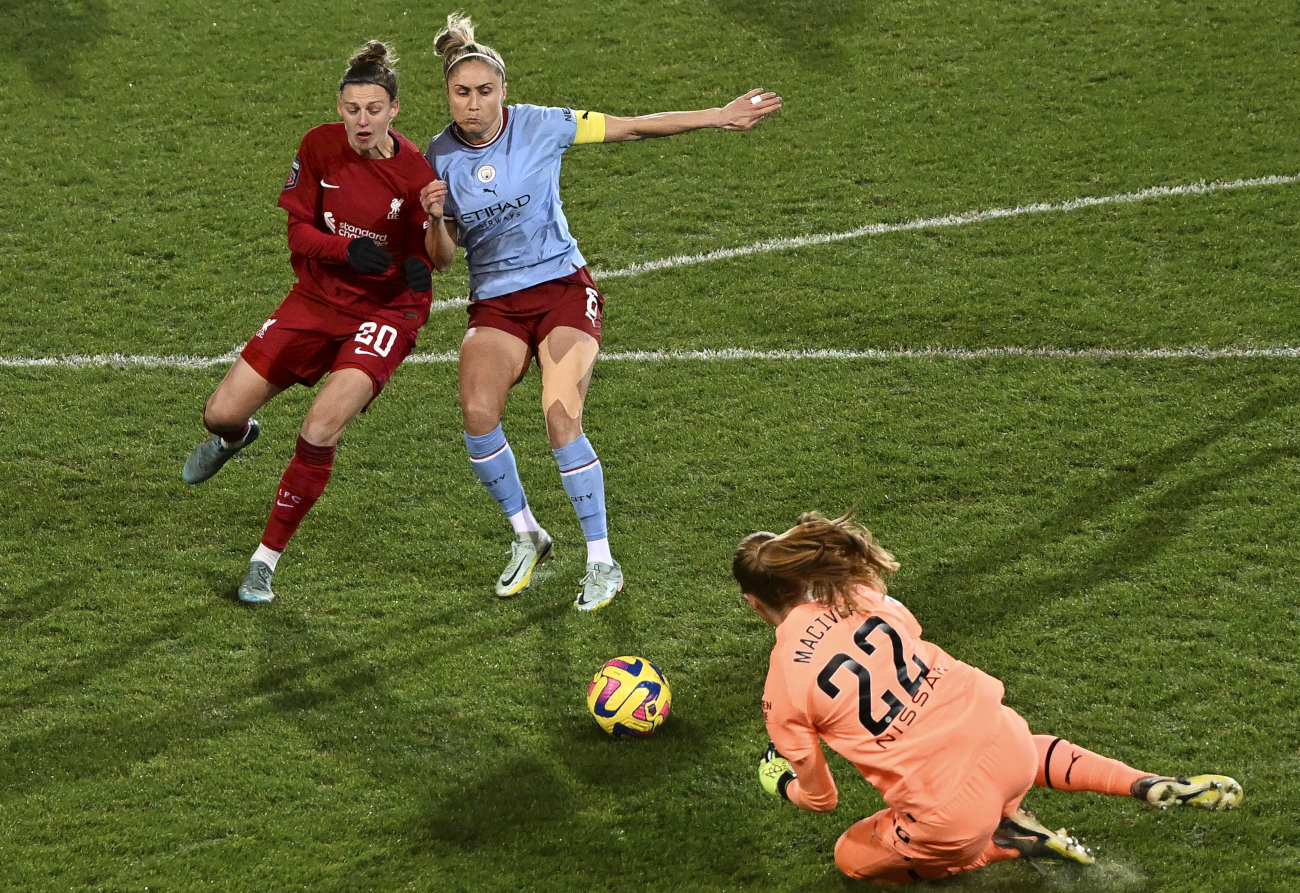 Neither side was quite able to find a rhythm upon the restart, but City steadily began to exert a level of pressure that would yield the breakthrough before the hour mark.

After Rhiannon Roberts produced a brave block that would cause her to leave the field with an ankle issue, the away side found the opener via a left-wing corner.

The delivery was initially headed in at goal by Alanna Kennedy and blocked, but the ball was recycled to Angeldahl, who turned and dragged a low shot across Cumings into the bottom left corner.

Liverpool tried to rally in the search for an equaliser that would have led to a penalty shootout and the opportunity for a valuable bonus point, but it was from a potential foray that City countered and struck again.

Substitute Lauren Hemp sped dangerously through the left channel to create space for a low cross that was clinically dispatched first time when met by Fowler inside the box.

The Reds therefore drop to second in the table, behind City, and with only the five group winners and one best runner-up to qualify must await results from elsewhere to confirm their fate.