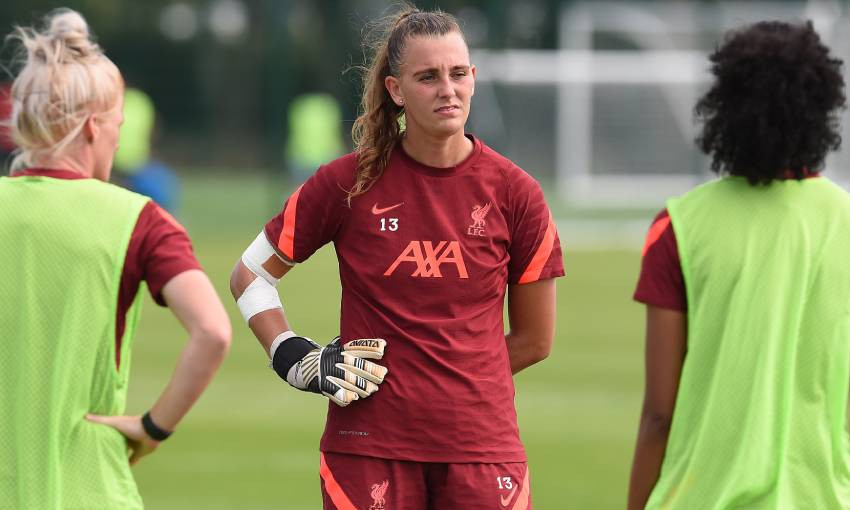 'You'll Never Walk Alone' means so much to people all over the world, and Rylee Foster in particular.

The iconic song Gerry Marsden took to the Kop not only inspires Liverpool players before games, it provides hope and togetherness.

Foster, the Liverpool FC Women goalkeeper, carries the words ‘You’ll Never Walk Alone’ proudly on her left arm as a tribute to her grandmother, who sadly passed away in 2014.

Born in Canada, Foster grew up as a massive Reds fan and is now living the dream, competing for the coveted No.1 jersey for Matt Beard’s side.

“For me, You’ll Never Walk Alone is just so special and means a lot,” Foster tells Liverpoolfc.com. “Not only is it the anthem of Liverpool FC, it was a song that was always being played in my house growing up.

“Just hearing the fans singing it watching on the TV is a very moving moment and when my grandmother passed away I just had to get the tattoo.

“I was always travelling a lot when I was back in Canada with the football and having this tattoo with these words means she is always with me. And it is also important to me because I have been a supporter of this club since I was a young girl.” 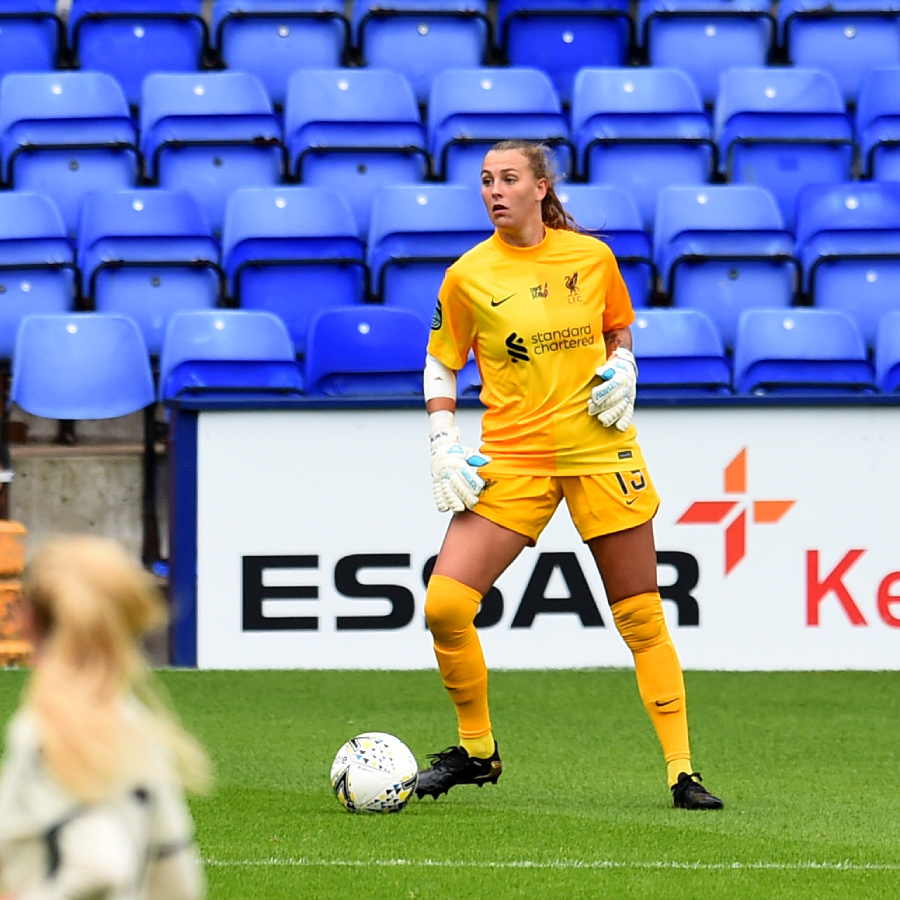 The No.13 has been a Red for as long as she can remember and recalls there was only ever going to be one team she would end up supporting.

“My grandparents were from Wavertree, so it was only right to support the Reds and my dad is a Liverpool fan as well,” she reveals. “So Liverpool is the only thing I’ve ever known.

“I kind of just fell in love with the game. My dad was a coach as well. When I first started playing in goal, I found I could do it and picked it up right away, and I have stuck with it ever since.” 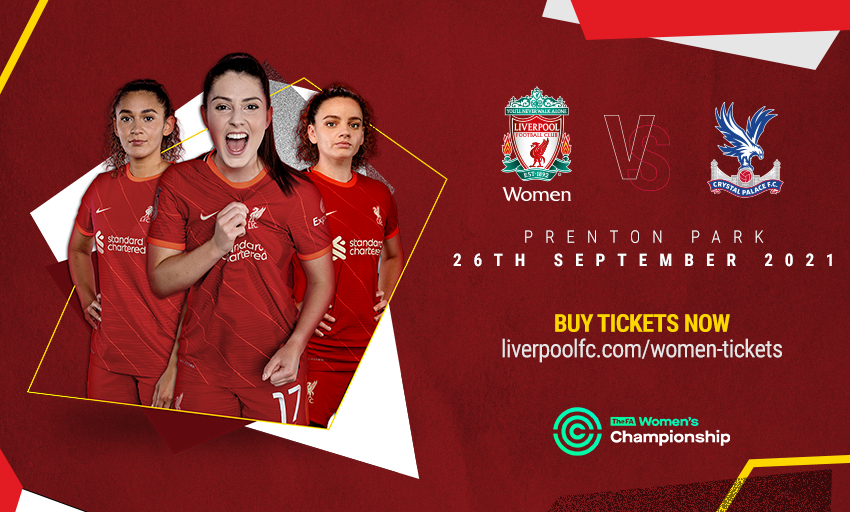 Selected to play in a Continental Cup tie against Manchester United, Foster played a key role in a 3-1 win at Prenton Park.

“That was such a memorable moment and it is one of my career highlights,” she reflects. “To beat Manchester United as a Liverpool player – which was also my debut – was a very big moment.

“My parents were watching the game back home and it was a special moment for me and my family.

“When the game finished I was just on the pitch crying to myself because it was just a big moment. I just wished my family could have been there.”

Foster has started the last two matches for Beard’s side this season in the FA Women’s Championship and kept a clean sheet last time out against Bristol City.

Competition for places is intense, with experienced stopper Rachael Laws and youngster Katie Startup, who joined the Reds on loan during the summer, also part of the goalkeeping contingent. 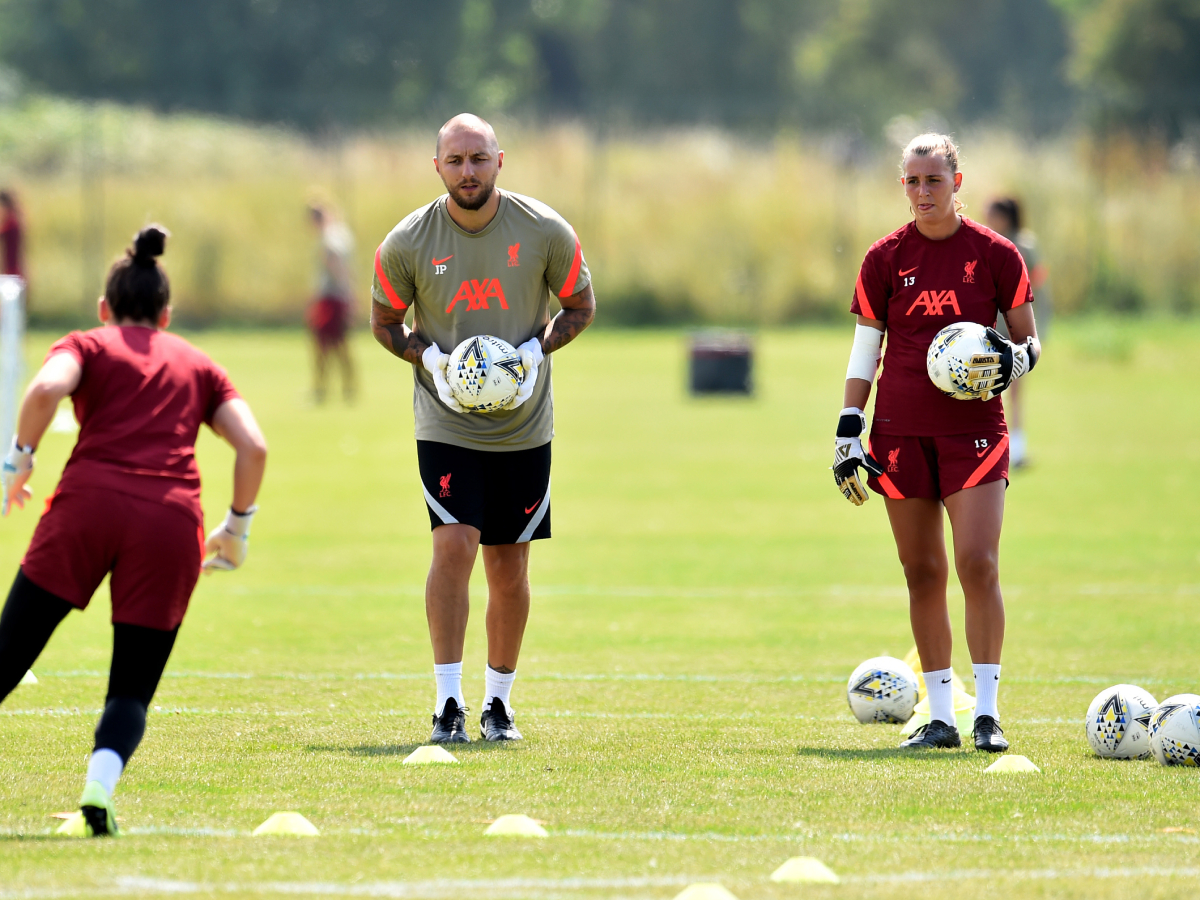 “We have a really good environment and it’s a fun one to be around with all of the players,” says Foster. “We all have different personalities and are different goalkeepers, so we all work really well together.

“The competition for places is exactly how it should be and keeps us all on our toes. Who is going to start in goal is based on performance.

“Katie has also come in with good vibes and we are all pushing each other hard. I look up to Lawsy a lot and she has the experience and the maturity that I don’t have. She is a great character and I have learned so much from her in training and watching her play in the games.”

Even when she is on the bench, Foster can be heard supporting her teammates and is vocal and passionate about this team.

She continues: “Communication is so important and you need to support one another, so I always try to do my bit on the pitch and off the pitch.

“I’m going to be there for everyone no matter what. And at the end of the day, I’m not the one that is going to get promoted, the team is and that’s what it’s all about.

“It’s so important to be as vocal as I can and support this team. I’m a vocal character!”

On Sunday, LFC Women welcome Crystal Palace to Prenton Park, with the Reds seeking their first home victory of the season.

After the narrow opening-day loss to London City Lionesses, they won 3-2 away at Watford before playing out a goalless draw with Bristol City.

“This is a big season for us and no question about it, we need to get promoted and be back in the Women’s Super League as soon as possible,” Foster insists. “That is the ultimate goal for the whole team.

“It’s a long season. This season, I feel this league is a lot more competitive and the competition is very intense, with a lot of teams challenging for promotion.

“The results are going to be up and down across the league, but we have our goals and we know what we need to do to get ourselves in the best position.

“Our team is starting to come together now and it’s time to get a win at Prenton Park in front of our fans on Sunday.”

things we love to see!! Can’t wait to see our fans take advantage of this great opportunity 🚌🔴 https://t.co/V2kMxhjScy

“Our fans are so, so important to us,” Foster adds. “It’s fantastic to have them back at the games supporting us. We want them to feel a part of us – which they are.

“When we hear them singing You’ll Never Walk Alone before the game and singing the players’ names, it just means so much to us and we want to give absolutely everything we have got for them.

“I think that is a brilliant idea offering the free coach service and I’m so glad it is happening this weekend because we need the fans.

“I know it’s not always easy for everyone to get across the water to Prenton Park, so to have this opportunity is absolutely amazing and I think this could be the start of something big for us.

“We want to do the football club proud and we want to do our fans proud, and I can promise them we will be giving absolutely everything we have got to get the three points on Sunday.”

Working under new manager Beard, Foster believes the Reds boss has brought a real togetherness to the team and the club as a whole.

“I love working with him and I think he is exactly what the club needs,” she finishes.

“He is very honest, he is very passionate and he is also a family man and he treats us like we are one of his own.

“We have a very good bond in this team and everyone is very unified, and I think that’s because of the work he has done and the commitment he has brought to this team.”