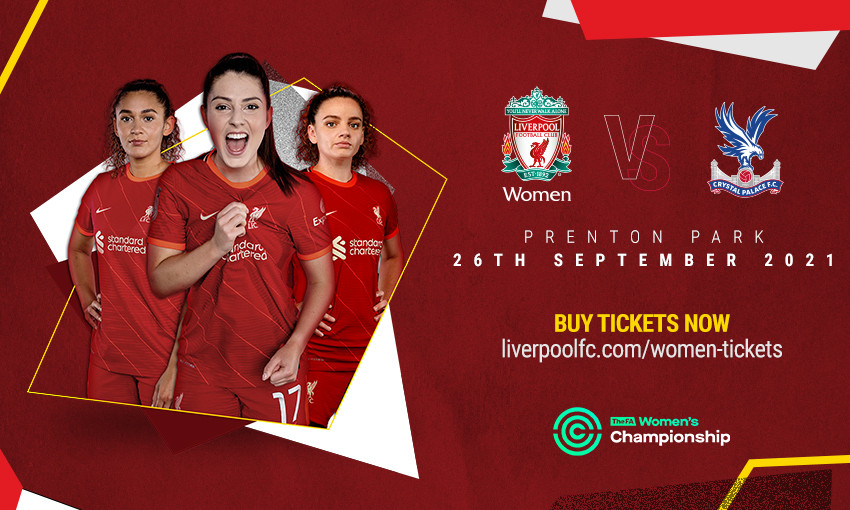 A free coach will be in operation to take fans to the next Liverpool FC Women home game, against Crystal Palace on Sunday.

It comes as the club continues to trial a ‘Park and Ride’ offer and follows the successful uptake of the service at the first home match.

The service will depart Anfield at 12pm BST on Sunday and take supporters to Prenton Park for the FA Women’s Championship fixture, which kicks off at 2pm.

The coach will then leave from Prenton Park after the game and return fans to Anfield. Anyone who wishes to ‘Park and Ride’ can leave their cars at the Sir Kenny Dalglish car park at the stadium before taking the coach.

To reserve a place on the coach, fans just need to complete this form and display a valid match ticket to the coach steward.

Match tickets are on sale to the public now at www.liverpoolfc.com/women-tickets priced just £4 for children and concessions, and £6.50 for adults.

Anfield season ticket holders and LFC Members are also reminded that a discount code will be placed in the Members Area this week that entitles them to four free tickets for this match.

A family park will be in operation for children ahead of the game in the Prenton car park, including football games, photo opportunities with Mighty Red, and face painting with lots of glitter.

Matt Beard’s side have taken four points from their last two fixtures in the league and will be keen to secure their first home win of the season.

Palace have an identical points total and goal difference to the Reds so far, so a good contest should be in store – book your tickets now and come along to support the team.