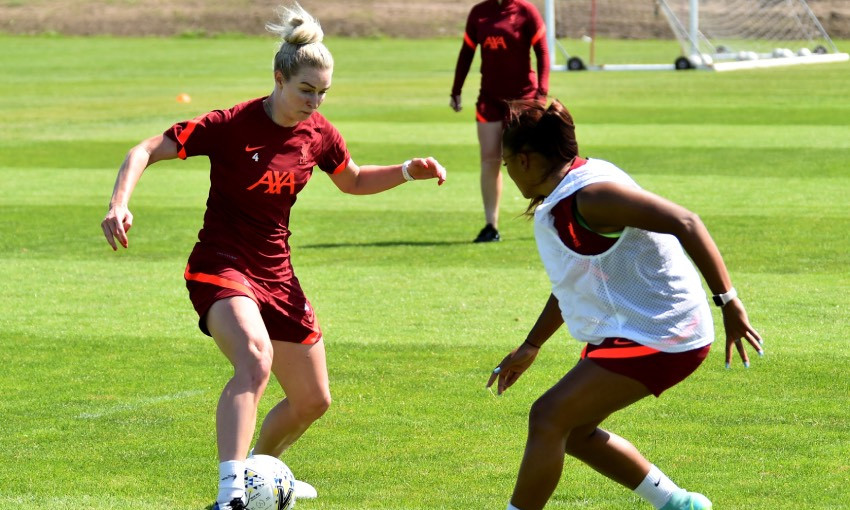 Liverpool FC Women continued their pre-season preparations with an internal training match at the Solar Campus on Saturday.

Two combined teams of first-team players and U21s took each other on in a competitive 50-minute affair, which ended in a 1-1 draw.

Manager Matt Beard was pleased with what he saw as the Reds now set their sights on their first official game of pre-season against Leicester City next week.

He told Liverpoolfc.com: “I was pleased with that. We’ve seen things we’ve been working on in training. We had two focus points today, which were our counter-press and attacking transition.

“Obviously we’ve been working on reduced numbers, so it was good to open the pitch right up and get minutes into their legs and their lungs.

“A couple of the attacking patterns we’re working on came off, especially in the first half, and we’re seeing players trying to build relationships.

“I was really pleased with the fitness levels so, David [Robshaw, physical performance coach] deserves a lot of credit and Hina [Chauhan, physio] as well, plus the girls for the work they’ve been putting in.” 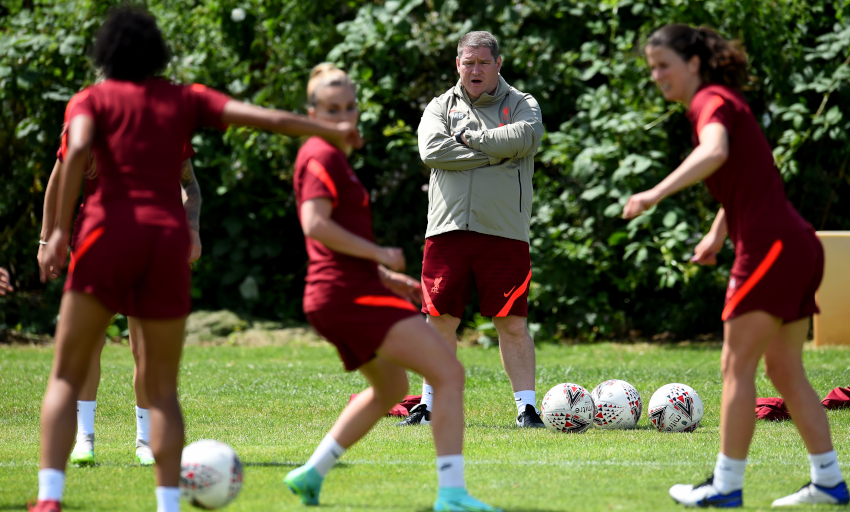 The squad will be bolstered again this week with several more players returning from injury as the team prepare for the Leicester encounter.

“We’ll have the majority of the squad back in training by the end of next week, we’ll probably be just one or two short,” Beard continued.

“The key for me is that we progress what we’ve done today into next week’s training and then playing against Super League opposition in Leicester will be a great test for us.

“We’re probably a week behind where I’d like to be with the Fylde game being called off but we’ve got plenty of time before the season starts to sort those little bits out and there’s plenty of positives to take from what we’ve done today.”

Beard also had words of praise for the younger players who took part in the game from the club’s U21 group.

He said: “There were some really good individual performances from them and they’ve only been back in training themselves a week, and we’re in our fourth week.

“We went through some structural stuff with them and they did that well and for me it’s vitally important that our young players are exposed to this. They had no fear, which was really pleasing to see.

“All in all, a good day and a good experience for everyone.”