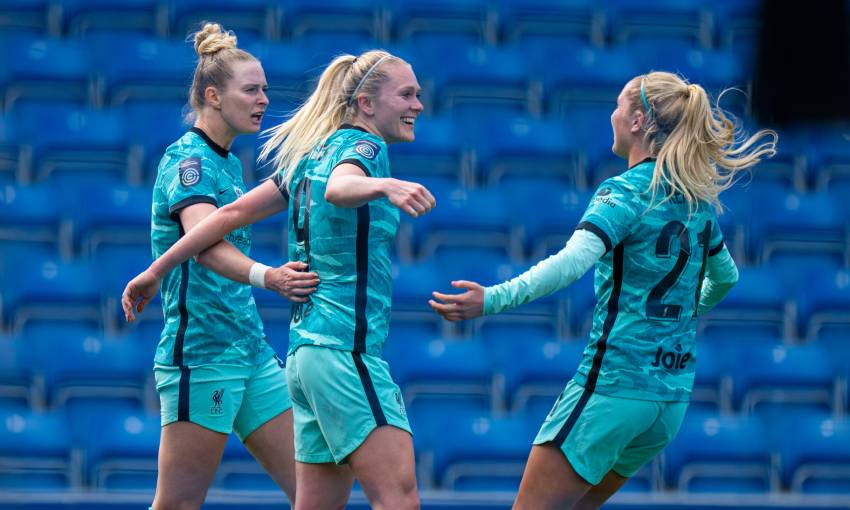 'There's definitely been progress but we've still got work to do'

Liverpool FC Women extended their unbeaten run to seven games in the FA Women's Championship by beating Sheffield United 1-0 away from home on Sunday.

Amalie Thestrup's close-range finish after half an hour secured victory for the Reds and saw them leapfrog their opponents up to third in the league standings.

Liverpool goalkeeper Rylee Foster was the hero as she saved a 91st-minute penalty – the last of three awarded during the game – to secure the three points. 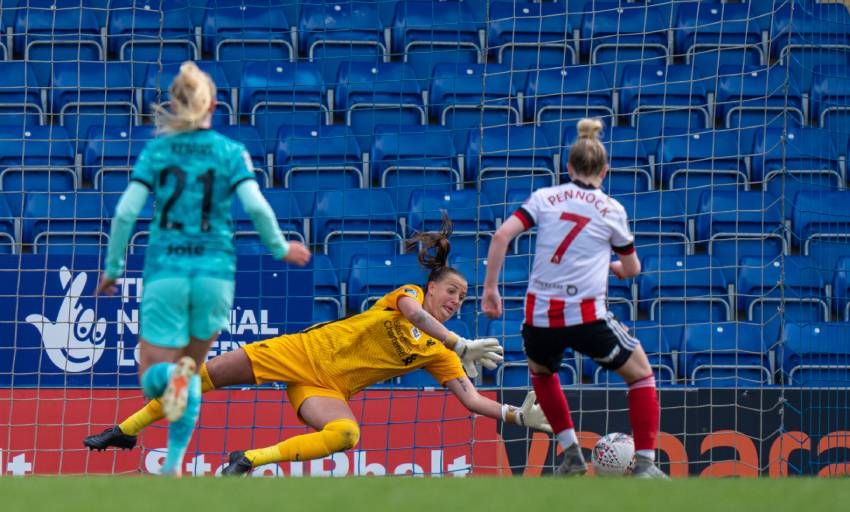 Seven minutes prior to Thestrup's opener, Sheffield United missed their first spot-kick when Katie Wilkinson's effort clipped the post and went behind.

Liverpool squandered their own opportunity from 12 yards out midway through the second half but came through regardless in their penultimate fixture of the campaign.

The visitors made a strong start to the game, with Kirsty Linnett's powerful effort from the edge of the box forcing Fran Kitching into an early save.

As both teams then traded blows, Sheffield United were awarded a spot-kick when Leighanne Robe brought down Courtney Sweetman-Kirk.

Wilkinson stepped up but was off target with the effort – and the Reds capitalised on the let-off.

Thestrup was in the right place at the right time to tap the visitors into the lead. 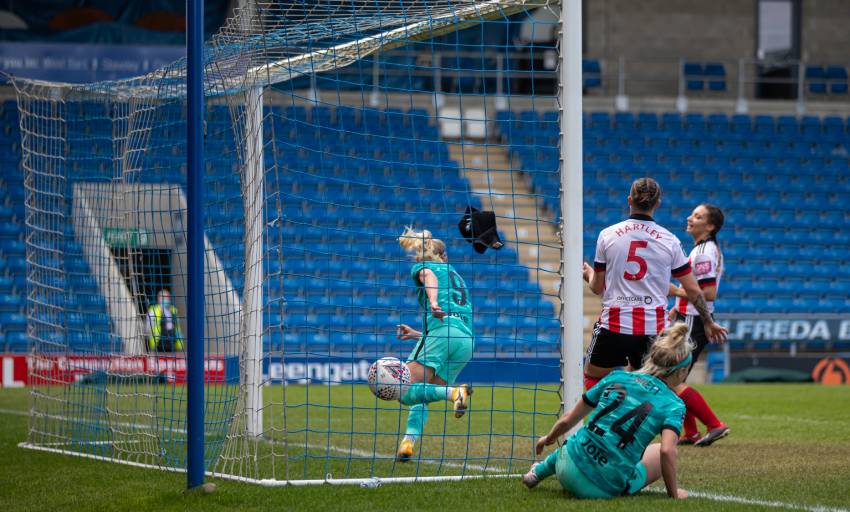 Amy Rodgers had released Melissa Lawley down the right, with Linnett then fed and drilling an effort towards goal from a tight angle. The strike hit the goalkeeper and ricocheted off defender Naomi Hartley, falling kindly to Thestrup near the goalline.

It was very nearly 2-0 right on the stroke of half-time, though Kitching pulled off a fine reaction save to deny Rodgers.

There was little to report from the opening stages of the second period.

But in minute 65, Liverpool were awarded a penalty when Hartley pushed Rodgers inside the box. However, Kitching got down low to keep out Linnett's spot-kick and it remained 1-0. 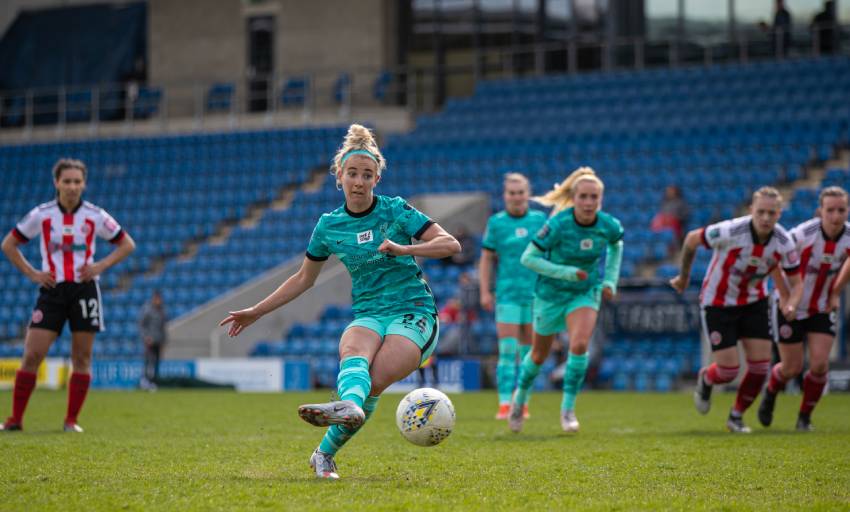 Then an action-packed finale ensued. Taylor Hinds was sent off for a second bookable offence when she was adjudged to have handled a cross put into the box.

It meant the game's third penalty was awarded, but Foster pulled off a brilliant save to deny Jade Pennock. The stopper was extremely brave on the rebound and suffered a nasty blow as a result that saw her stretchered off.

But the Reds closed the game out and will conclude their season next weekend at home to London City Lionesses.