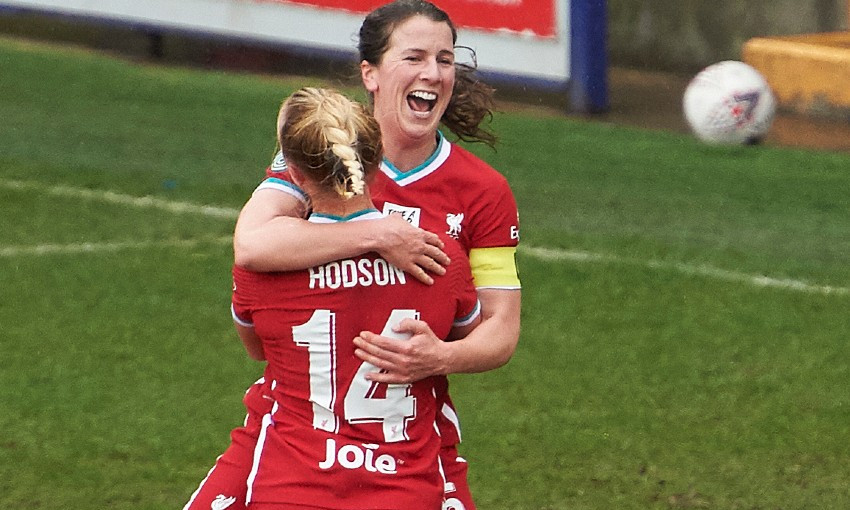 Centre-back Fahey has netted three goals in her last two games, with her winner at Crystal Palace being followed up by a double in the 5-0 victory over Coventry United.

“Niamh has been incredible these last 11 weeks and I know that it means absolutely everything to her to put on that Liverpool shirt and to be captain of this team.

“It really hurt her, the period we had before Christmas, but she has really stood tall and in recent weeks stepped up to the mark. She is a fantastic leader and role model to the other players.”

The Reds are back in action on Sunday when they host Blackburn Rovers in the FA Women’s Championship. Find out how you can watch the game live and for free here.

Whiteley’s side have won their last three league games and sit in third place in the FA Women’s Championship.

"We were strong from start to finish with goals from all over the place as well," Whiteley said, of the win over Coventry last time out.

"We could have scored more goals and that’s something we need to keep working on in future games, going for that killer blow a lot early on."

On Sunday's contest, she continued: "I think Blackburn have had a fantastic year.

"In summary, they have got a group of good people who are all hard workers and all want to give it absolutely everything they have got when they go onto the pitch, and I think that’s really shown in their performances this season. They are going to be hard to beat."

Ceri Holland was named the Championship's Player of the Month for February earlier this week, with Whiteley paying tribute to the new signing.

"Ceri has been excellent and her work-rate is phenomenal," she stated.

"I suppose she epitomises what it means to put on that red shirt, in that you give absolutely everything for this club every time you walk out on that field, for the badge and for the fans, for the club. She does that every single time. She has been a great addition."