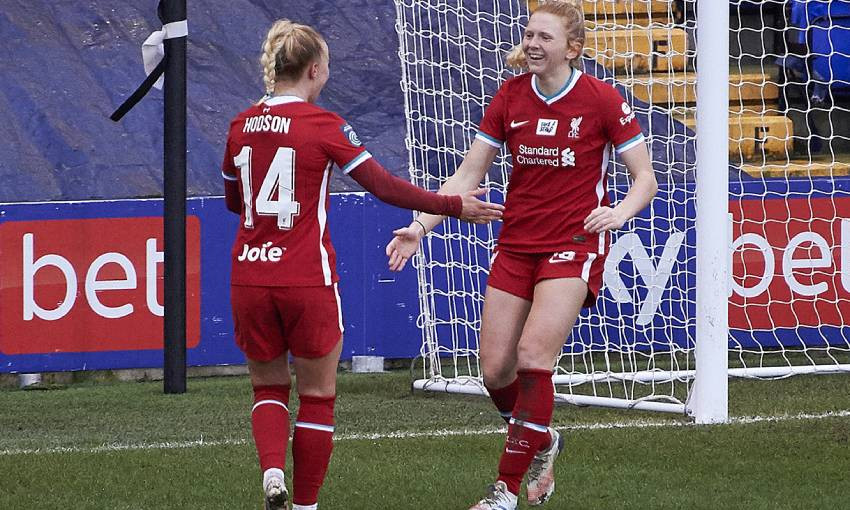 Liverpool FC Women midfielder Ceri Holland has been named as the FA Women’s Championship Player of the Month for February.

The accolade is more recognition of the impact the 23-year-old has made since joining the Reds in January after four years in the United States at the University of Kansas.

Making her debut off the bench, Holland arrived late in the box to score a sliding goal against Charlton Athletic.

Her first start came in the home game against London Bees and once again she found the net, scoring the second in a 3-0 victory.

The good form has continued this month with another goal and an assist against Coventry United to make it a total of three goals in four games so far, with LFC Women now on a run of three straight victories.

Her fine form for interim manager Amber Whiteley has already seen her called up into a training camp for the Wales senior squad for the first time.

A delighted Holland told Liverpoolfc.com: “Obviously it's been a really good start for me as an individual in my Liverpool career, but it's been a great month for the team and you don't win these awards unless the team has a good month.

"Amber has got me playing quite confidently at the moment and she's trying to get the best out of me as a player which I have really benefited from."

The Reds return to action this Sunday against Blackburn Rovers at Prenton Park.

'Ceri is powerful and quick - she looks like a constant threat'

Ceri Holland up for Championship Player of the Month