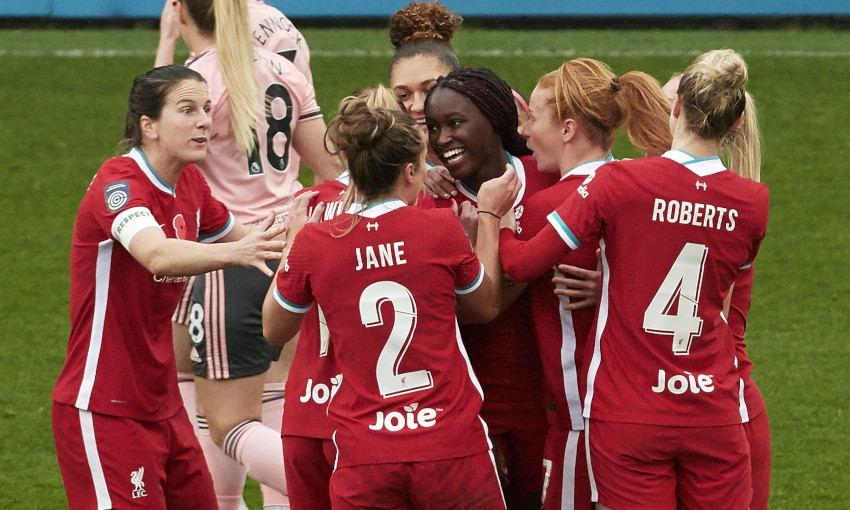 Liverpool FC will once again be proudly supporting Women’s Football Weekend, which takes centre stage this coming Saturday and Sunday.

The men’s international break has been chosen as an opportunity to allow a greater focus on the women’s game and shine a light on some exciting fixtures for supporters.

Last year, Liverpool FC Women used the occasion to play their first ever league match at Anfield in the Women’s Super League (WSL) era and attracted a superb crowd of 23,500.

That made up part of the 75,000 fans who attended WSL or FA Women’s Championship fixtures during the inaugural Women’s Football Weekend.

This year, with government restrictions due to COVID-19 preventing fans from attending matches in either league, the hope is to allow fans the best access ever to games through broadcasting initiatives.

All six games in the WSL will have staggered kick-offs so that fans can watch them all back to back if they wish with no timing clashes.

An exciting series of fixtures has been scheduled, including derby games in Manchester and Birmingham, while the two most recent champions, Arsenal and Chelsea, will also face off.

Vicky Jepson’s LFC Women will travel to face Blackburn Rovers in a north-west clash in the FA Women’s Championship.

The game will be broadcast live on LFCTV and LFCTV GO, as well as the club’s YouTube channel. It will also be screened live on the LFC Women Facebook and Twitter pages.

Kelly Simmons, FA director of the women’s professional game said: “Women’s Football Weekend was a huge success last year and the images of big crowds in main stadia is a special memory.

“It's sad that we can’t welcome Barclays FA WSL and FA Women’s Championship fans into the stadiums this year, and for that reason we have focused the weekend on ensuring people can watch as many games as possible from the comfort of their own home.”