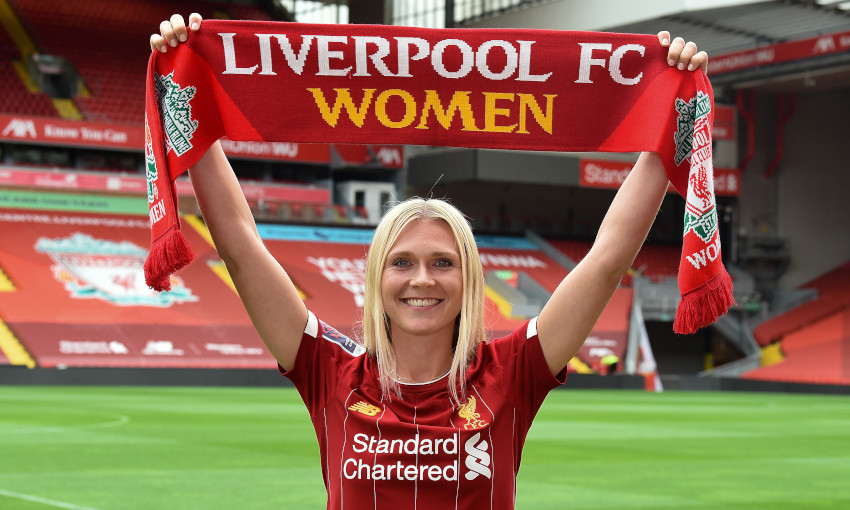 The 25-year-old Denmark international joins the Reds from AS Roma in Italy.

She had previously finished as one of the top scorers in the Danish league in her two seasons with Ballerup-Skovlunde Fodbold, while also collecting two league titles in three years at Brondby.

Thestrup becomes the third signing of the summer window for Liverpool FC Women.

Watch: Thestrup signs for the Reds

"Liverpool is a massive, iconic club which has a great history in European football and has done a lot for women's football as well," she said.

"So I'm extremely excited to be here and I can't wait to get started.

"It's always been a dream of mine to go to the UK to play as it's a really exciting development going on with women's football and when Liverpool became a possibility for me, there was no doubt in my mind this was where I wanted to go to take the next step in my career." 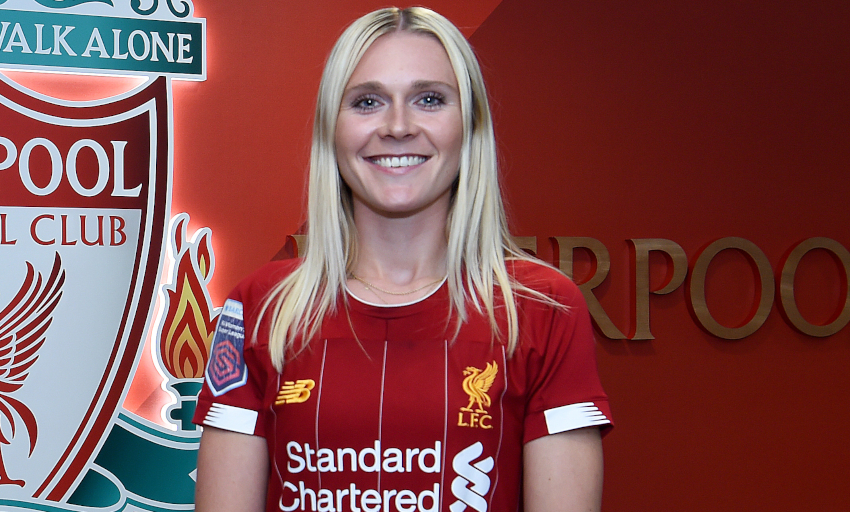 Thestrup is targeting goals and assists as the Reds look to bounce back into the Women's Super League this season and is also aware she's following in the footsteps of other 'Great Danes' to wear the Liverpool shirt in Jan Molby and Daniel Agger.

She added: "It's an honour to be following in their footsteps as a Dane in Liverpool and I'm going to do my best to live up to the impact they had in Liverpool."

LFC Women manager Vicky Jepson is delighted to secure the services of a player who scored 32 goals in 48 games during her time in Denmark.

"Amalie has an impressive record as one of the top goalscorers in Denmark in 2018-19 and is joining us from Roma. She's a Danish international with youth on her side, just turning 25 in March.

"I'm delighted to welcome Amalie to the squad, she's already fit in well with the team and trained well, with outstanding results on the fitness tests.

"I'm sure Amalie will wear the No.9 shirt with pride and I'm looking forward to see her join the frontline on our quest to return to where we feel we belong."