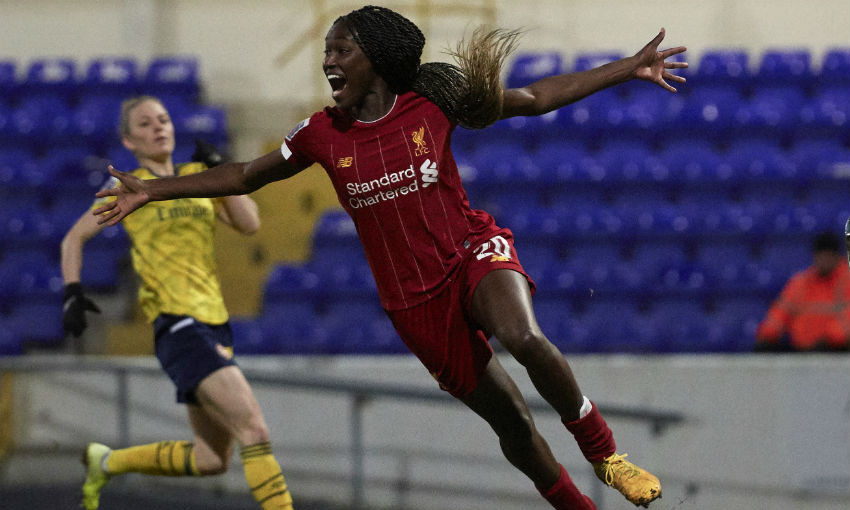 The 21-year-old ended last season as the club’s top goalscorer with eight strikes.

An England U21 international, Babajide is blessed with lightning pace and can play anywhere across the attacking line.

She joined the Reds in January 2018 and spoke of the progress in her game as a key element in committing her future to the club.

“I’m absolutely buzzing to sign a new deal with Liverpool,” Babajide told Liverpoolfc.com. “I’ve been here for two-and-a-half years and feel everything is going in a good direction for me, so I felt it was only right to commit to the club.

“I’m in a privileged position and I’m honoured to be here. I can’t wait to get started and carry on the journey with Liverpool.”

Rinsola: I'm ready to fight for the team

Babajide moved to Merseyside from her hometown of London early in 2018 and says she now feels ‘right at home’.

She is the third player to commit to a new contract in the last week after fresh deals for midfielder Rhiannon Roberts and vice-captain Niamh Fahey.

The forward is eager to ensure she plays her part in the team bouncing straight back after last week’s FA decision to relegate the club following the early end to the Women’s Super League season.

She continued: “I was so gutted about us getting relegated but now I’ve just washed that aside.

“I’ve got the emotions out of it and we just need to accept we’re now in the Championship and I’m ready to fight for the team to get promoted to the WSL.

“We have to use the frustration and anger in a positive way to help us with the fight for us to come back up. We’re all focused, we’re ready.”

She also had a message for the club’s supporters as she looked ahead to the next campaign.

“I want to say thank you to all the fans for their support for last season,” Babajide said. “I hope you stick with us for the coming season. We’re ready to fight for you and the club to get back up into the WSL.” 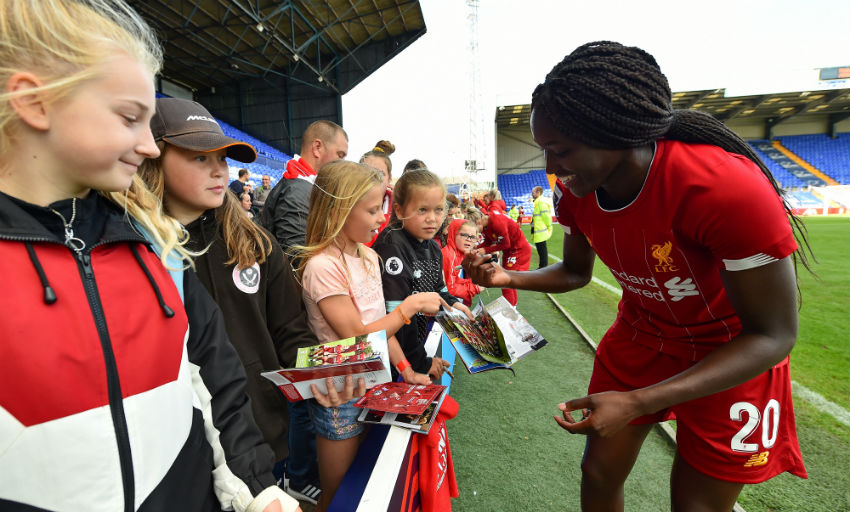 LFC Women manager Vicky Jepson was delighted to retain a player who has scored 15 goals in her 43 appearances with the Reds.

Jepson commented: “This is fantastic news for the club. Rinsola is a young international player who has a lot of potential to achieve great things in her footballing career.

“I am pleased that Rins wants to stay with LFC for the next few years as I know she will demonstrate her qualities and contribute in taking our team to success in the season to come.

“It goes without saying that Rinsola is one of the quickest players in the women’s game in the UK and has an impressive technical ability to go with it. I’m looking forward to continuing to work with Rins and pushing her to reach her true potential.

“I know the LFC fans will be delighted with this news as she is one of the fans’ favourites, and I’m sure Rinsola will thank you all for your support with her performances on the pitch next season.”