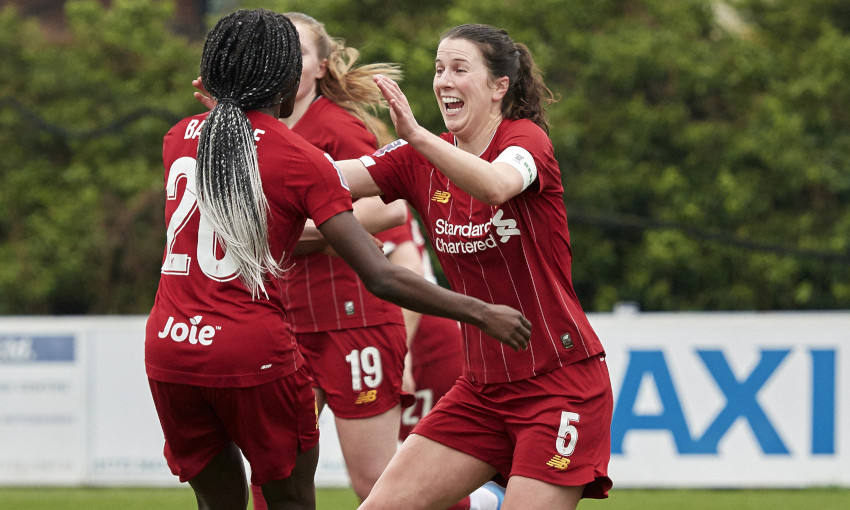 The Republic of Ireland international defender has a wealth of experience in the game and has committed to extending her stay with the Reds after two years at the club.

The 32-year-old was named vice-captain of Liverpool FC Women last season and spoke of her pleasure at continuing her spell.

“I’m just really happy to commit my future to the club,” the centre-back, who can also play in midfield, told Liverpoolfc.com. “It’s a club I grew up supporting, so I was more than happy to stay and it’s my passion. So I’m just over the moon, delighted.

“It’s an amazing club to play for. I didn’t realise that I would feel the way I do when I pull on the red shirt.

“You know, you support the club but when you play for it, it’s a different feeling altogether. You have that badge and every day you are going out representing the club and it just adds an extra special meaning to me.

“As a supporter it’s beyond my wildest dreams to be a Liverpool player, so long may it continue.”

Fahey will be a key leader in the dressing room as the Reds look to bounce back from the disappointing news that they will be playing their football in the Championship next season after the Women’s Super League season was cut short.

“We would have liked the opportunity to fight our way out of that situation but that wasn’t to be, so we just have to accept what is now and to bounce back as quickly as possible and back to where we should be in the WSL,” Fahey said.

“It’s taking the next challenge now and hopefully our supporters will back us as players and we are looking to bounce back immediately.

“We are passionate about this club and we want to fight for this club. Vicky, our manager, now has a chance to implement her style and all the players are committed to bouncing back as quickly as possible.

“We still have a strong group of players and we are ready to go for the next challenge now.”

Fahey said the support of the fans would have a big part to play in the season ahead.

She continued: “With all the songs they have, it’s a great lift when you hear them singing all the chants and you hear your name as well, so they are a special group and I just think Liverpool Football Club is a special club.

“The fans really get behind us, so it’s great to be representing them as well as the club.” 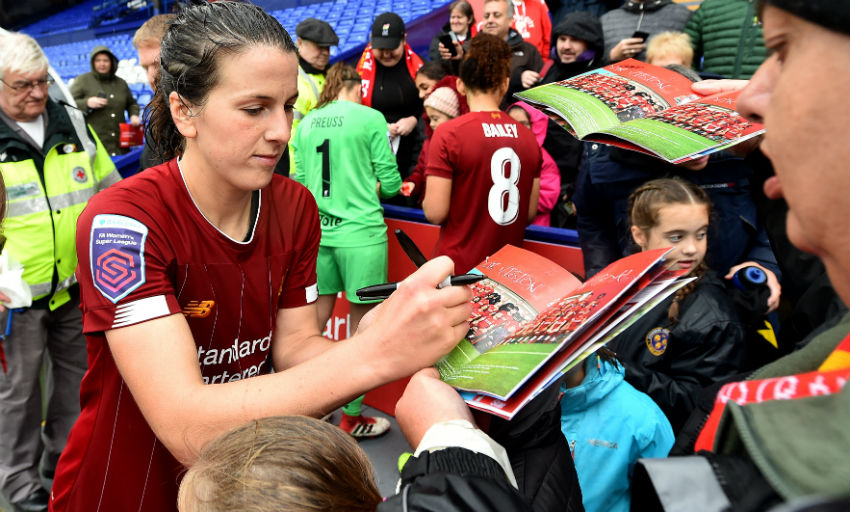 “Niamh Fahey is Liverpool through and through,” Jepson said. “I’m personally delighted to have Niamh with us as our vice-captain, to help lead the players and be an integral part of our journey.

“She understands what wearing the Liverpool badge means to our fans and wears it with honour. Going through these tough times, a leader like Niamh is invaluable in your squad.

“The experience she brings from playing in the top flight of the women’s game for many years, with her international experience on top of that, stands out in training and on matchday.

“I’m sure all our fans will be delighted to see Niamh stay at our club, just as I am.”

Fahey has won a host of honours in the game and has now clocked up 41 appearances with the Reds.