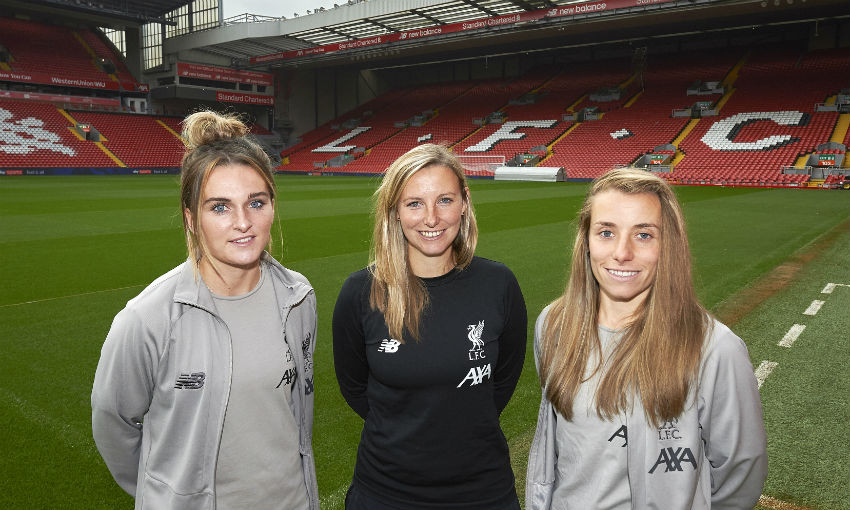 Liverpool FC Women players and staff have expressed their excitement at playing their first ever league game at Anfield next month when they take on Everton.

History will be made as the Reds meet their local rivals in L4 on Sunday November 17, with kick-off scheduled for 3pm GMT.

Tickets are on sale now and the match forms part of the FA Women’s Football Weekend during the next men’s international break.

Read on below as Liverpoolfc.com spoke to Becky Jane, Melissa Lawley and boss Vicky Jepson to preview the occasion...

An historic moment for women’s football on Merseyside 🙌 Next month, we'll play our first ever league game at Anfie… https://t.co/t9YgL2uehg

We always wanted to play at Anfield this season. But before we just jumped right in and threw a fixture to play here, it had to be the right fixture at the right time and, for me, there’s no better fixture than a derby. The excitement behind a derby for both clubs is fantastic but also it’s an international break. So, for the Reds that are twiddling their thumbs at home because the red men aren’t playing, get down and watch the red women.

It will be nice to hear the fans singing ‘You’ll Never Walk Alone’ when our players walk out onto the pitch and I want them to experience that more than I want to experience it myself. I’m looking forward to the day.

It's incredible. When the squad all found out we were really happy and really excited. The pitch is a carpet, so I can't wait to play on that! It just shows how far the women's game has come. Hopefully there'll be a big turnout and big occasion. It will be my first derby, I haven't played in that before, so it's going to be a massive game.