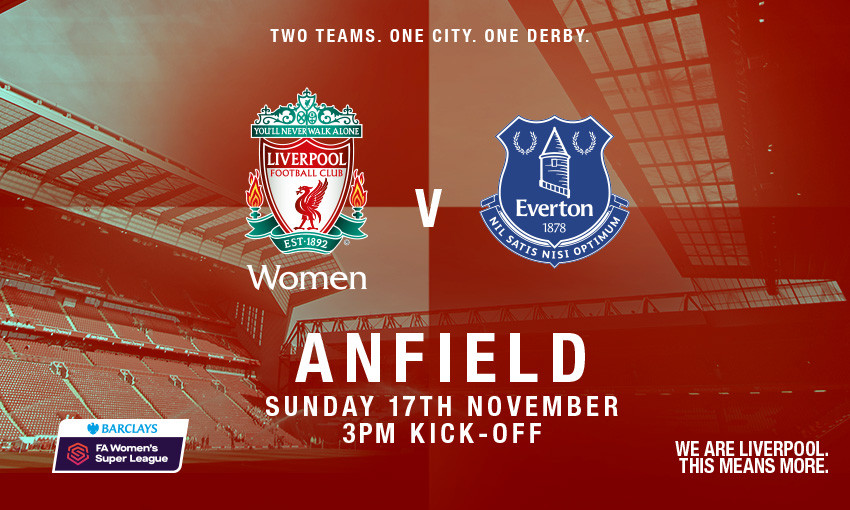 More history will be made at Anfield next month when Liverpool FC Women play their first ever league game at the ground.

And the Women’s Super League fixture will be even more memorable as it will see the Reds face city rivals Everton in a Merseyside derby.

The match will take place on Sunday November 17 with a 3pm GMT kick-off – forming part of the FA Women’s Football Weekend during the next men’s international break.

An historic moment for women’s football on Merseyside 🙌 Next month, we'll play our first ever league game at Anfie… https://t.co/t9YgL2uehg

Reds CEO Peter Moore, who is also chairman of LFC Women, said: “This is an historic moment for women’s football on Merseyside.

“We’re incredibly proud to have our women’s team play their first league game at Anfield and for it to be a Merseyside derby against Everton makes it extra special.

“Our fans now have the opportunity to watch our women’s team at our spiritual home and I’m sure it will be a memorable occasion.

“We look forward to extending the warmest of welcomes to Everton’s players, staff and supporters.”

Adult tickets for the game will cost £5 with up to three accompanying children (under 16) for free, to encourage as many people as possible to enjoy the occasion.

LFC’s ongoing commitment to allow Anfield season ticket holders and Official Members free access to women’s games will continue for the fixture, although everyone must secure their tickets in advance at www.liverpoolfc.com/tickets.

LFC Women season ticket holders and those with pre-paid tickets will be contacted next week to arrange their tickets. 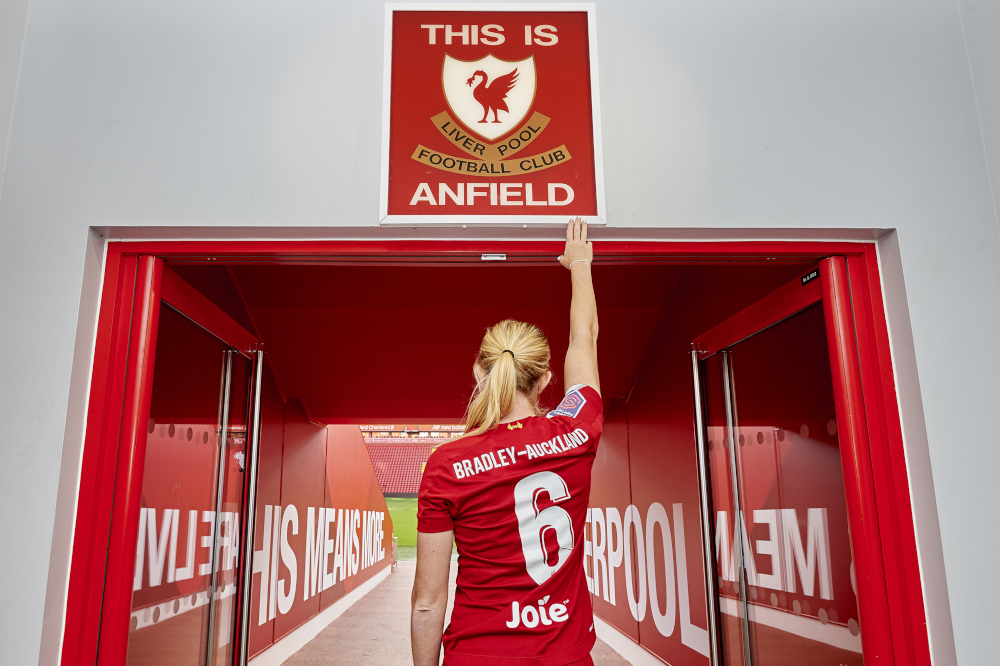 Vicky Jepson, manager of LFC Women, said: “Myself, the staff and the players are all thrilled to have the opportunity to play a game at Anfield.

“It is always special to represent a club like Liverpool but to do so at our home stadium is a fantastic prospect.

“It’s a great chance for us to introduce our women’s team to a whole new group of Reds supporters and, quite simply, we can’t wait.”

The two league games between the clubs were shared last season, with Everton winning their home fixture 2-1 and the Reds securing a 3-1 victory in the return meeting at their usual home of Prenton Park in May.

Willie Kirk, Everton manager, said: “Everyone at Everton is looking forward to the game at Anfield. Any Merseyside derby means so much to fans of both clubs and this will be a big occasion for the teams.

“Hopefully we can build on the growing popularity of women’s football, shown by some fantastic attendances at the Etihad, Stamford Bridge and the London Stadium, and put on a show.

“We hope for a packed-out crowd and to have as many Evertonians as possible cheering us on.”