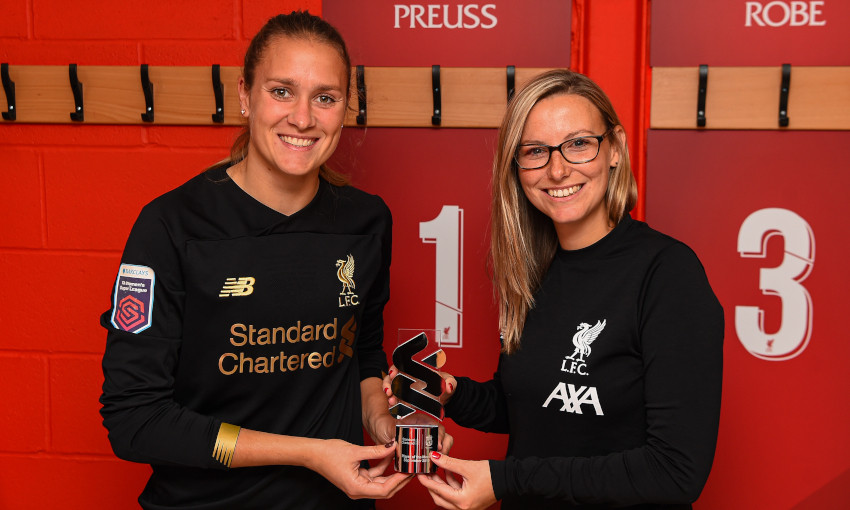 Anke Preuss has been named as the first ever winner of the Liverpool FC Women Standard Chartered Player of the Month award.

The goalkeeper collected the prize at the team’s training base at Solar Campus having been selected by manager Vicky Jepson.

Preuss figured in all four of the Reds’ fixtures during September and was in excellent form despite a tough start to the season collectively.

“It’s always really nice to be recognised for your individual performance so I’m really pleased to receive the award but, of course, for me everything is about the team,” said the 27-year-old. 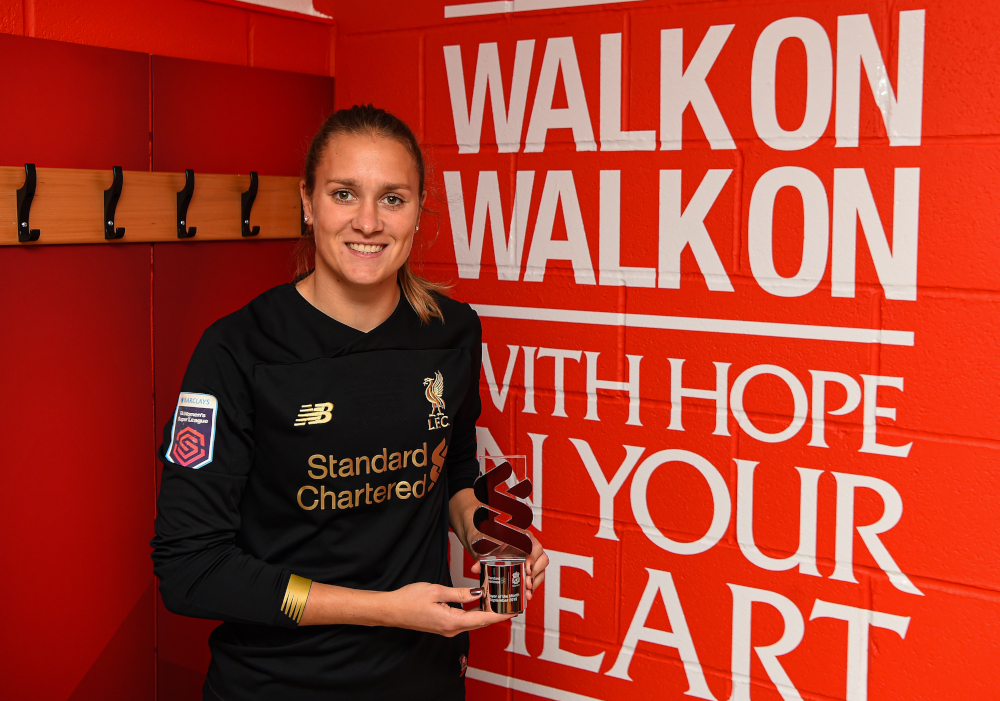 Defeats against Reading, Tottenham Hotspur and Manchester United in the Women’s Super League, and a Continental Tyres Cup loss at the hands of Sheffield United, made for a difficult beginning to the new campaign.

But manager Jepson, whose side picked up their first WSL point of 2019-20 in a 1-1 draw with Bristol City on Sunday, felt Preuss could be pleased with her performances between the posts.

“It’s really good to see Anke high in confidence, making big, big saves in big moments of the game when we’ve needed her,” the boss said.

“It’s testament to the hard work she and our other ‘keeper, Fran Kitching, have been putting in with our goalkeeping coach Jen Herst.

“Anke’s in after every game to look at her clips with Jen and I think that one-to-one time, looking at possible marginal gains, has had a really positive impact on her performance.

“She’s a worthy winner of the Standard Chartered award.”