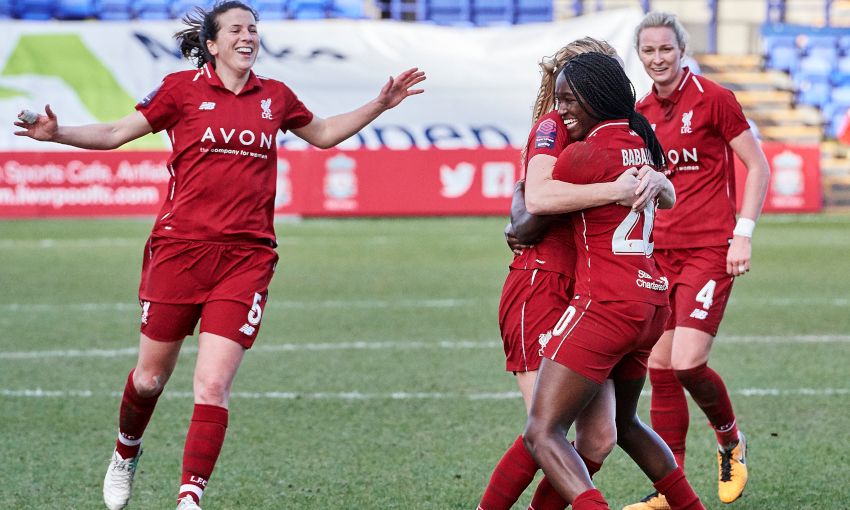 Kirsty Linnett and Rinsola Babajide were on the mark as Liverpool FC Women reached the quarter-final of the SSE Women's FA Cup with a 2-0 win over Millwall Lionesses on Sunday.

Vicky Jepson’s side played some excellent football in the fifth-round tie at Prenton Park as popular defender Satara Murray played her final game for the club.

Millwall Lionesses might be one division below the Reds in WSL 2, but they came with a plan and frustrated the hosts during a goalless first half.

Jepson’s team had most of the possession but, try as they might, couldn’t find an opening.

The breakthrough arrived on 57 minutes. A pass from Jemma Purfield found Linnett inside the penalty area, and the striker turned sweetly before finding the net with a powerful drive that flew beyond the reach of Sansom.

Babajide then curled an effort inches wide before she made no mistake with a brilliant second goal on 67 minutes.

A lovely reverse pass from Linnett found Babajide in space down the right, and after cutting inside the England U20 winger drilled an unstoppable shot into the net.

Babajide caused Millwall Lionesses problems all game and she nearly scored again with an excellent curler that came back off the post.

Murray was given a standing ovation by the LFC Women supporters at the end when she left the field on a perfect send-off, with a win and a clean sheet.