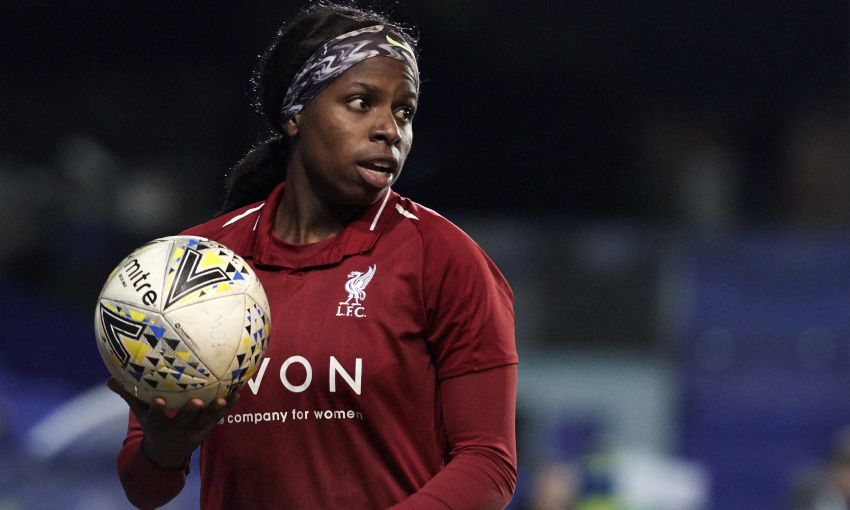 Liverpool FC Women will say farewell to Satara Murray this weekend, after four years with the club.

The popular defender has decided to return to America to be closer to her family.

The Women’s FA Cup fifth-round clash with Millwall Lionesses at Prenton Park on Sunday will be the 25-year-old’s final game with the Reds.

Murray joined LFC Women in January 2015 from college football in the States and has gone on to make 68 appearances at centre-back and right-back, scoring two goals and becoming a fan favourite.

“This decision is not easy, Liverpool is like home. Having to leave is the hardest decision in the world,” she said.

“But my family and friends have always been really supportive of me and they’re ready for me to go home. These four years have been a joy, this club is one of a kind and it will always have a special place in my heart.”

The No.44 added: “This team is going to have a great future. There is so much passion and heart in it.

“And from the bottom of my heart I’d like to thank the fans for everything. Thank you for genuinely believing in me as a player because there were times when I didn’t believe in myself. Without these supporters there is no Liverpool Football Club. I’m thankful to every one of them.”

“Satara Murray has been an integral part of our team over the last four years, not only on the pitch but off the pitch with her infectious personality,” she said.

“Nothing is ever a problem for Satara, she oozes positivity and we have seen her act as a role model for our younger players and at community events across the LFC family.

“Although it will be a sad loss for the staff and players not having her around, everyone connected with Liverpool Football Club wishes Satara the very best in the future.”