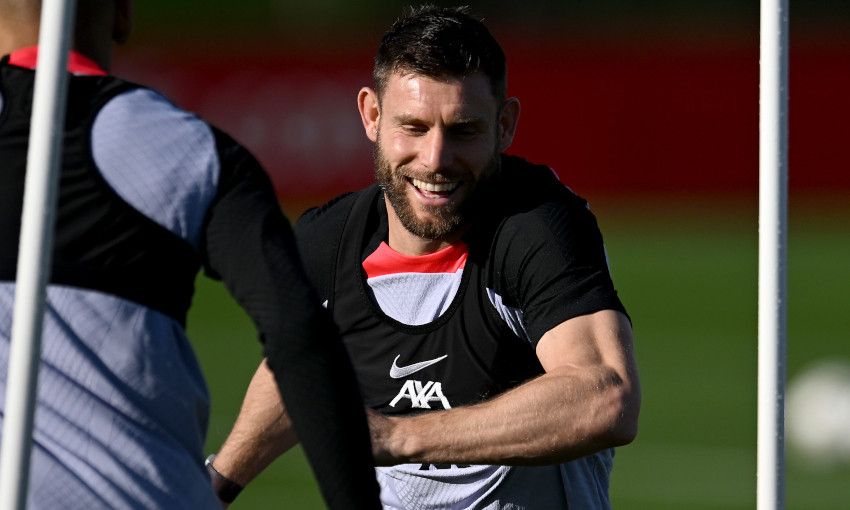 Jürgen Klopp has no fresh injury concerns ahead of Liverpool's Premier League meeting with a Southampton side under new management.

The Reds host Saints at Anfield on Saturday afternoon in their last fixture before the pause in club football for the World Cup.

And the boss reported largely positive news regarding the squad he can select from for the 3pm GMT kick-off, with his team aiming to follow up wins over Napoli and Tottenham Hotspur and the Carabao Cup shootout defeat of Derby County.

"Nobody is out from the players we had available for midweek or for the last game, I would say," Klopp told his pre-match press conference.

James Milner is coming back into contention having returned to training following a concussion and Joel Matip has also been involved alongside his teammates again.

Luis Diaz and Naby Keita are continuing their recoveries from injury, while Diogo Jota and Arthur Melo remain longer-term absentees.

"Millie is back in training today, Naby is out and running, Lucho is back on the pitch and running," Klopp added in Friday's media briefing.

"Joel trained, he trained with us, he was in three-fourths, pretty much the whole session but the last bit he didn't do. But he is now obviously available as well – would be available but has only trained once with the team."

Alisson Becker can reach the landmark of 150 league games for Liverpool, while an appearance for Curtis Jones would be his 50th for the club in the top flight.

Saints have three fitness issues ahead of their trip to Merseyside.

New boss Nathan Jones is expected to be without Juan Larios (adductor), Kyle Walker-Peters (thigh) and Tino Livramento (knee) as the only absentees from his travelling squad.

On facing the Reds, Jones said: "The respect levels have to be through the roof in terms of how Jürgen Klopp does everything.

"I'm excited to go up against him but I know it will be very difficult. He's one of the world's best coaches and that's the excitement of the Premier League.

"We'll expect the players to do the basics right and that's all I'm going to ask because then we'll go away, and we'll have a real chunk of time to work on things."