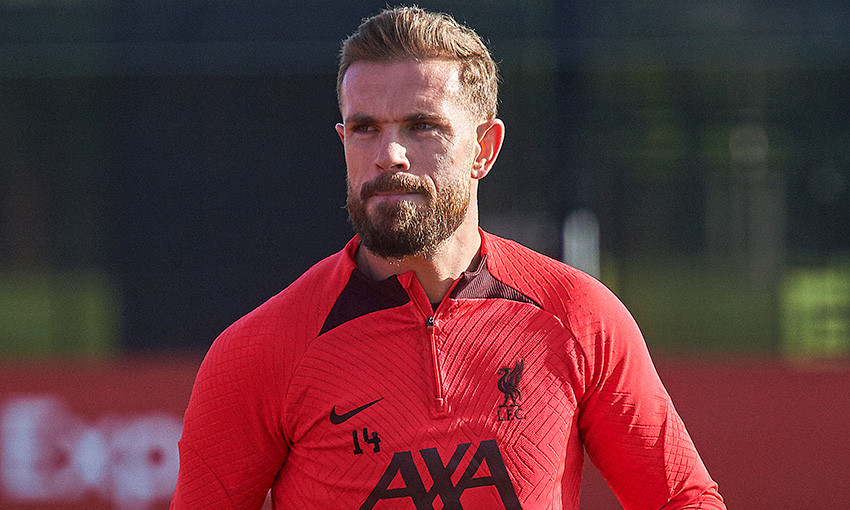 Liverpool will have Jordan Henderson available for selection when they travel to face Tottenham Hotspur in the Premier League on Sunday.

The Reds visit north London in a return to domestic action following the midweek Champions League victory over Napoli at Anfield.

Henderson missed the clash with the Serie A outfit but has made a quick recovery to hand Jürgen Klopp a midfield boost for the 4.30pm GMT kick-off.

"He trained yesterday completely normal so should be fine. He had a little thing but serious enough to not be involved in the last game."

James Milner, though, will miss the contest after being placed in a concussion protocol following his substitution against Napoli.

The boss added: "When you go through a concussion protocol you are not available for the next game because you have to go through different stages.

"Until then that's what we expect because he was yesterday already good."

Naby Keita and Joel Matip are not expected to be available, while Luis Diaz, Diogo Jota and Arthur Melo remain sidelined longer term.

Tottenham, meanwhile, have several injury concerns ahead of hosting the Reds.

Heung-min Son is undergoing surgery on a fracture around his left eye, while Richarlison and Cristian Romero have both been ruled out.

Dejan Kulusevski is battling to be fit following his recent absence and Lucas Moura is also hoping to be ready to feature.

"We need to face this situation," Spurs boss Antonio Conte said. "We need to finish these three games in the best possible way. We have these injuries. Richarlison is not available for the game, same for Romero.

"The problem with Lucas Moura is having different phases for his pain. Today it was really bad, and they said he was really worried for this. I asked him to try to be available because we need him."