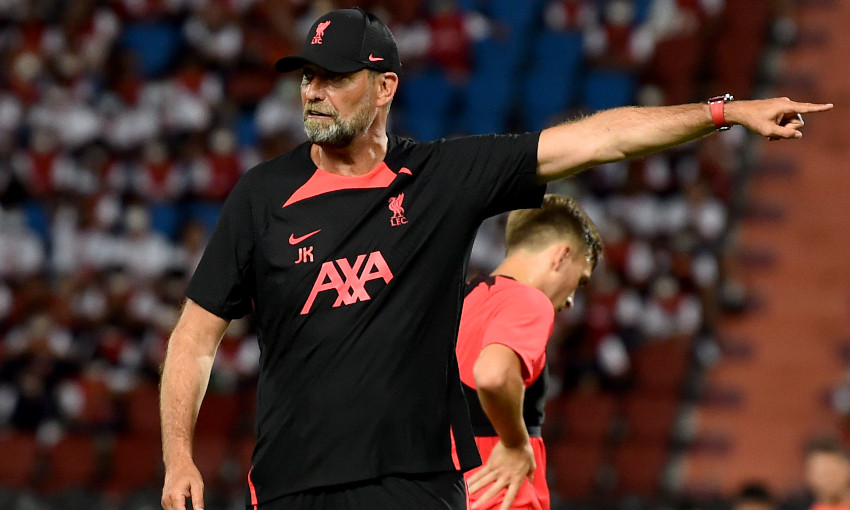 Darwin Nunez and Fabio Carvalho are set to be named on Liverpool's teamsheet for today's pre-season encounter with Manchester United in Bangkok, Jürgen Klopp has confirmed.

The duo will be joined by the Reds’ returning international contingent, who began work on Sunday after being afforded extended time off, in gaining some minutes at Rajamangala Stadium.

It means the likes of Virgil van Dijk, Mohamed Salah, Alisson Becker and Trent Alexander-Arnold will also be included in the matchday squad.

Diogo Jota won’t be involved, however, as he returns to full fitness following a hamstring issue sustained while on international duty in June.

Klopp told Liverpoolfc.com at the team hotel in Thailand: “The plan for United is to use all of our players, except a couple maybe. We will see, but we know one of them is Diogo because of a little issue he has from earlier in the summer.

“It’s nothing serious but we decided not to take the risk with him for this game, especially as it’s only our first game of the pre-season.

“Pretty much all of the rest of the boys will all get some minutes. We have brought a big squad here, some young boys and the more senior guys, and we give them all some time.

“The international boys only started back with us on Monday but, as you can imagine, they have come back in outstanding shape, which is not a surprise, so that means they will get some time tonight. We will make plenty of changes too, of course, throughout the game. We will need to.

“It means Darwin will be in the squad and Fabio will play for us for the first time and I’m sure our supporters will be pleased about that.

“But the game is an important one in our preparations, so we will give it a try and any game against United is always a good one.”