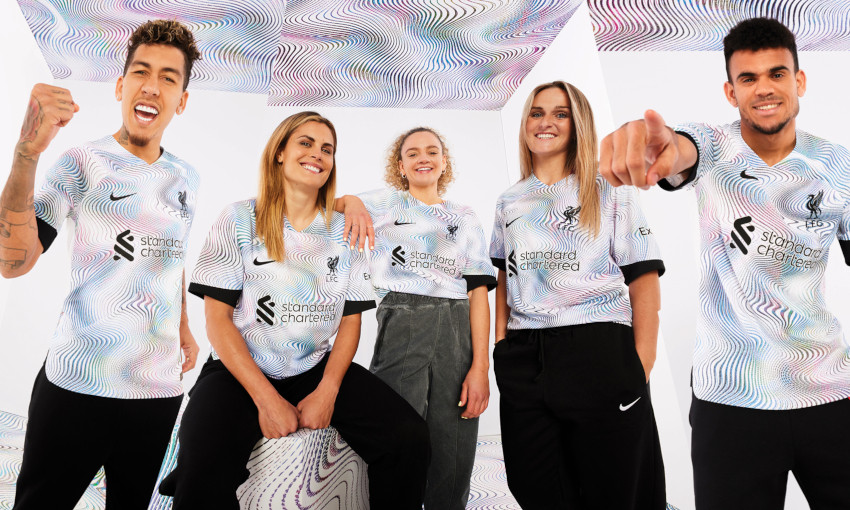 Liverpool FC has unveiled its new away kit for 2022-23 with a dizzying new design inspired by the city's vibrant music scene and in particular the pioneering role it played in the '90s dance music scene.

Playing to its own beat, Liverpool’s away shirt harps back to a time when its clubs ruled the world, with an iridescent, multi-coloured marbled pattern over a white base colour.

And fans will not have to wait long to see the strip in action, as it will be debuted by the men’s team in today’s pre-season fixture against Manchester United in Bangkok.

“We’re excited for the fans to see the new away kit from Nike,” said captain Jordan Henderson. “It’s not often we get to wear a jersey on the day of the reveal, so it will be a special moment for the squad to show off the new design in our first pre-season fixture.” 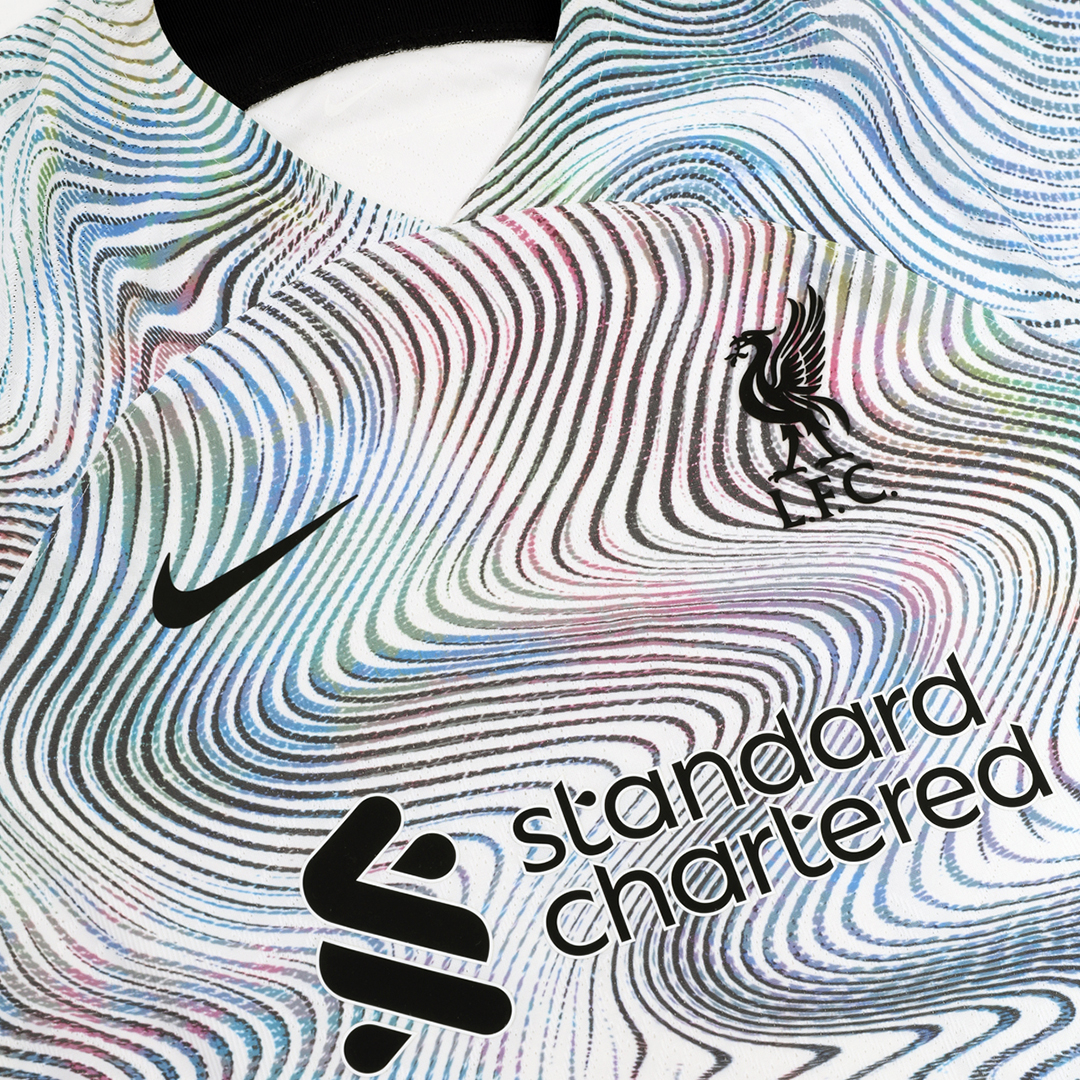 On the reverse is a striking block of white to emphasise the individuality of each player’s name and number. The shirt is finished with a black sleeve cuff anchoring the dizzying design.

The reverse of the jersey also features the 97 emblem encased by the Eternal Flames sitting proudly at the nape of the neck in memory of the children, women and men who lost their lives at Hillsborough. The change from 96 to 97 from this season is in recognition of Andrew Stanley Devine, the 97th person unlawfully killed as a result of the Hillsborough disaster.

The Nike kit is sustainably made, with on-pitch and replica jerseys constructed with 100 per cent recycled polyester fabric, which is made from recycled plastic bottles.

Plastic bottles are collected, cleaned and melted down to produce a high-quality yarn for manufacturing, part of Nike’s wider Move to Zero initiative, with football apparel leading the way in sustainability, and in line with LFC’s The Red Way initiative.

For the new season, a new LFC name and number style has been introduced for the back of shirt, which also takes inspiration from the city, with a contemporary take on Liverpool’s historic street signs. The product is printed with water-based inks as a more sustainable option and will be worn for cup competitions and friendlies.

Available in men’s, women’s and junior sizes, and in a match and stadium version, jerseys can also be personalised with Premier League or Barclays Women’s Super League name and number. The away goalkeeper kit will be all-black. 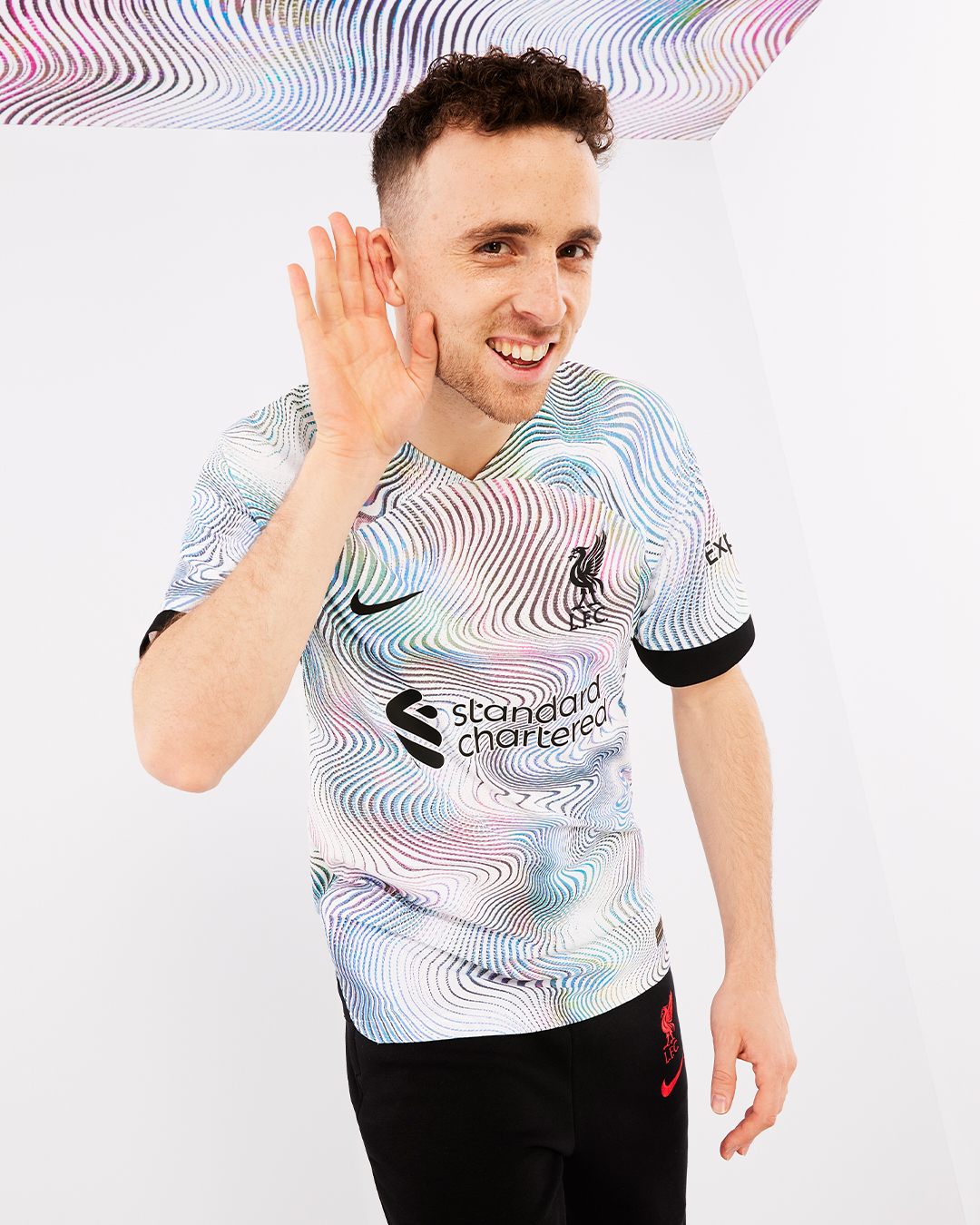 Prices have been frozen and, as with previous seasons, the club is offering a 10 per cent discount off the price of the away shirt to all LFC Official Members and season ticket holders. This is also available for UK key workers via Blue Light and Network. More information on eligibility and how to redeem the discount can be found here. UK and US students can also receive 10 per cent discount via Student Beans. Redemption information can be found here.

Wider release of the away kit will be on August 19 along with the away training kit.

Early access is online only, and orders will be dispatched in the week commencing July 18.