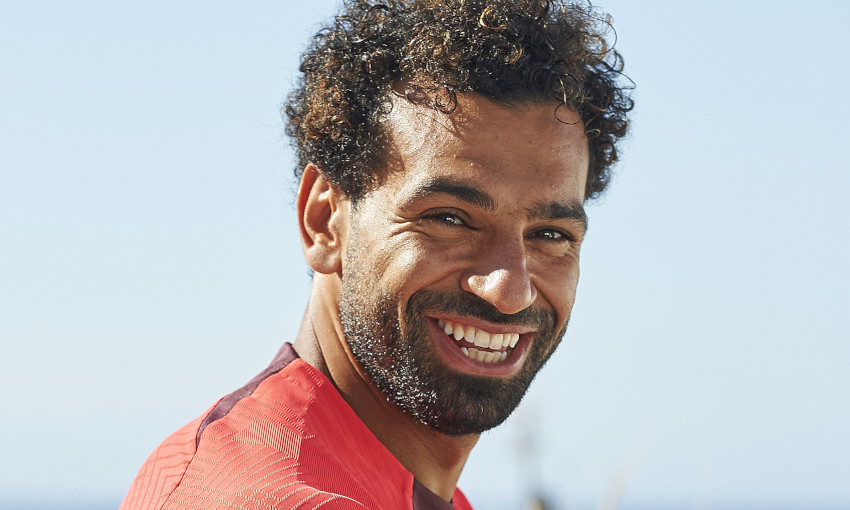 "I'm ready to go again," was Mohamed Salah's emphatic message to Liverpool supporters after he committed his long-term future to the club by signing a new deal.

The forward ensured his five-year stay with the Reds will be extended into the coming seasons by putting pen to paper on the contract on Friday.

And moments after inking the new terms, Salah sat down with Liverpoolfc.com during his holiday for an exclusive interview to outline what he is aiming to achieve over the course of the deal.

Read on for a full transcript of our chat with the 30-year-old...

Mo, thank you for allowing us to visit you during your holiday. Can you tell everyone why we're here today?

Well, I just renewed my contract and that's why we're here now.

It's fantastic news, I'm sure all of our supporters are going to be delighted. How are you feeling?

I feel great and [I am] excited to win trophies with the club. It's a happy day for everyone.

There was obviously a lot of talk, a lot of speculation, so how pleased are you to have this done and for the external focus to be on your football?

It takes a little bit of time, I think, to renew, but now everything is done so we just need to focus on what's next.

You turned 30 last month, but the general perception externally is you are a player who still has many years left at the top due to your physical condition. Is that something you agree with?

Yes, of course. I think everybody now, I can say in the last 10 days, has started to reach their peak after 30 or something. I am so excited for the next [few] years.

It was also your five-year anniversary as a Liverpool player last month. It's been an incredible journey so far…

Yeah, it's been... we won so many things together. We had some disappointments, but this is football. I have enjoyed my football here at the club and hopefully I will continue to enjoy it and win many trophies.

Is it what you expected when you joined Liverpool back in 2017?

If I look back to that time when I came, the club were not winning many things but I think the interview was with you and I told you I had come [here] to win trophies. I think we have won good trophies together [since]! And I think we can do it again.

As a person but also as a player, how are you different to the guy who walked through the door at Melwood back in 2017?

It's different. I have more experience; I know more now. You know the people in the city more, the football more, you know your teammates more, so you just learn every day when you play football. It's completely different.

In terms of you coming to Liverpool, how grateful are you to the people who showed such faith in you to bring you to the club back then?

Of course. I am sure we both did a great job - to bring me here and I did a great job with the team! I want to thank everybody who helped me to come here. There's [still] a long way to go!

It's 156 goals so far in just 254 appearances. You're the club's ninth-highest scorer of all time. You've spoken before about breaking club records, how much of an inspiration is that now you'll be here for longer?

It's great to see yourself as the ninth-highest top goalscorer for the club, especially when you do it in a short time. It's something great and I think, as I've said many times before, the most important thing is to win trophies. But I think when you score goals and help the team to win games, that's also what brings trophies. It's something I'm proud of. 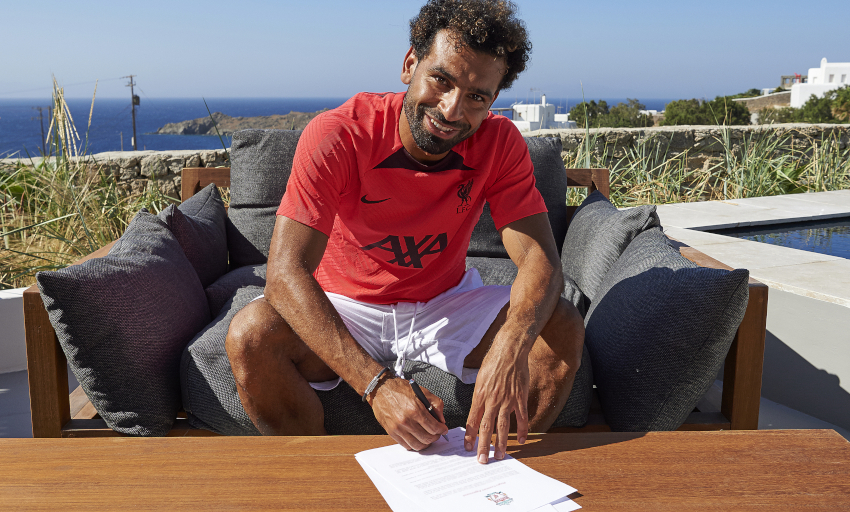 It is an amazing statistic to be ninth on the list already...

Of course, especially when you do it in a short time as a winger, with many assists. It's something great.

You've won every major trophy possible as a Liverpool player, with two more added last season. Are you confident this team is ready to compete and challenge at the highest level once again this season?

Yeah, I think you can see in the last five or six years the team was always going [upwards]. Last season we were close to winning four, but unfortunately in the last week of the season we lost two trophies. I think we are in a good position to fight for everything. We have new signings as well. We just need to keep working hard, have a good vision, be positive and go for everything again.

As you said, we also went so close in two other competitions last season. This team has shown in the past it responds to setbacks...

Yes, I think so. I think the team has what it takes to win every trophy, to fight for everything from the beginning [of the season].

I know you like the focus to be on the team, but it was a special season for yourself winning the PFA and FWA Player of the Year awards and the Golden Boot and top assist-maker in the Premier League. What are your targets for this new season?

Well, hopefully, win them again, but first the Premier League and Champions League! 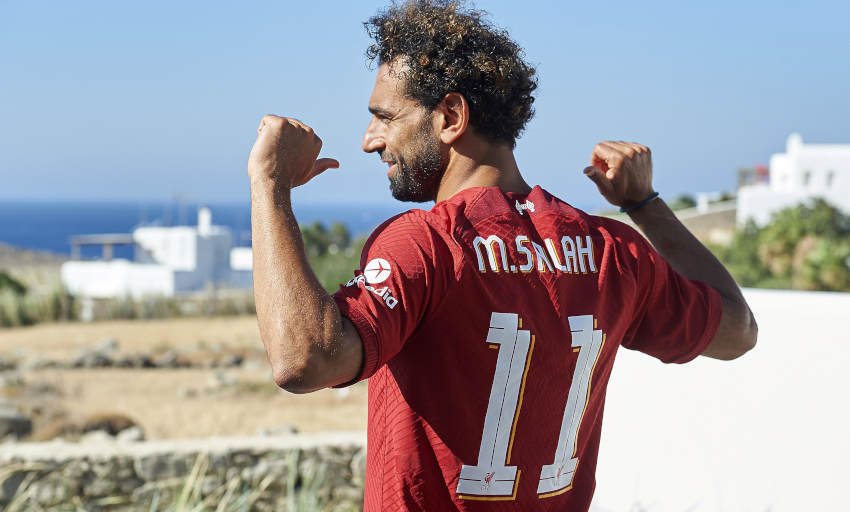 I think it's important to mention the assists - 13 in the league last season. The attack will look a little different this season with Darwin Nunez coming in and Sadio leaving. How much are you looking forward to linking up with our new signing?

I am so excited, I want to play with him. He had a good season and played good against us, home and away. Also, Sadio has left and I am going to miss him. He had great seasons with the club, so I wish him all the best. I wish Darwin all the best too to score many goals for us.

With 63 games as well as AFCON, it was an intense season for you. How important has it been for you to have some time off this summer and recharge?

It's always nice to have a break and recharge. Last season was a really long season, especially with the Africa Cup of Nations. I wish we'd won more trophies, but you can't complain - you just need to focus on next year and that's it.

You're idolised by our supporters. They've even painted a mural of you near Anfield, which I know you've been to see. What does that mean to you, their support?

It's great. The painting looks unbelievable. I was so happy when I went there [to see it on] the street and take a picture with it. I am going to post one of them soon, but it's unbelievable.

And speaking of the fans, what were your thoughts on the parade at the end of last season? We'd lost the Champions League final the night before, but over half a million people came out to greet the team...

It's something unbelievable, you wouldn't see it anywhere [else]. I think the people appreciate what we did and what we were doing during the season. There were two big disappointments for us in the last week of the season, but they know we did our best to win those trophies so that's why they were there. I want to thank them for that experience.

What is your message to those supporters today as you sign this new deal?

My message to them is, you know me and I give everything to the club. So, my message is the players in the team want to give our best next season to try to win all the trophies. As usual, you stay behind us and give us a big push and I am sure we are going to win trophies again [together].

And I'm sure they'd like to know, are you ready to go again?

Of course I am ready to go again!