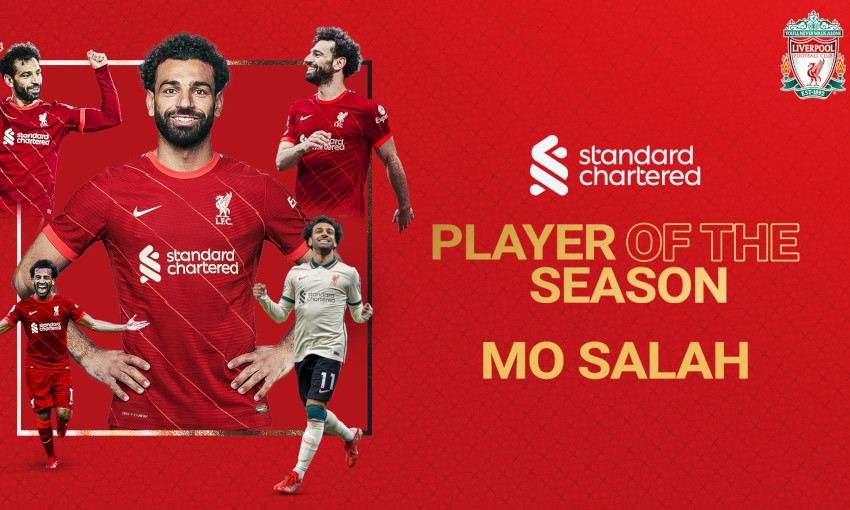 Mohamed Salah has been voted Liverpool's Standard Chartered Men's Player of the Season.

The Egyptian wins the 2021-22 prize after a vote from supporters and Forever Reds, the club's official former players association.

Salah, who scored 31 goals and delivered 15 assists in all competitions during the campaign, edged out Alisson Becker in the polls to retain the award.

It's the latest individual accolade collected by the No.11, having been named Football Writers' Association Footballer of the Year for 2022 and PFA Fans' Player of the Year.

Salah's contribution in the Premier League in the term gone by also led to him scooping up the Golden Boot and Playmaker awards.

His 23 goals saw him share the Golden Boot with Tottenham Hotspur's Son Heung-min, while he finished one above teammate Trent Alexander-Arnold in the assist rankings.

Salah reached the 30-goal mark in a season for the third time in his Anfield career, becoming just the fourth player in the club's history to achieve the feat.

He also climbed up to outright ninth place on Liverpool's all-time top goalscorers list, with his overall tally currently standing at 156 goals from 254 appearances.

On a collective level, Salah started both the Carabao Cup and Emirates FA Cup finals at Wembley as Jürgen Klopp's Reds completed a domestic double.