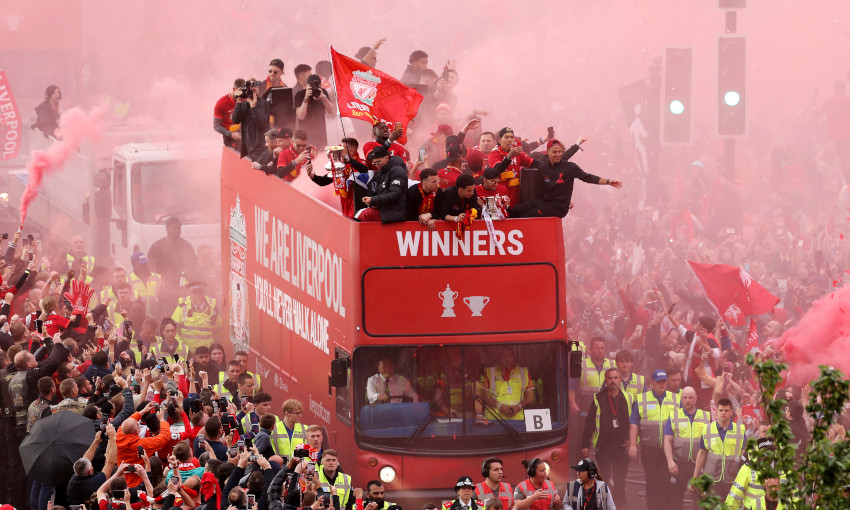 On Sunday afternoon, the Reds celebrated a thrilling campaign with a bus tour through the city that was attended by an estimated 500,000 supporters.

Jürgen Klopp’s men toasted a season in which they lifted the Emirates FA Cup and Carabao Cup while also finishing runners-up in the Premier League and Champions League, and LFC Women marked their promotion and FA Women’s Championship title amid stunning sounds and colours.

See how the unforgettable occasion unfolded in the video below.