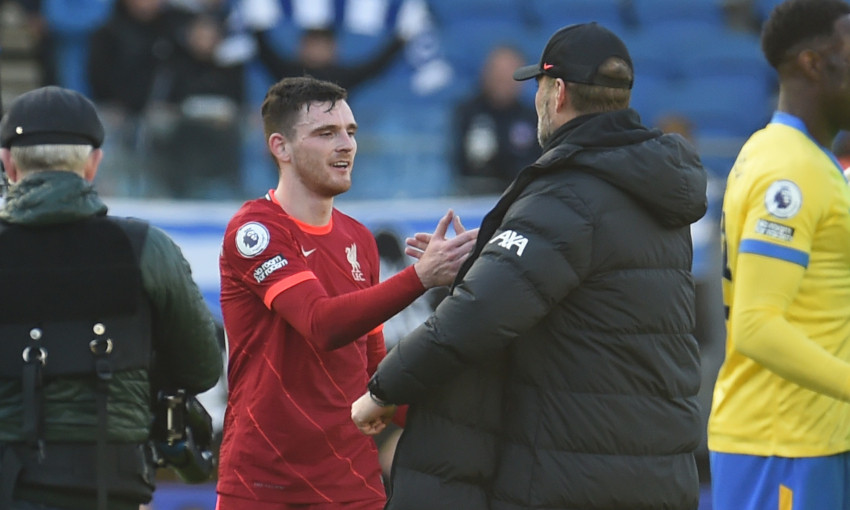 Andy Robertson says Liverpool must just 'keep ticking off the games' as they continue their pursuit at the top of the Premier League table.

Jürgen Klopp’s second-placed side kept up the pressure on top-flight leaders Manchester City on Saturday thanks to a 2-0 victory over Brighton & Hove Albion.

Goals from Luis Diaz and Mohamed Salah at the Amex Stadium were enough for the Reds to return to Merseyside with an eighth successive win in the division, moving back to within three points of Pep Guardiola’s City, who face Crystal Palace on Monday night. 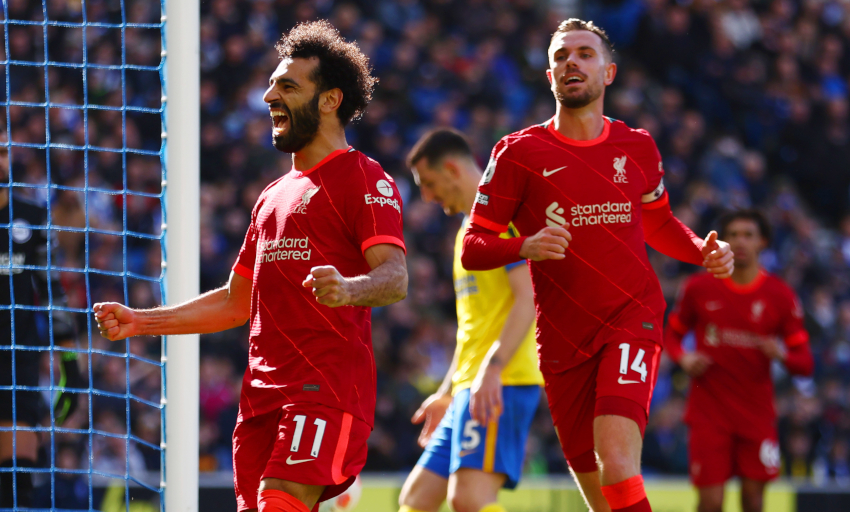 Attention now swiftly turns to a trip to Arsenal in league action again in midweek, with another quick turnaround awaiting Klopp’s squad.

“We’ve not really got much time to think about it, to be honest,” Robertson told Liverpoolfc.com of the title race.

“There are games coming thick and fast, we are playing in every competition going, we are just trying to take every game as they come. It’s important that physically we stay prepared, but also mentally as well. I think we are really good at that.

“I think we are very good at getting mentally prepared for every single game as if it’s the most important, because it is, that’s the only one we can play today and forget about what’s coming next.

“It’s going to be an exciting run-in hopefully, we need to keep winning games, we are the chasing pack and we need to keep ticking off the games and hope obviously Manchester City drop points.

“But all we can do is control the games that we can win and if we do that let’s see where it ends up in May. It’s probably not got to the exciting point just yet. We’ve still got a lot of games to go and we just need to keep ticking them off one by one.”

Robertson also praised Alisson Becker for his role in the victory over the Seagulls after the Brazilian produced a vital late save from Danny Welbeck on the south coast to maintain a clean sheet.

“Credit to him,” the No.26 added. “He was quite quiet throughout the whole game, the balls going in behind he was quick to react but other than that not many saves to make, and then he pulls off an unbelievable save at the end.

“It just shows you that you always need to stay concentrated, you need to stay in the game at all times and I think we all did that really well today.