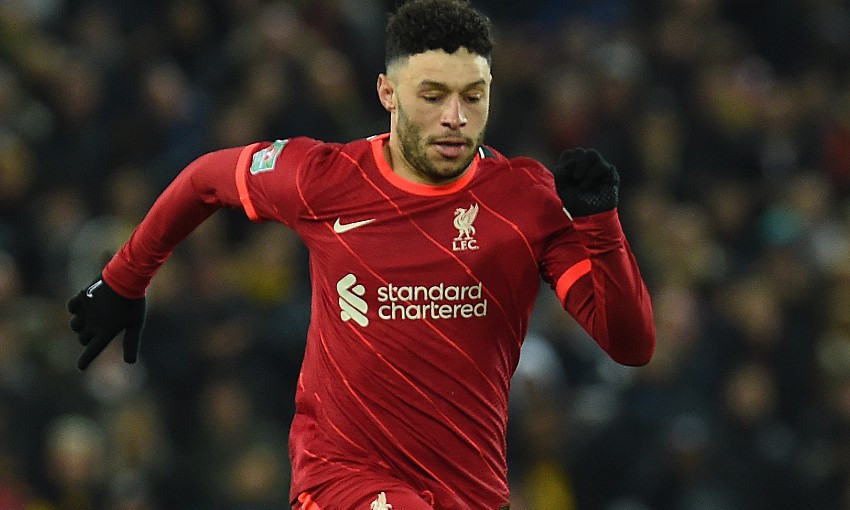 Jürgen Klopp provided updates on the fitness of Joel Matip and Alex Oxlade-Chamberlain while expressing his hope that no fresh injury concerns will emerge ahead of Liverpool’s trip to Crystal Palace.

Matip was withdrawn at half-time of the Reds’ Carabao Cup semi-final second leg win at Arsenal on Thursday night, with Klopp confirming on Friday that his substitution was precautionary.

“No, Joel was not tactical. My God, how good was Joel,” the boss said.

Oxlade-Chamberlain missed the game at Emirates Stadium due to an ankle issue and Klopp is unsure whether he will be in contention to play at Selhurst Park on Sunday.

“Ox, we hope and pray, he was running yesterday [Thursday] but we don’t know what that exactly means for today. It would be helpful if he could train before the game. I don’t know yet,” the manager stated, before offering a general squad update.

Klopp continued: “The rest as far as I know were only knocks. Yes, we got knocks, proper knocks. Wow, second yellow from Partey against Fabinho, that was a proper knock.

Meanwhile, Harvey Elliott is on course to be available after the upcoming international break. The No.67 returned to team training earlier this week, four months on from sustaining a serious ankle injury.

Naby Keita, Sadio Mane and Mohamed Salah are, of course, on international duty at the Africa Cup of Nations (AFCON).

For Palace, Ghana’s elimination from AFCON could mean Jordan Ayew is involved against Liverpool, but Cheikhou Kouyate and Wilfried Zaha remain away at the tournament.

Patrick Vieira was asked on Friday whether Ayew could start.

“We don’t know, we still have a couple of days before the game,” the Eagles boss replied.

“He was in today and took part in the first part of training. We will have a discussion tomorrow [Saturday] to find out how he’s feeling.”

Vieira, who reported that James McArthur and James Tomkins are Palace’s only injury absentees, went on to say that he has a tough decision to make in terms of selecting his starting XI.

He continued: “This is exactly what I want from the players. It is for them to compete for the position, and when they have that opportunity to play, to show how good they are for the good of the team.

“Michael [Olise] did really well for us, and he has to keep challenging for the starting XI. Same for Jack [Butland], he has to push Vince [Guaita] and I think that will be raising the demands and the quality of the team.”

The reverse fixture at Anfield in September ended in a 3-0 victory for the Reds.

Vieira stated: “There were positives to take from that game because we created enough to score a couple but on the other side we came home with a loss and conceded three goals. Analysing that game we knew it was one we needed to improve.

“I think the team is getting better but we’re not there yet. Liverpool, I believe, is one of the greatest teams in Europe. The way they play, they might win or might lose, but you’ll enjoy watching because of the intensity.

“It’s going to be a challenge for us but our record at home has been good and we have to give them the game they expect: a difficult one.”