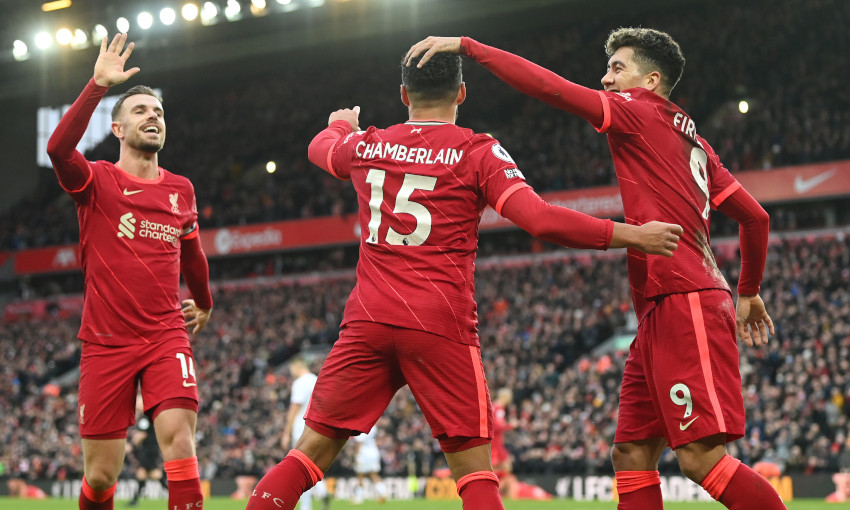 Liverpool moved up to second in the Premier League table after beating Brentford 3-0 at Anfield on Sunday afternoon.

Fabinho opened the scoring just before the interval for the Reds, converting with a close-range header at the back post from a corner.

Alex Oxlade-Chamberlain doubled the lead on 69 minutes when he diverted an Andy Robertson cross home with his head.

Takumi Minamino came off the bench to claim a third after Roberto Firmino had regained possession from a Brentford goal kick.

The result moves Liverpool up to second in the standings, leapfrogging Chelsea with a game in hand on the Londoners.

Liverpool made two changes from the draw with Arsenal on Thursday night, with Curtis Jones and Oxlade-Chamberlain replacing James Milner and Takumi Minamino in the line-up. 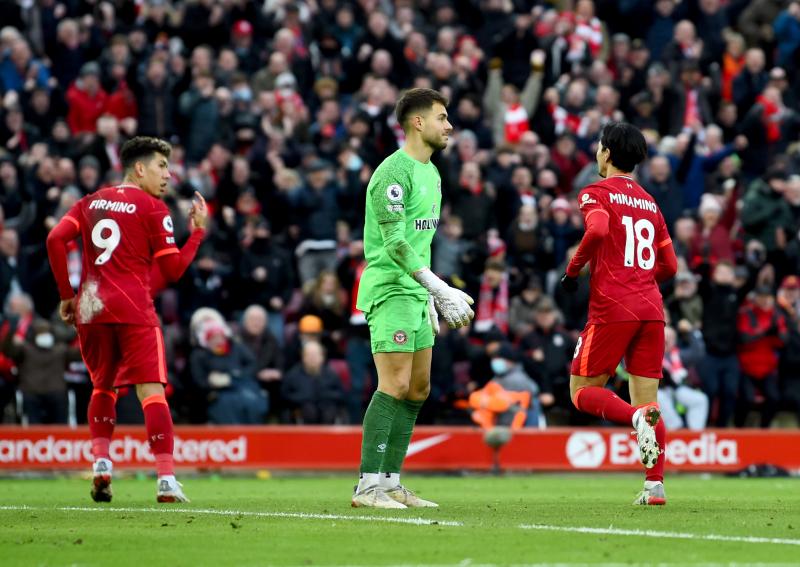 Liverpool kicked off on a crisp winter’s afternoon at Anfield aiming to end a sequence of three Premier League games without a victory - and they duly made a purposeful start.

Diogo Jota sent a header spinning over the crossbar before Trent Alexander-Arnold’s surge into the area resulted in a left-foot shot being blocked by Rico Henry inside the opening 11 minutes.

Alexander-Arnold went close again soon after, this time arrowing a drive a fraction the wrong side of the upright from the edge of the box.

It was the full-back who then delivered the set-piece that found the head of Joel Matip, but he nodded wide at the back post.

It was another dead-ball situation that fashioned Liverpool’s next chance, too. This time Virgil van Dijk had a snapshot saved on the line by the shin of Fernandez following a corner.

Vitaly Janelt registered Brentford’s first shot on goal, hoisting over the crossbar from range just after the half-hour mark.

With half-time approaching, a trademark run forward from Matip resulted in a shooting opportunity for the centre-back, but he miscued enabling Fernandez to make a routine take before Jota was foiled in the area by a block from Henry.

But finally, the deadlock was broken by the hosts a minute before the interval, just as Brentford were beginning to pose questions of their opponents’ defence.

A corner from the left skimmed off the head of Van Dijk and bounced up for Fabinho at the back post, who diverted it over the line to send Liverpool in ahead at the break.

The Brazil midfielder was first to test Fernandez after the restart, hooking a shot goalwards from 20 yards that the ‘keeper needed to dive to his right to collect.

Brentford’s stopper was then required to pluck a strike from Jones out of the air after the No.17 had danced his way into space on the edge of the area.

The Bees offered a warning when they went close to drawing level in the 58th minute, with Bryan Mbeumo arching just wide of Alisson Becker’s post from inside the box.

At the other end, Jota saw a low hit rebound off the base of the post after the ball had broken invitingly for him inside the area.

The forward was then left clutching his head in his hands once more soon after, this time being denied by a sprawling stop from Fernandez after bursting beyond Kristiffer Ajer in the area.

But a second did eventually arrive on 69 minutes when Robertson’s sublime cross from the left was met with a header on the stretch from Oxlade-Chamberlain to push the ball into the corner.

The scorer picked up a knock soon after and was replaced by Minamino, who wasted no time in getting his name on the scoresheet.

Firmino pressed Pontus Jansson into conceding possession following a pass from Fernandez at a goal kick before rolling to his teammate to sweep in a third.

Kaide Gordon came off the bench to make his Premier League debut as the game entered its final stages – and the 17-year-old was denied a goal as Fernandez saved his strike after running clear.

Alexander-Arnold was also a fraction away from furthering the advantage when his crisp strike went close to finding the far corner, but the outcome had long been determined as the Reds returned to winning ways.